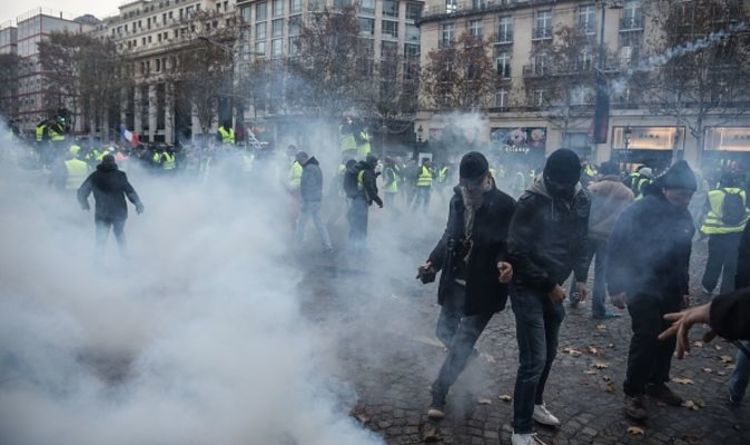 French police locked horns with thousands of angry protesters who stormed the streets with placards wearing yellow vests before hurling objects at riot police. Shocking images show demonstrators waving an array of flags and ramming meal barriers into police, with some being dragged away from the scene by officers. Paris is currently under a fog of tear gas, with demonstrators also pictured using water cannons to fire at police. Officers are also seen edging closer to protestors using a wall of their shields.

In other scenes, chairs from local cafes and restaurants were stacked up along with other wooden objects, sparking fears fires could also start in the city.

A man armed with a grenade demanding protestors were listened to in Angers was also arrested by police hours before the protests were due to take place. He was taken to custody following several hours of negotiations with officers that eventually saw him surrender at 10.30pm local time (9.30pm GMT) last night.

French police said that “the 45-year-old was holding a grenade in his hands, demanding “the yellow vests be received at the Élysée” Palace, the president’s official residence in Paris.”

The protests are over nationwide fury about the rise of fuel costs with diesel, the most commonly used fuel in French cars, rising by around 23 percent over the past 12 months to an average of €1.51 (£1.32) per litre.

The cost of the fuel is at its highest in France since the millennium.

To make matters worse, French President Emmanuel Macron then raised the nation’s hydrocarbon tax this year by 7.6 cents per litre on diesel and 3.9 cents on petrol as on January 1 2019.

He did this under a campaign for cleaner cars and fuel – but this was seen as the final straw by demonstrators.

Since coming to power, Macron has seen off trade union and street demonstrations against his changes to the labour rules, and overhauled the heavily indebted state rail operator. Foreign investors have largely cheered his pro-business administration.

But political foes have dismissed him as the “president of the rich” for ending a wealth tax, and voters appear to be growing restless, with the 40-year-old president’s popularity slumped at barely 20 percent. 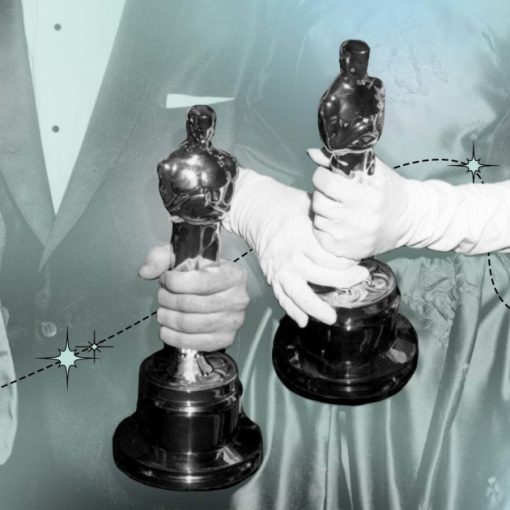 Hollywood’s biggest night is back. This year’s Oscars are returning to the beloved Dolby Theatre on Sunday after having switched to a […] 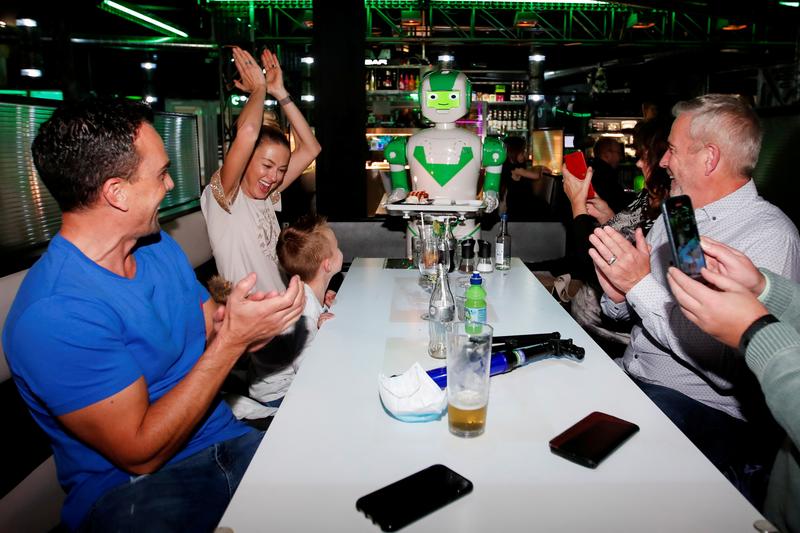 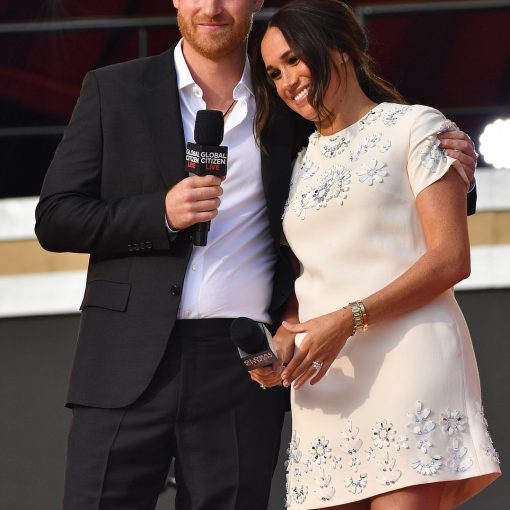 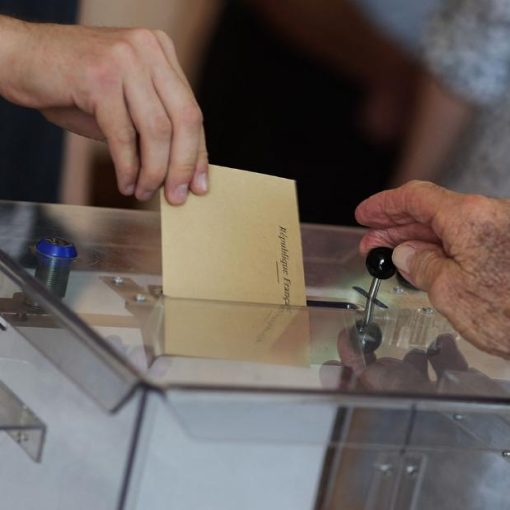 Based on 90 percent of the total votes counted on Sunday evening, Ensemble has collected 25.37 percent (5.1 million votes), while the […]