California is on fire, and the Democrats just won back the House. Minority Leader Nancy Pelosi — whose district sits not far from the flames — took this historic opportunity to propose a bold solution: reviving a toothless, decade-old committee to, as the New York Times reported, “educate the public about the impact of more frequent extreme weather events.”

Do Californians need a committee for that? Several dozen millennials from the groups Sunrise Movement and Justice Democrats don’t think so. On November 13, they crowded into Pelosi’s office for a sit-in and to ask the aspiring speaker of the House, “What’s your plan?”

Demonstrators and incoming Democratic Congress members Rashida Tlaib, Deb Haaland, Ro Khanna and Alexandria Ocasio-Cortez — who joined protesters in Pelosi’s chambers — are calling for something else: a Green New Deal. More specifically, they want to create a committee tasked with finding a way to transition America off of fossil fuels over the next 10 years and empowered with the authority to set that plan into motion with legislation. Politicians who accept campaign contributions from the fossil fuel industry would be barred from participating.

What would such a Green New Deal actually entail, and why should Democrats back it — aside from the fact that the alternative could condemn hundreds of millions of people to death?

Ironically, while it was Pelosi who called for the Democratic House to embrace a “bipartisan marketplace of ideas” after election day, those pushing her on the climate may have a better plan for reaching across the aisle. After all, Green New Deal-style policies enjoy majority support in states ranging from deep blue to dark red.

So what would such a Green New Deal actually entail, and why should Democrats back it — aside from the fact that the alternative could condemn hundreds of millions of people to death?

For one, it’s the only proposal on the table in line with the scientific reality of climate change. President Donald Trump and a majority of the GOP Congresspeople deny that significant climate change policies are needed. But besides paying lip service to the science and standing by the Paris Agreement, even the Democratic Party has largely not pushed for the sweeping changes scientists say are needed: cutting emissions by around half by 2030 and achieving net zero carbon emissions by 2050 at the absolute latest. Getting there, says the U.N. Intergovernmental Panel on Climate Change (IPCC), will require “unprecedented transitions in all aspects of society” and what other scientists have likened in scale to the U.S. mobilization around World War II. About four-fifths of all known coal reserves, a third of oil reserves and half of gas reserves will have to be kept underground, unburned and out of energy markets.

Like the first New Deal, then, the Green New Deal isn’t a specific set of policies so much as a values framework under which any number of policies can fit. Electrifying everything, constraining the power of the world’s most powerful industry and preparing for what will almost certainly be the largest mass migration in human history don’t slot neatly into a single Medicare for All-style policy or slogan. On the other hand, neither did clawing our way out of the Great Depression. After 40 years of neoliberal economics espousing the idea that, per Margaret Thatcher, there is “no such thing as society,” the Green New Deal asserts the now apparently radical idea that the government has a responsibility to provide society with a decent quality of life, including a planet that isn’t actively hostile to human life.

Smartly, calls for a Green New Deal help tie solutions to the climate crisis to the promise of a stronger and more equitable economy, upending the false “jobs versus environment” dichotomy that conservatives and the fossil fuel industry have worked so hard to cultivate. Thanks to their success on that front, climate change has been framed as an issue of collective sacrifice, requiring all of us to give up everything from plastic straws to jobs to hamburgers. Even favored Democratic proposals like cap-and-trade and carbon taxes feed the notion that everyone will have to pay up. (This narrative was exploited successfully in November in Washington state, where the oil and gas industry spent some $30 million to defeat what would have been the country’s first statewide carbon pricing mechanism.)

Calls for a Green New Deal help tie solutions to the climate crisis to the promise of a stronger and more equitable economy, upending the false jobs-vs.-environment dichotomy.

The fossil fuel industry loves the idea that all of us are to blame for our warming planet, because it allows them to rhetorically align themselves with everyman oil workers and against jet-setting billionaires like Tom Steyer or Michael Bloomberg. In the process, they shift both the conversation and the responsibility away from the 100 fossil fuel producers that have been responsible for 71 percent of greenhouse gas emissions since 1988.

The really inconvenient truth about climate change — the thing that could build popular momentum around doing something about it, at the expense of fossil fuel industry profits — is that the solutions for it stand to dramatically improve the lives of millions of people, especially compared to the collective but unequally distributed ruin we face otherwise. A job guarantee — a centerpiece of several Green New Deal proposals endorsed by politicians from New York Sen. Kirsten Gillibrand to Ocasio-Cortez — could end involuntary unemployment as we know it, providing a well-paid job to everyone who needs one.

New York could finally fix the MTA, as cities around the country get robust public transit networks and beautiful, no-carbon public housing of the sort found in locales from Vienna to Chile. And from Appalachia to Alaska, communities whose livelihoods have been bound up in fossil fuels could receive the investments needed to diversify their economies, as coal miners and rig operators are re-trained by their unions to help build the clean-energy future.

Spain recently helped show what this future could look like. The country’s new social democratic government plans to shutter its last coal mines by year’s end. With the support of Spanish trade unions, they’ll also invest the relatively small sum of $282 million to put the country’s already-shrinking fleet of coal workers to work restoring former mines and learning new skills in the renewables sector.

Lest this transition be all about work, though, refocusing the economy around producing more of what we need — renewable power, care work, education — and less of what we don’t — fossil fuels and cheap junk — also could shorten America’s outrageously inflated work week.

For these and other reasons, a Green New Deal would be wildly popular. Polling from the upstart progressive think tank Data for Progress suggests that a majority of Americans in every state support calls for a federal job guarantee, even more so if those jobs help push us toward a low-carbon future. Newer polling has also found that 66 percent of Americans overall support a green jobs program, and that only 12 percent would oppose such a plan. Support is stronger still among people under 45, who are on the cusp of becoming the country’s largest voting bloc.

While it’s hard to imagine Democrats pushing even popular legislation through while Republicans control the Senate and the White House, they can still put the ruling party in a tough spot as the 2020 election looms. A national debate over a Green New Deal would force the GOP to openly side with their fossil fuel executive donors instead of the American public, and argue against what could potentially become the biggest job creation program in American history. If the GOP is willing to spend $3.8 trillion on tax cuts for the wealthy, why won’t it invest even a fraction of that sum providing a dignified quality of life for the country’s less than 80,000 remaining coal workers as their mines continue closing? Whether they believe in climate change or not, it would be hard for lawmakers to justify rejecting a plan to lift millions of Americans out of poverty and bring the nation’s crumbling infrastructure fully into the 21st century. Why hold the future of today’s children hostage for the profits of a few multinational corporations?

“Little groups of earnest men and women have told us of this havoc… the evils that we have brought upon ourselves today and the even greater evils that will attend our children unless we act,” President Franklin Delano Roosevelt told Congress in 1935, requesting $4 billion for public works projects. “Such is the condition that attends the exploitation of our natural resources if we continue our planless course.”

Eight decades later, the Democratic Party’s Congressional leadership can listen to today’s little earnest groups and commit to planning for a Green New Deal. Or they can join Republicans on their planless course toward even greater evils.

Kate Aronoff is a Brooklyn-based writer covering climate and American politics, and a regular contributor to In These Times. She is the co-editor, with Michael Kazin and Peter Dreier, of a forthcoming anthology about democratic socialism in the United States. 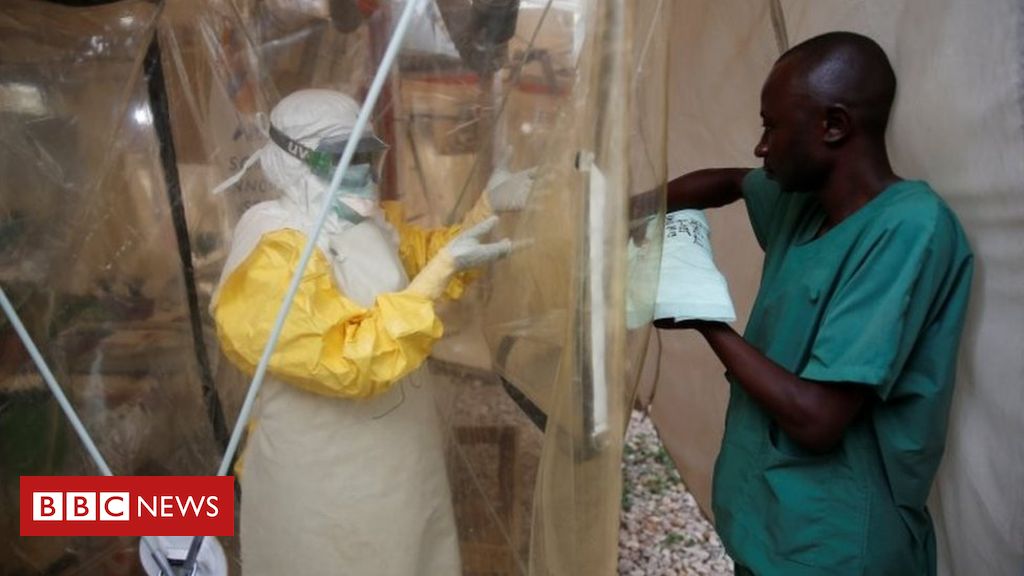 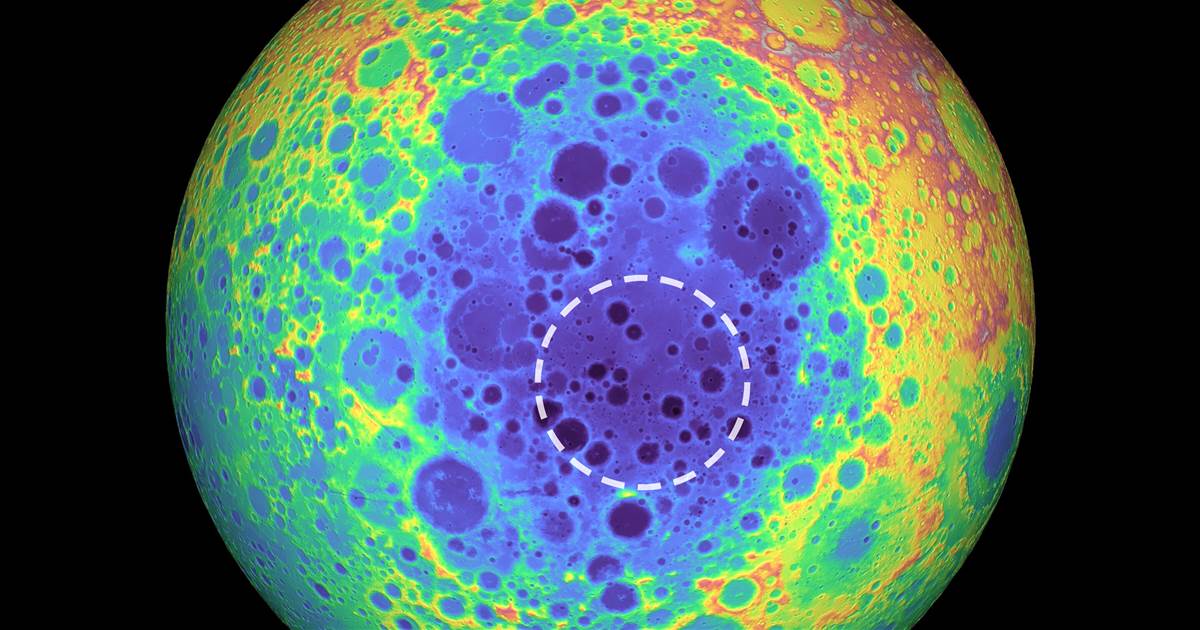 A huge mysterious blob has been discovered lurking far beneath the solar system’s largest crater, a vast depression on the moon known […] 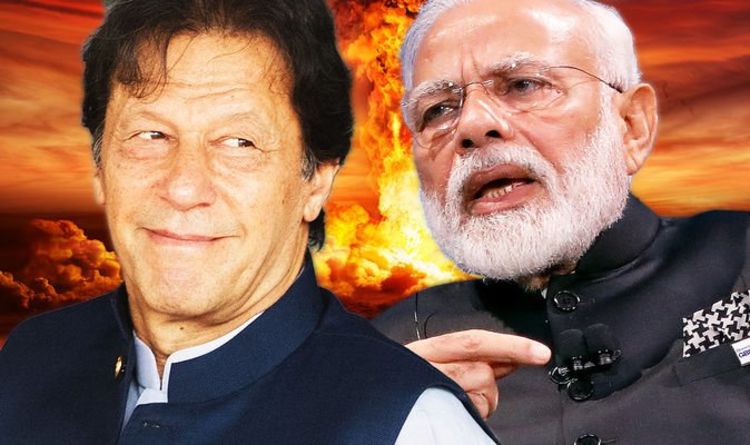 Fears of nuclear conflict between India and Pakistan remains high as the two nations both continue to bolster their military forces. The […]