That is the belief of sports broadcaster Colin Cowherd.

James departed his home state team for the second time in his career in the summer, opting out of the final year of his contract to hit free agency – eventually choosing to join the Los Angeles Lakers.

And he makes his first return to the Quicken Loans Arena since then tomorrow night (1am UK time) to face a Cavs team desperately struggling, with just two wins from 15 attempts so far this season.

Discussing his exit, James has suggested that the Cavs’ downturn began a year before he left – and rather when the want-away Kyrie Irving was traded to the Boston Celtics in August 2017.

The four-time MVP told The Athletic that he asked general manager Koby Altman not to trade Irving for the detrimental effect it would have on the Cavs’ hopes of downing the Golden State Warriors again, hinting that owner Dan Gilbert overruled the Cavs chief.

And Cowherd believes Gilbert is the main reason James joined the Lakers.

That’s because LeBron didn’t always see eye-to-eye with the owner following his reaction to the 33-year-old’s first Cleveland exit eight years ago.

Gilbert penned to fans in an open letter after James’ decision to join the Miami Heat: “As you now know, our former hero, who grew up in the very region that he deserted this evening, is no longer a Cleveland Cavalier. You simply don’t deserve this kind of cowardly betrayal.”

Reading from the interview with LeBron, Fox Sports analyst Cowherd told The Herd with Colin Cowherd: “Koby Altman told me he would not trade Kyrie Irving to the Celtics and then the deal was complete the same day.

“James said, ‘At that point in time you realise that Koby Altman’, the rookie GM, ‘…is not the only one running the team.’ Translation: LeBron didn’t leave Cleveland, he left Dan Gilbert.

“They still have relationships with all those guys. Kareem [Abdul-Jabbar] they’ve got a relationship but Kareem is stoic and aloof. Look at the Lakers and the Buss family, you’re part of a family, they’re not jealous or insecure.

“Dan Gilbert has the best player in the NBA for 15 years and he butchers it twice. There should be a bad owner’s Hall of Fame, put Gilbert in there.

“’Dan Gilbert needed assurances’ – here’s the assurance, when LeBron’s there you’re good, when he’s not you stink. That’s the only assurance you need.

“This is a league about players and stars, not owners. Now we know the truth.

“LeBron wasn’t being unreasonable, ‘Don’t trade Kyrie, he’s the second best on the team and one of the top 15 in the world.’

“That’s not an unreasonable demand and they butchered it. Dan Gilbert wants to be the star.”

Philadelphia woke up on Monday to the grim news of another homicide, this one a fatal shooting of a nurse at a […] 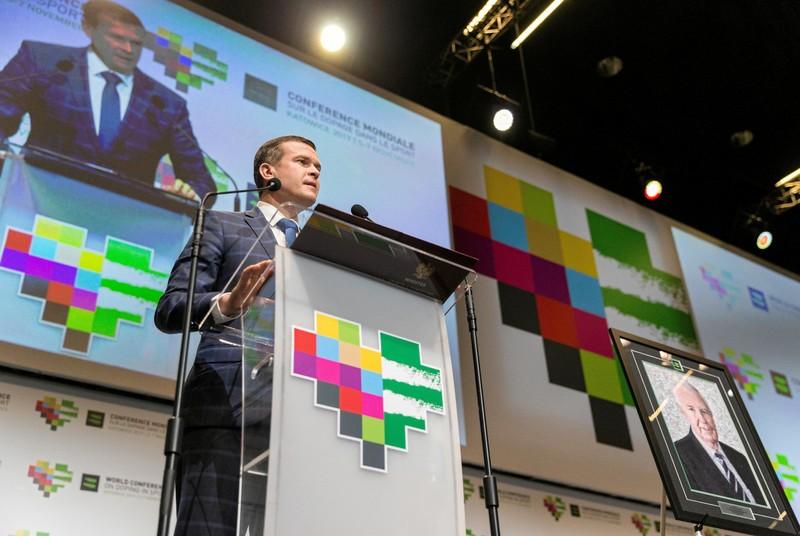 Coco Gauff’s career is idling along with those of all her locked-down rivals, but her mentor, Patrick Mouratoglou, who has guided Serena […]