Sonny Raguindin remembers taking refuge with his daughter at their church the morning of Oct. 25 as violent winds and heavy rains destroyed their home about four miles away.

Storms aren’t out of the ordinary for Raguindin, who grew up in the Philippines and has lived on the Pacific Island of Saipan for the last 16 years. But Raguindin said Super Typhoon Yutu, which hit the U.S. commonwealth of the Northern Mariana Islands in October, was unlike anything he had ever experienced.

With maximum sustained winds of 180 miles per hour, Super Typhoon Yutu may be the strongest storm to ever hit the Northern Mariana Islands — an archipelago of 14 islands in the Western Pacific — according to NASA.

After the storm died down, Raguindin returned home to find an unsalvageable pile of rubble. His house’s walls had collapsed, he said, the roof was gone and all his belongings had been blown away.

Raguindin is among at least a few thousand commonwealth residents who lost their homes in the storm and are ineligible for some forms of recovery assistance because of their immigration status.

The Northern Mariana Islands, which became a U.S. territory in 1975, is home to more than 52,000 people who live primarily on three islands: Saipan, Tinian and Rota, according to 2015 data.

In 2018, 8,228 guest workers received special permits, according to Department of Homeland Security data. More than 5,000 were from the Philippines.

Those guest workers work primarily in construction and hospitality. The group is a large component of the islands’ economy: The U.S. Government Accountability Office projected in 2015 that if all those workers — about 45 percent of the workforce — were eliminated, the GDP of the commonwealth would suffer a 26 to 62 percent reduction.

But those in the program aren’t eligible for a federal program that helps disaster victims repair and rebuild their homes.

FEMA’s Individuals and Households Program offers U.S. citizens and some qualified non-citizens (such as those with green cards) various services after disasters, including cash assistance, home repair and construction, and reimbursement for short-term housing. Guest workers are ineligible for the program.

According to the American Red Cross, more than 3,000 homes across Saipan and Tinian were totally or majorly damaged, while about 2,100 sustained minor damage. It is unknown how many of those housed guest workers.

Wendi Herring, general manager of Fiesta Resort and Spa, a hotel on Saipan, said in an email that guest workers are critical to the region’s tourism industry. She added that they account for 35 percent of the hotel’s employees.

“Without them, we would not be able to operate and further develop tourism because there are simply not enough US qualified resident workers available to sustain the industry,” she said.

Many guest workers have lived in the islands for three decades, according to Steven Pixley, chief legal counsel for Tan Holdings Corporation, which employs more than 400 of those employees. But Bruce Mailman, an immigration attorney on Saipan, said their visas don’t provide a path to U.S. citizenship.

For guest workers who don’t have U.S. citizen children, other non-cash emergency assistance is available, according to FEMA spokesman David Gervino, such as shelter, meals, water and emergency medical care.

Other groups are also helping residents regardless of immigration status, including the American Red Cross, the U.S. military, Salvation Army, local organizations and grassroots donation drives across the U.S. mainland.

Still, getting aid for U.S. citizen children and from non-government groups can be challenging.

Bheng Tanghal, a Philippine national who lives on Saipan as a dependent of her guest worker husband, said in Filipino that she was discouraged from applying for government aid for her U.S. citizen sons after being denied years ago.

She added that the Red Cross offered her materials to fix her home after an earlier typhoon, but the family could not afford the cost of labor.

Raguindin said he has received $50 from the Philippine Consulate in Guam, food from the U.S. military, and a solar light, tarp and water filter from international relief organization Samaritan Purse.

But three weeks after the storm, he and his daughter are still homeless and remain at the church that sheltered them from the typhoon.

Raguindin added that when Typhoon Soudelor slammed the region in 2015, he didn’t qualify for FEMA cash assistance. Because of that, he said he’s questioning whether he wants to stay in the commonwealth, where he has worked as an air conditioning technician for the last 16 years.

Jenny Hegland, liaison for national partnerships and former director at Commonwealth Advocates for Recovery Efforts, a nonprofit dedicated to serving families with long-term unmet needs from disasters, estimates that, based on Red Cross figures, at least 12,400 residents are displaced.

Hegland noted that most guest workers rent rather than own homes. Given that, a crucial piece of recovery involves working with landlords to repair and rebuild housing. Rebuilding is an expensive component of the recovery process, she added, as it costs at least $25,000 to build a safe structure that can withstand typhoons the region experiences.

Based on the time it took the commonwealth to rebuild after Typhoon Soudelor in 2015 and the extent of the damage this time around, Hegland anticipates it will take between three to five years at minimum to fully restore the islands after Typhoon Yutu.

Multiple commonwealth residents and leaders said the storm affected residents indiscriminately, so it’s important for everyone — regardless of immigration status — to get the aid they need to rebuild and recover.

“The CNMI’s CW-1 workers are part of our island community and are suffering alongside US residents in the wake of this monster storm,” Herring, the general manager of Fiesta Resort and Spa, said, referring to the guest workers. “Should they not receive some form of assistance. … The impact and toll that would take on their quality of life is unimaginable.” 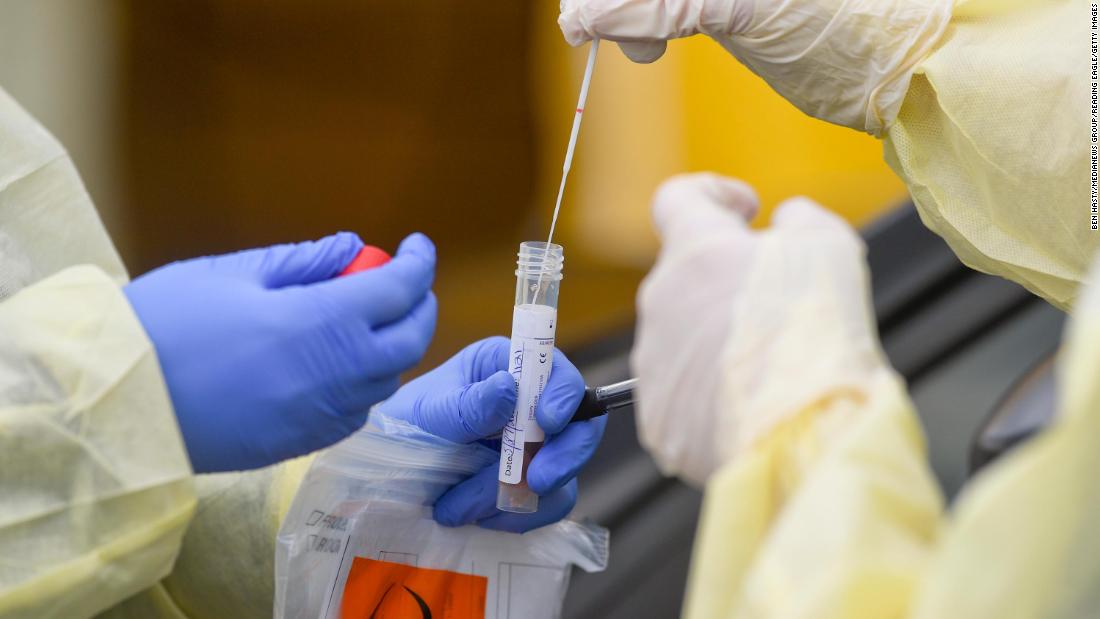 Larry Kudlow, the President’s top economic advisor concurred, adding “the President is right. The cure can’t be worse than the disease. And […] 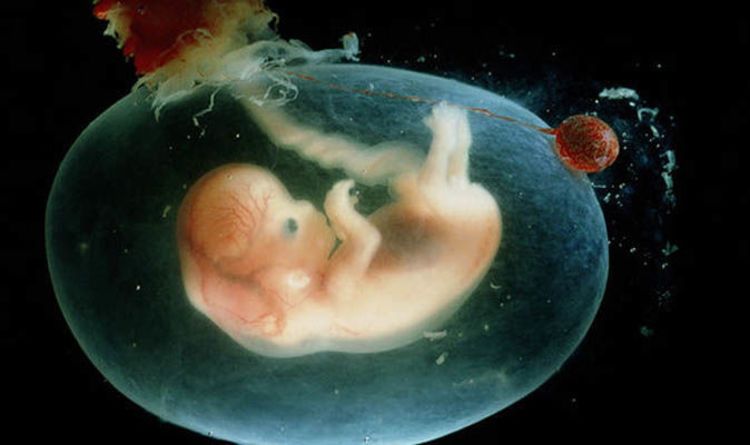 The UK’s “altruistic” system means surrogates cannot advertise and may receive only “reasonable expenses”. Experts say this should cost no more than […] 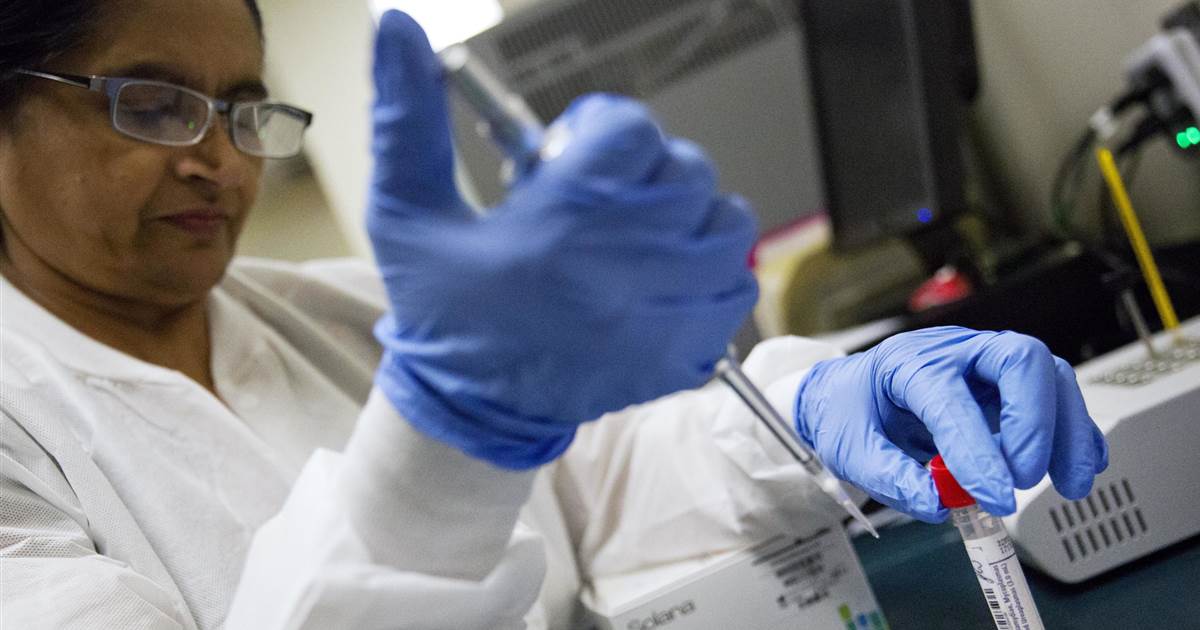 They spread in similar ways and share many of the same symptoms — but the flu and the coronavirus have key differences. […]