I had a good idea of what to expect from the 2019 Genesis G70. After all, the new sport sedan boasts a powertrain, suspension setup and list of features nearly identical to our long-term 2018 Kia Stinger GT2. The Kia was good enough to win our 2018 Roadshow Shift Award for Vehicle of the Year, and with bones like that, the G70 seemed very promising.

As it turns out, the devil is in the details. There are small differences between these Korean sports cars, and the Genesis packs a few pleasant surprises that make it more interesting.

As I said, the Genesis G70 shares its underpinnings with the Kia Stinger. The engine bay is home to a 3.3-liter, twin-turbocharged V6 that makes 365 horsepower and 376 pound-feet of torque, mated to an eight-speed automatic transmission. Rear-wheel drive is standard, but my example was equipped with the optional HTRAC all-wheel drive system.

The V6 delivers excellent power across the band with a strong leap off the line that only gets better as the RPMs build. The gearbox feels nicely suited to the engine, and features paddle shifters that help when having a bit of back road fun. The automatic’s programming isn’t bad at all, but is best when left to the G70’s Sport mode, which keeps the engine revs up and the throttle responsiveness tight. The other drive modes — Smart, Eco and Comfort — felt fine around town, but lazy for my taste.

The G70 is also available with a smaller 2.0-liter, turbocharged, inline-four cylinder engine option. In this trim, the sedan makes 252 horsepower and 260 pound-feet of torque, which sounds like a reasonable amount of power (I’ve not yet been able to sample the four-banger). However, the smaller engine has the advantage of being offered with an optional six-speed manual transmission, if you’re into that sort of thing.

I love manuals, yet I’d still recommend the V6 unless you’re looking to pinch pennies at the pump. The four-cylinder engine is estimated to deliver 22 miles per gallon city, 30 mpg highway and 25 mpg combined in its rear-wheel drive configuration. At the other end of the spectrum, my 3.3T V6 AWD steps down to 18 city, 25 highway and 20 combined mpg.

Stylistically, I prefer the fastback proportions of the Stinger, but after just moments behind the wheel of the Genesis, I knew that I preferred driving the G70 sedan. The differences are subtle; the G70 starts with the same basic suspension geometry, the same optional adaptive suspension on my Sport test model and the same optional Brembo brake upgrade. However, the G70 is 5.7 inches shorter (184.5 inches total) than the Stinger, with a wheelbase that is 2.8 inches shorter (at 111.6 inches). It’s also about 100 pounds lighter than its Kia cousin, at approximately 3,900 pounds, as tested. These small tweaks to the G70’s dimensions and proportions make surprisingly large differences in the sedan’s on-road performance.

Lighter and smaller, the G70 feels more nimble on the road. The sedan is more responsive to turn-in and direction changes than the already fairly agile Kia. Throttle response also feels like it’s been turned up a tick — I’m not sure if a slight software retune or the simple physics of carrying less mass are to thank for that. Either way, my grin was fuller behind the wheel of the G70.

Looking beyond Korea, the G70 feels like more than a low-cost alternative to a BMW or Audi. Rather, it feels like a bonafide competitor that can run alongside a 3 Series, A4/S4 or C-Class.

I suppose I shouldn’t be surprised, the G70’s engineering and development was overseen by BMW M Division ex-patriot Albert Biermann, whose sole mission is to make Hyundai Motor Group’s cars more “fun to drive.” He’s done a fantastic job so far, and I’d go as far as to say that the G70’s driving dynamics feel sharper and more German than even the most recent 4 Series I’ve tested, which is high praise.

While the Genesis’ driving dynamics go blow for blow with the Germans in its price range, the cabin certainly feels a class down. That’s not to say that it’s a bad place to spend a commute. Quite to the contrary, the G70’s cabin is well-designed with high quality plastics, nice quilted leather seats and — my favorite design detail — knurled metallic accents for touch points like the volume knob, climate controls and cup holder trim. Genesis’ designers have done a fantastic job creating a fairly luxurious cabin with economical materials for thousands of dollars less than you’d expect.

At the center of the cockpit, you’ll find the Genesis infotainment system with its 8-inch color touch display. The software within is yet another reskin of Hyundai’s Blue Link or Kia UVO 3, but that’s fine by me. I enjoyed those systems for their simplicity and ease of use and I enjoy it just as much here.

The Genesis system features a simple map with traffic data and very good voice command. Within its well-organized menus you’ll find everything you need to get where you’re going and a wide range of digital audio sources and app integrations. Sure, there’s no bling-y Google Earth satellite imagery or fancy 3D graphics, but I find that I don’t really need them.

Filling in any gaps in the Genesis tech suite is standard Android Auto and Apple CarPlay connectivity, which allows drivers to bring their own maps and audio streaming apps on the road. And behind the scenes, the G70 is also powered by Genesis Connected telematics service, which allows for remote monitoring and control of many vehicle systems via phone or smartwatch apps.

My G70 rolled out with the full complement of driver aid technologies currently offered by the Hyundai Motor Group. That included standard features like forward precollision warning, automatic emergency braking and pedestrian detection and optional upgrades like adaptive cruise control that works in stop-and-go traffic.

The 2019 Genesis G70 2.0T RWD starts at $35,895, including a $995 destination charge, but if you’re looking at the four-banger, might I recommend stepping up to the $38,895 Sport M/T model. That gets you the six-speed manual transmission option and go-faster goodies like an enthusiast-oriented limited-slip differential, Brembo brakes and stickier tires.

If you crave the extra twin-turbo V6 power — who could blame you? — the G70 3.3T RWD starts at $44,745 including destination. Personally, I’d go with the Sport package upgrade for $50,495, which includes all of the tech bells and whistles, adaptive dampers, 19-inch wheels with summer tires and styling details like copper headlight accents and dark-chrome exterior trim. I’d skip the optional $2,000 HTRAC all-wheel drive system, unless you live in an area that gets a lot of snow. This powertrain is just more fun with rear-wheel drive.

The 2019 Genesis G70 3.3T Sport AWD, as tested, is priced within about a few hundred bucks of our long-term Kia Stinger GT2. Personally, I prefer the look, cabin and driving dynamics of the smaller Genesis sedan.

A fully-loaded G70 is also about the same price as as a BMW 340i xDrive or an Audi S4 Premium Plus without any options. Comparably equipped, the Genesis is about $5,000 to $8,000 less than you’d expect to pay for the Germans. But as I said before, the G70 isn’t just a “low-cost alternative.” Its power and performance is definitely in the same class as the established competition. For those seeking a top-notch driving experience, but don’t want to pay extra for prestige, the 2019 Genesis G70 is definitely worth a look. 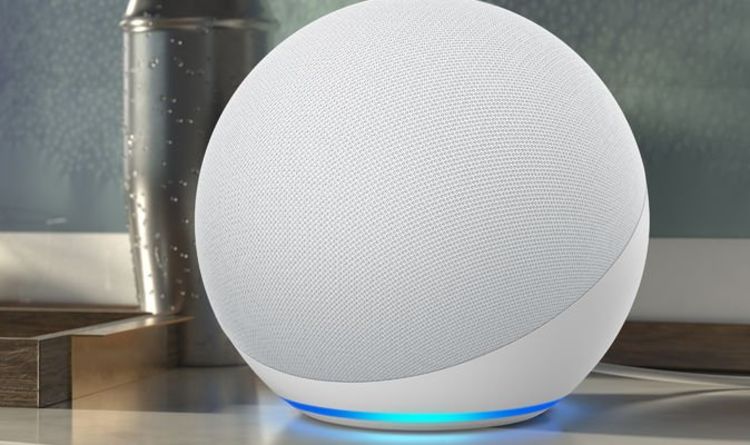 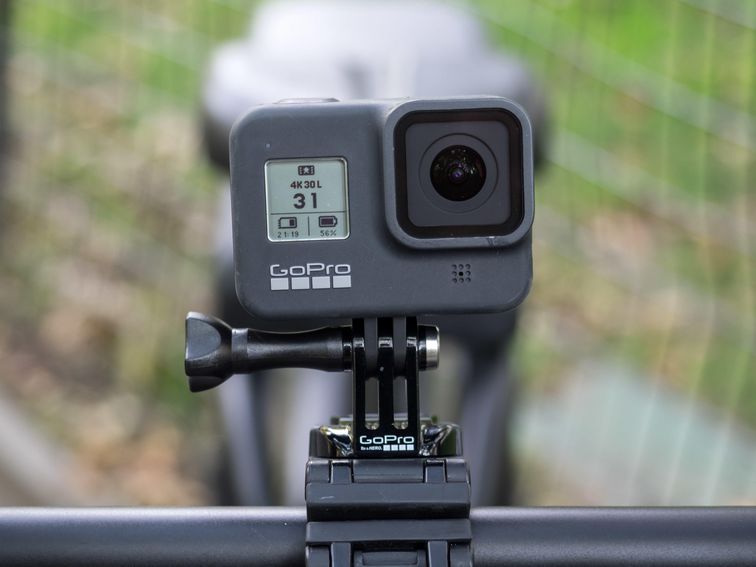 GoPro is the biggest name in action cams and for good reason: Its cameras live up to the company’s marketing hype. But, […] 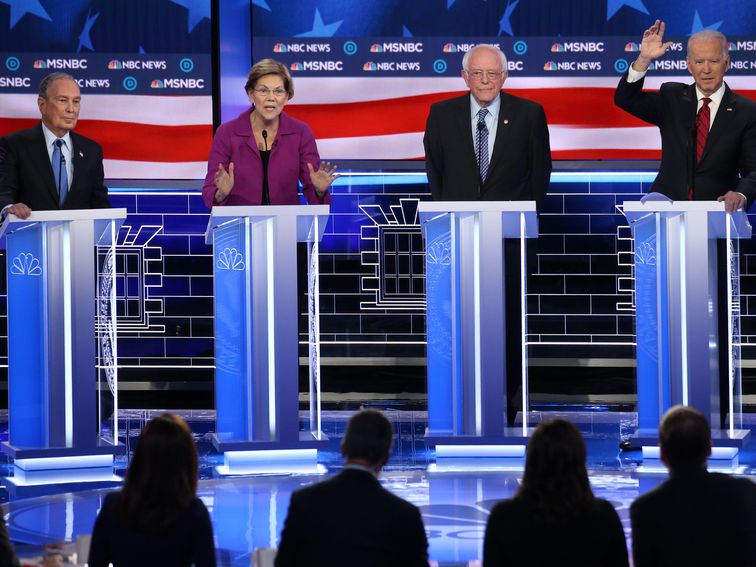 The Democratic presidential candidates have made tech issues a major part of their platforms. Mario Tama/Getty Images This story is part of […] 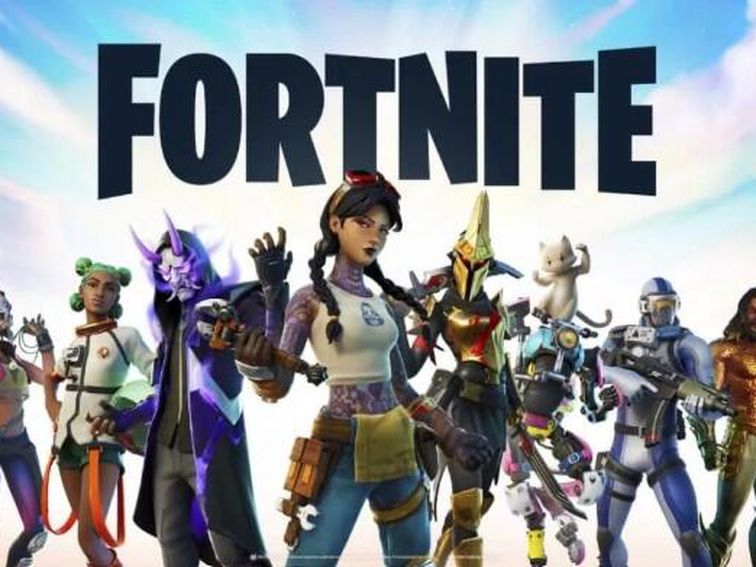 It’s going to be a celebration of freedom on the island this weekend.  Epic Games Fortnite is back for its third season and […]