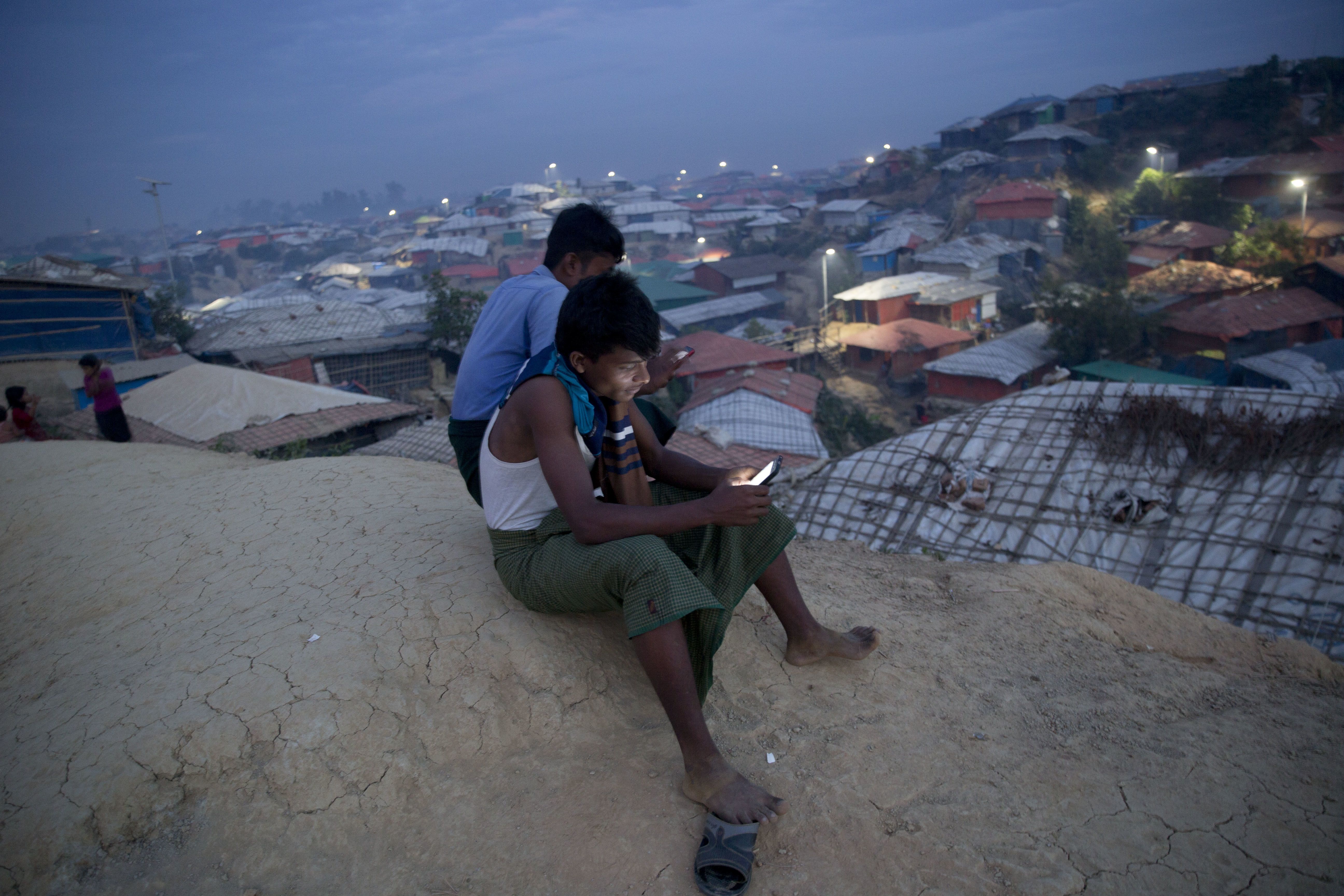 COX’S BAZAR, Bangladesh (AP) — Bangladesh authorities said they are ready to begin repatriating some of the more than 700,000 Rohingya Muslims who have fled from army-led violence in Myanmar since last year. But refugees scheduled to leave said they would refuse to go because of fears for their safety.

Some said their families have fled from their shanties in the refugee camps to avoid being sent back. The situation remained tense in camps overnight.

Refugees, Repatriation and Rehabilitation Commissioner Abul Kalam said earlier Wednesday that 30 refugee families would be handed over Thursday at the Ghumdhum border point near Cox’s Bazar, where refugees have been living in crammed camps.

But by late Wednesday, confusion grew over whether it would start.

Kalam said late Wednesday that they discussed the situation with the U.N.’s refugee agency, which gave a report after discussion with the refugees who are on the list. The U.N. does not want the government to send the refugees back under current circumstances.

Details of the repot were not shared, but Kalam said they wanted to be “hopeful” in beginning the repatriation on Thursday.

“We hope we will be able to confirm tomorrow morning (Thursday) how many we are taking,” he said.

The two countries had originally agreed to begin repatriating Rohingya to Rakhine State last January, but that was called off amid concerns among aid workers and the Rohingya that their safety wasn’t guaranteed.

Kalam said about 2,260 refugees from 485 families would be sent back in an initial group. Myanmar officials said recently that they would receive 150 refugees each day.

But it was unclear whether the repatriation would begin smoothly amid reports that many of the refugees on the initial list have fled.

“I will not go. My wife and other family members have gone elsewhere, they do not want to go,” 35-year-old Nurul Amin told The Associated Press outside the Jamtoli camp, where he and his family have been living for more than a year.

“I stayed back to guard my valuables,” he said. “If you say you will shoot us if we do not agree to go back, we will welcome bullets, we still will not go.”

Mohammed Selim, 23, said his wife and seven other family members went into hiding after finding out that they would be sent back.

“If we need to go, we demand that we go back to our homes, not to any camps there. We have our land, we have our homes,” he said.

On Sunday, the Myanmar government said it was ready to welcome returning refugees.

It said returning Rohingya would stay at repatriation camps for two days and receive food and clothing before moving on to transit camps. It said China, India and Japan were “providing necessary assistance” for the repatriation process.

Despite the promises by Myanmar, human rights activists say conditions are not yet safe for their return.

Last week, the U.N.’s independent investigator for human rights in Myanmar, Yanghee Lee, called the plans “rushed” and said she was concerned there were no guarantees that the refugees would be protected from new persecution if they return home.

The International Committee of the Red Cross is one of the few humanitarian organizations operating in Rakhine state. Its U.N. observer, Robert Mardini, said Wednesday that conditions are not right for Rohingya refugees to return.

He told several reporters that the conflict between the Rohingya and Myanmar’s government is not resolved, and “so many” Rohingya villages in northern Rakhine are flattened that there is no place to go back to.

“We still believe that the conditions are not right for voluntary, safe, dignified returns, and our concerns are for people to be able to move freely, to be safe and secure, and have a normal life,” Mardini said. “Nobody can claim today that the security in Rakhine is so well established that people can return safely.”

Foreign leaders have criticized Myanmar leader Aung San Suu Kyi this week on the sidelines of a summit of the Association of Southeast Asian Nations in Singapore for her handling of the Rohingya crisis.

Rohingya began fleeing into Bangladesh after Myanmar security forces launched a brutal crackdown following attacks by an insurgent group on guard posts in August 2017. The scale, organization and ferocity of the operation led to accusations from the international community, including the United Nations, of ethnic cleansing and even genocide. Myanmar’s government has denied the accusations.

Myanmar officials said Sunday that returnees can get an ID document called a national verification card that will allow them to travel in the Maungdaw area of Rakhine state, and that they can then begin to apply for citizenship.

But there is widespread skepticism that any of returning refugees will ever be granted citizenship.

Most people in Buddhist-majority Myanmar do not accept that the Rohingya Muslims are a native ethnic group. They are viewed as “Bengalis” who entered illegally from Bangladesh, even though generations of Rohingya have lived in Myanmar. Nearly all have been denied citizenship since 1982, effectively rendering them stateless. They have also been denied freedom of movement and other basic rights.

Many people who fled earlier violence and moved into displacement camps inside Myanmar have been unable to leave those settlements for years.

Most Rohingya have lived in poverty in Rakhine, near the Bangladesh border. Marked by their religion and their language — most speak a dialect of Bengali, while most of their neighbors speak Rakhine — they are easy to target.

Associated Press writer Tofayel Ahmad in Cox’s Bazar and Edith M. Lederer at the United Nations contributed to this report. 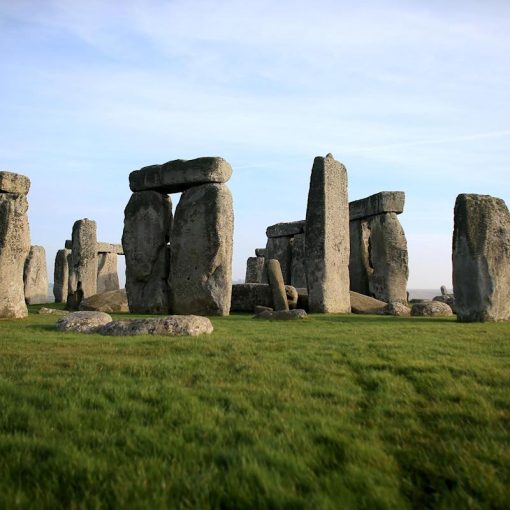 Stonehenge may have served as a calendar to keep track of the yearly movements of the sun, suggesting a prehistoric link to […]

Going on a 15-minute ‘awe walk’ each week, where we stop to appreciate the world around us, can help boost positive emotions […] 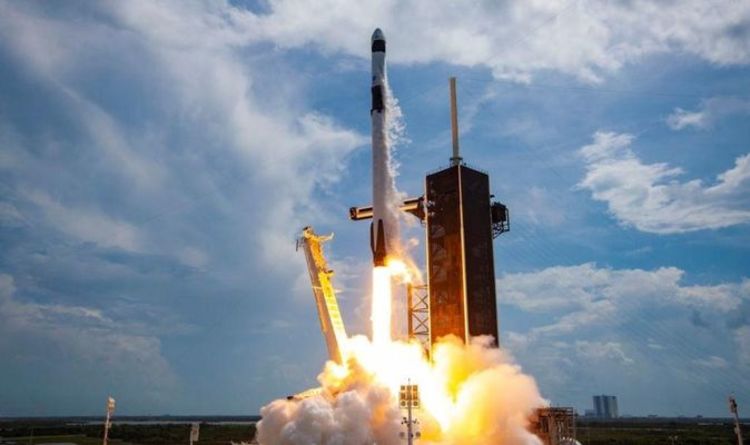 Elon Musk’s SpaceX is gearing up for yet another launch, as it prepares to lift satellites into space on Thursday, August 27. […] 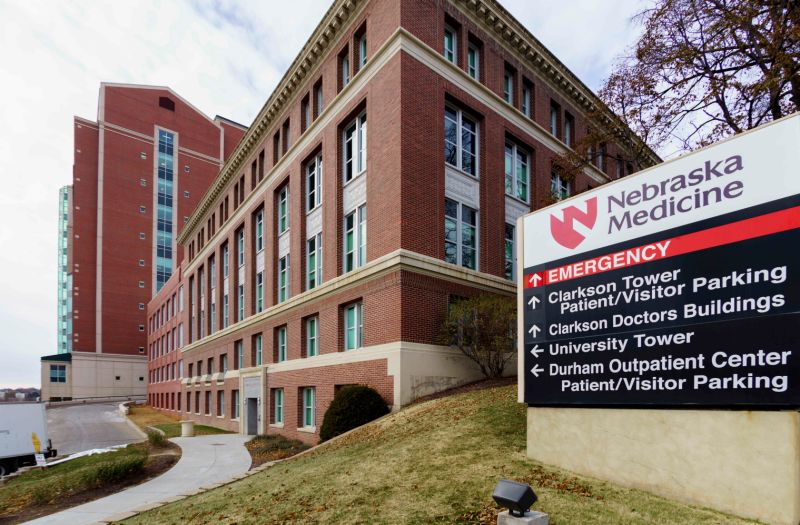 “This person may have been exposed to the virus but is not ill and is not contagious,” Dr. Cieslak said. “Should any […]