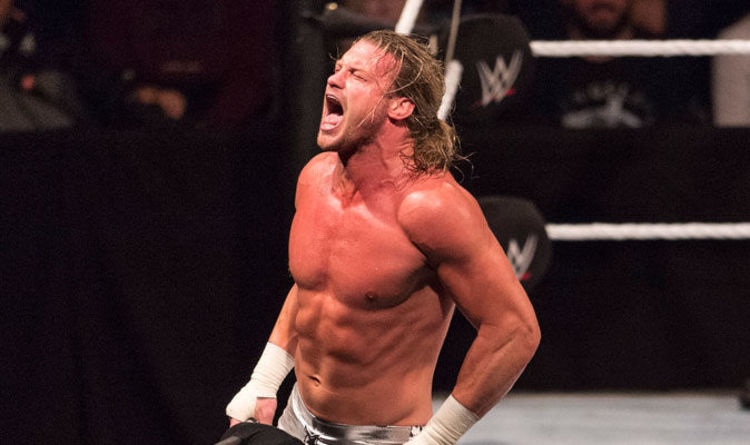 Ziggler and Rollins have faced each other numerous times over the Intercontinental and RAW Tag Team Championships this year in some stunning encounters.

The two former world champions have pushed each other to the limit following some impressive bouts at RAW, Extreme Rules, SummerSlam, Hell in a Cell and WWE Crown Jewel.

The Showoff revealed that their amazing chemistry comes down to the fact that they are both passionate about the business and are always looking for new ways to steal the show regardless of where they’re placed in the match card.

Ziggler told CBS: “When you’re as good as we are — and I mean that [humbly] — we know how good we are. You can still not have the chemistry.

“I’ve been in there with some of the best, and I was so frustrated because we just wouldn’t meld, or the story wouldn’t be correct, because two different people are telling two different things.

“He’s an up-and-coming kid, who is going to be one of the best of all time.

“I have been there before, but also want to have this legacy that I can do whatever I want.

“So, the both of us, you have to know we are both draining our brains to go, ‘How can this be the best thing anyone has ever seen in any company, any year, any WrestleMania, any SummerSlam?’

“We want to go out and outdo the other one, and that’s what makes good wrestling.”

Ziggler and Rollins continued their feud after the latter reformed The Shield with his legendary tag team partners Roman Reigns and Dean Ambrose.

The Showoff and his associate Drew McIntyre then linked up with Braun Strowman and together they faced The Hounds of Justice three times in Six Man Tag Team Matches but only managed to pick up one win.

The two RAW superstars’ rivalry seems to have come to an end as Rollins is now set for an intense angle with Ambrose who betrayed and pummelled him shortly after they won the RAW Tag Team Championships from Ziggler and McIntyre.

The Showoff, on the other hand, is set to be part of Team RAW with Strowman, his Scottish partner as well as two unnamed superstars that will take on Daniel Bryan, The Miz, Rey Mysterio, Shane McMahon and Samoa Joe at Survivor Series in a traditional 5-on-5 Elimination Match.

The legendary Pay-Per-View show takes place this Sunday at the Staples Center in Los Angeles.

F1 set for a series of firsts with revised race calendar

Football quiz: when Barcelona won the Champions League final in 2006

The soccer v football debate still lingers on in MLS

How to apply self-tanner to avoid streaks, orange skin and weird tan lines