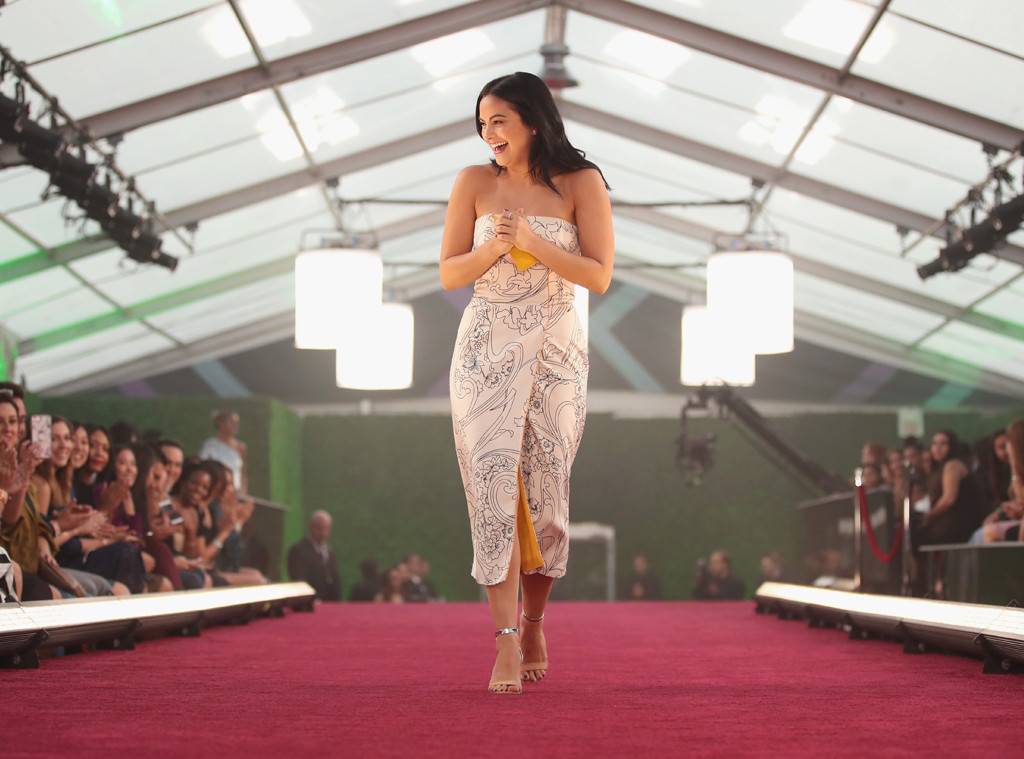 Camila Mendes and Charles Melton put their cute relationship on display at the 2018 E! People’s Choice Awards. Ironically, Charles wasn’t present on the red carpet alongside his Riverdale co-star and current girlfriend.

Regardless, Melton’s absence didn’t stop him from leaving his lady a video message at the Hollywood event…which Jason Kennedy played for the unsuspecting TV starlet.

“I’ve been told we’re getting a fan question for you,” the E! personality teased about the exclusive footage. “Let’s go ahead and play that right now, take a look at that monitor right there.”

In a hilarious turn, “huge fan” Charles asked his girlfriend to comment on what it is like working together and declared that they are a “really cute” couple.

“It’s a lot, very intense,” the stunned 24-year-old quipped. “You can’t talk to him, you can’t look at him. He only eats cashews rolled in cheese.”

The inside look at Camila and Charles’ relationship didn’t stop there as the Riverdale star confessed that her beau has a precious nickname for her. Yep, per Camila herself, Charles refers to her as “baby dragon.”

Elvis Presley 'was WILD in Las Vegas' reveals ex: Hair dye on the walls to shooting his TV

Gwyneth Paltrow shows off her toned body for Shape

Beyoncé and Beyond: The Best Music of 2020–So Far

EU set to BAN visitors from US – but China, Rwanda and Thailand handed SHOCK exemptions