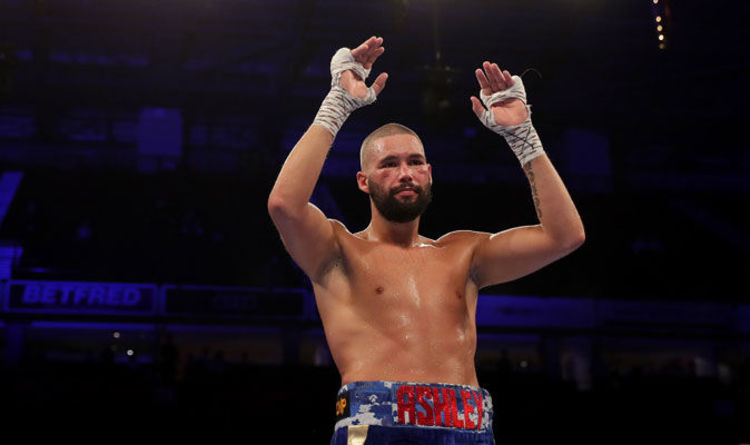 Liverpool’s Bellew suffered an eighth-round KO loss to the undisputed cruiserweight champion last night in front of a sold-out crowd at the Manchester Arena.

Defeat to the Ukrainian saw ‘The Bomber’, miss out on becoming Britain’s fourth undisputed champion of the world.

A devastated Bellew took to Twitter earlier this morning to further reflect on his heartbreaking loss, which came in the final fight of his 11-year-long career.

And the fighting pride of Liverpool was full of praise for the Olympic gold medalist.

“I tried my best and gave it everything I had!” the former WBC cruiserweight champion said. “You my friend @usykaa are a great champion and the best fighter I have ever faced.

“You beat me fair and square.. I only wish you well going forward and thank you for the opportunity.”

Bellew started his retirement fight on the front foot and took the first three rounds with ease.

However, Usyk took control of the contest in the fourth and closed the show with a vicious straight left two minutes into the eighth stanza.

Bellew went into the bout full of respect for the World Boxing Super Series cruiserweight tournament winner, and his admiration of the 31-year-old has grown after sharing the ring with him.

“I have nothing but respect for him,” he said in his post-fight interview. “Anyone who faces him is in a lot of trouble.

“Only the very best and the very biggest will find a way to beat him. I tried my best. I gave it everything I’ve got.

“Oleksandr Usyk is a great, great champion and I lost to one of the pound-for-pound bests that’s every done it. He’s fantastic. He beat me fair and square.

“I have no excuses. He’s an amazing fighter. He is the greatest man I have ever shared a ring with. He deserves all the success in the world.’

“I tried to go for it. I tried to get him because I thought I might have been behind but I don’t know. I don’t even know what round it was.

“I don’t even know what he caught me with. He’s a brilliant fighter.

“He’s so hard to pin down and then when you nail him he’s so good at evading… he’s exceptional.

“I fought the very, very best. He’s just better than me. Just accept it.

“You come up against great people in life and sometimes you lose. You’ve just got to accept it.

“Oleksandr Usyk is pound-for-pound material. I’ve got nothing but great things to say about him.

“He’s the best I’ve ever fought. He’s slick and strong. And he’s exceptional.”

Motorsport UK aims to get back on track from July 4

A short history of rugby league on TV: from Richard Madeley to multiscreen

'I'm authentic and that's important.' Inside the mind of a chess genius