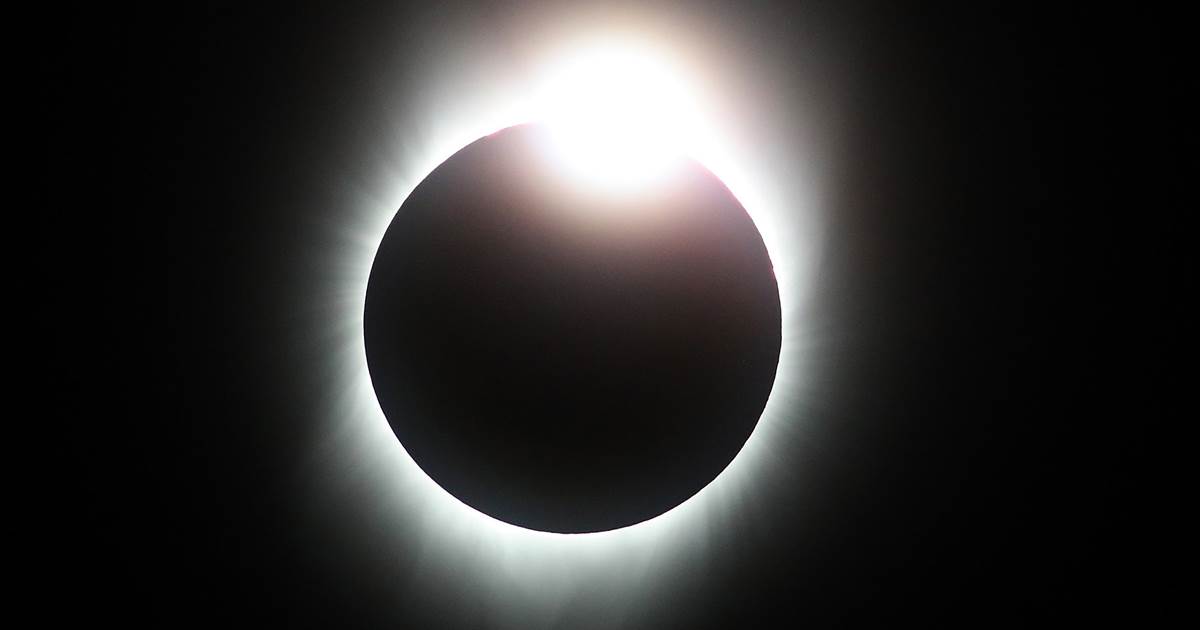 Solar eclipses are among the most dramatic astronomical events around — just ask anyone who’s seen one. For a few minutes, a black disk seems to move across the sun, and daylight slowly gives way to an eerie darkness as the temperature falls.

The awesome spectacle affects wildlife as well as humans, changing the behavior of birds, cows, insects and other animals. But then, as quickly as it came, the darkness lifts and the sun shines again with its usual strength.

What causes a solar eclipse?

Solar eclipses occur when the moon comes between Earth and the sun, blocking sunlight from our host star.

“It’s when the moon’s orbit brings it directly between us and the sun, so it casts a shadow on us,” says astronomer Caleb Scharf, director of Columbia University’s Astrobiology Center in New York City. “Since the moon is much smaller than Earth, the shadow is only about 100 miles across, but it sweeps over the Earth’s surface.”

During so-called annular eclipses, a ring of sunlight appears around the dark disk of the moon.

Solar eclipses occur only because of a celestial coincidence: though the sun’s diameter is about 400 times that of the moon, the sun also lies about 400 times further away. “The moon appears almost the same size in the sky as the sun, so Earth experiences nearly perfect solar eclipses,” Scharf says.

That wasn’t the case in Earth’s distant past, which stretches back more than 4 billion years. In our planet’s early days, the moon was much closer than it is now. Millions of years from now, as the moon’s orbit gradually widens, our satellite will be farther away. That means eclipses won’t be quite the same.

“It’ll look smaller,” Scharf says of the moon, “and so eclipses will never be total again.”

How often do solar eclipses occur?

A related phenomenon occurs when Earth’s shadow falls on the surface of the moon. Because our planet’s shadow is much bigger than the moon’s, lunar eclipses occur more frequently than solar eclipses — about two to four times a year.

The first successful prediction of a solar eclipse is attributed to the Greek philosopher Thales of Miletus in 585 B.C. The eclipse was visible in Asia Minor — roughly the region occupied by Turkey on today’s maps — and was said to occur during a battle between the Medes and Lydians, who were so awed by the spectacle that they agreed to a truce after years of war.

In ancient times, solar eclipses were often interpreted as bad omens for royal dynasties. In Assyria, a substitute king and queen would be installed for the day of an eclipse. The unfortunate pair would be executed after the eclipse.

Solar eclipses have also served to advance scientific research. One of the most notable instances came in 1919, when English astronomer Arthur Eddington used the apparent locations of stars near the eclipsed sun to test Albert Einstein’s theory of general relativity.

“Eddington was just able to measure how the distant stars seemed to shift their positions because of the mass of the sun distorting space,” Scharf says. “It was one of the things that made relativity famous.”

U.S. will work to determine if ex-ambassador Yovanovitch was under threat -Pompeo

Greta Thunberg warns world leaders over climate crisis – ‘You haven’t seen anything yet!’

'You can quit': Colombian cocaine farmers' message to UK user