The night Donald Trump won the presidential election, Tracy Mitrano looked at how many members of Congress had a background in cybersecurity.

She didn’t find many. At the time, Mitrano, then dean of the University of Massachusetts Amherst’s cybersecurity program, was concerned how little lawmakers knew about technology.

President Trump was wrapping up a White House race plagued with Russian hackers breaking into the Democratic National Committee’s servers and stealing emails, while Russian operatives led propaganda campaigns over Facebook and Twitter.

Mitrano looked for any congressional member who would be able to properly understand these threats, and said she couldn’t find any. That’s when she decided she should run for Congress.

“We all get that cybersecurity is an issue, but we don’t seem to be doing what we need to do to prepare for it,” Mitrano said in an interview with CNET.

Mitrano’s run comes as tech policy plays a more prominent role in Congress, with issues like cybersecurity, net neutrality, 5G connectivity and data privacy bandied about on Capitol Hill. But Congress members have also shown that there are a litany of tech issues they don’t completely understand. Candidates like Mitrano are hoping that their tech backgrounds will win them the election on Nov. 6.

Joseph Kopser, the tech entrepreneur from Texas behind RideScout, is also running for Congress, arguing that his opponent, incumbent Chip Roy, is a climate change denier. Brianna Wu, a major target of online harassment after GamerGate, also announced plans to run for Congress in Massachusetts back in 2017.

If she wins, Mitrano would join a small, but growing team looking to improve the tech know-how on Congress, which includes officials on Capitol Hill, like Sen. Mark Warner (D-Va.), Rep. Ted Lieu (D-Calif.), Rep. Suzan DelBene (D-Wash.) and Rep. Will Hurd (R-Texas). Warner’s background as a tech millionaire has also positioned him as a vocal critic on Silicon Valley giants.

That level of familiarity with tech, however, remains a rarity in DC.

Congress has a long history of missing the mark on technology.

The most infamous example came when then Sen. Ted Stevens, a Republican from Alaska, described the internet as a “series of tubes” in 2006. Things haven’t changed much in the last 12 years.

During Mark Zuckerberg’s Senate hearing in April, Sen. Orrin Hatch, an 84-year-old Republican from Utah, asked the Facebook CEO how the social network was able to make money if users did not pay for it, failing to understand that Facebook runs ads.

Now playing: Watch this: Zuckerberg explains the internet to Congress

At a hearing on consumer data privacy in September, Sen. Jon Tester, a Democrat from Montana, asked representatives from Google, Apple and Amazon how ads were able to track him across the internet.

“I’m a regular guy. I’m a farmer, I’m not a technology person. This thing sometimes mystifies me,” he said as he holds up his smartphone.

Not everyone is clueless about tech. Lieu is the sole House Democrat with a computer science degree, and has called out lawmakers when they failed to understand issues like encryption.

But the wider lack of expertise comes at a time when politicians are talking about technology more than any other industry. A Quorum study showed that between 2008 and 2018, Facebook and Google were referenced in Congress more than 20,000 times. Over the last 10 years, members of Congress talked about tech companies twice as much as financial services, the study noted.

Among Congress members, only six House representatives and two senators have a background in technology, according to the Congressional Research Service.

Rep. Hurd is a former CIA agent and worked as a senior adviser for cybersecurity firm FusionX. As the chairman of the subcommittee on Information Technology, he’s a driving force behind more scrutiny on tech giants from Capitol Hill.

That gap in tech literacy is becoming more obvious as lawmakers increasingly scrutinize Silicon Valley. There’s been double the amount of tech-related hearings from the House Oversight committee over the last three years, said Travis Moore, the founder of TechCongress.

“The Zuckerberg hearings put on display what I’ve experienced for six years,” Moore said. “Congress is not equipped to legislate on these issues.”

Moore had seen the lack of tech expertise first-hand from his time on Capitol Hill. He served as the legislative director for former Rep. Henry Waxman for three terms, and found that many staffers weren’t able to adequately advise Congress members on tech issues.

In 2015, he created TechCongress, a fellowship program that provides Congress members with tech policy advisers.

Last year, 153 people applied to be tech advisers for lawmakers. This year, it’s grown to 409 applicants, with 50 members of Congress interested in getting an adviser, Moore said.

So even if a Congress member isn’t an expert on tech, the goal is to provide an adviser on staff to keep lawmakers informed.

“A part of what we’re trying to do is expose government and legislators to the importance of having a technical person on staff, and the value they bring, and the ability to understand complex issues,” Moore said.

While the TechCongress assignments are temporary, some fellows have joined their Congress member’s full-time staff after. Sunmin Kim, a former tech editor at the Economist, joined Sen. Brian Schatz’ team as a technology policy adviser after her time as a TechCongress fellow.

Chris Soghoian, a former ACLU technologist, also made the jump, joining Sen. Ron Wyden’s team full-time as a senior adviser on privacy and cybersecurity after serving as a TechCongress fellow.

Wyden, a Democrat from Oregon, said he makes sure to have technology experts on staff, as he’s often taken the lead on tech issues like consumer privacy and government surveillance.

“If you care about technology, elect members who given a damn and actually hire people who understand the issues,” Wyden said in a statement.

There’s a growing presence of tech experts on Capitol Hill, and Moore hopes that it’ll steer tech policy in a more productive way. He sees tech expertise as “absolutely essential” for lawmakers, even if it’s not widespread now.

The week before Election Day, FiveThirtyEight forecasted that Mitrano had a 1-in-6 chance of winning that district, though polls show that the race will be close. Her party’s poll from 10 days before the election showed that Mitrano was just two points behind Rep. Reed.

Her campaign is quickly gaining momentum, raising $950,000 in the third election quarter — the most ever in the 23rd District’s history.

About $150,000 of her donations came because of her background in cybersecurity and internet policy, Mitrano said. The Democratic nominee is hoping to bring her tech expertise to Capitol Hill, something she believe Congress members sorely need.

Despite her background, Mitrano hasn’t been talking about cybersecurity as much while on the campaign trail in New York.

A campaign poll ran in June found that only 4 percent of her constituents care about cybersecurity. Instead, she’s been speaking on health care, education and jobs. But she’s been pushing to make cybersecurity more of an upfront concern with her voters.

“I fault Congress for failing to be clear that this is an issue,” Mitrano said. “When I ask people, do you think the next major attack on the US is going to come with a flotilla of military washing up on the shore, they get it. Of course it’s not. It’s going to come through cyber.”

If Mitrano wins, she hopes to join the Education and the Workforce committee, where she would focus on cybersecurity in education, like she did at Cornell University and UMass.

In future elections, Mitrano sees more candidates running on a tech platform, addressing concerns like data privacy and government surveillance. She hopes to be leading that trend after this Election Day.

For now, she doesn’t believe that cybersecurity expertise alone can win you an election. But one day, she says, it will.

“Why do we have to wait for a major crisis to be aware enough to fix this?” she asked.

Security: Stay up-to-date on the latest in breaches, hacks, fixes and all those cybersecurity issues that keep you up at night. 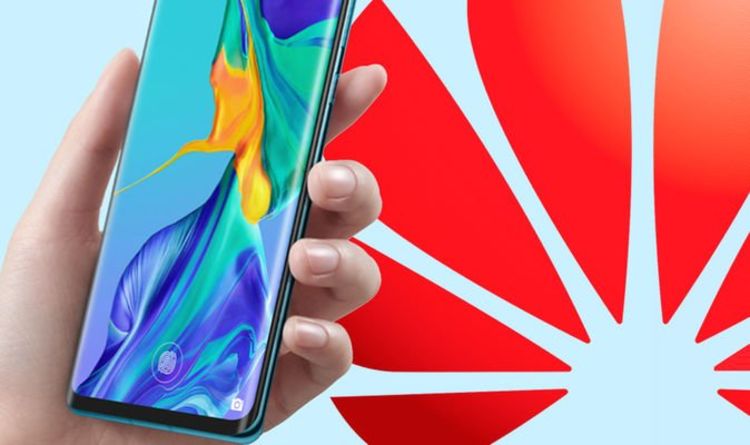 The battery-powered Fabriq Chorus Alexa speaker is basically an off-brand Amazon Tap. Chris Monroe/CNET A little over half a year after it […]

It’s hard to describe any products from Anker, the upstart accessory manufacturer, as high-end. But the splash-resistant SoundCore Boost is currently its […] 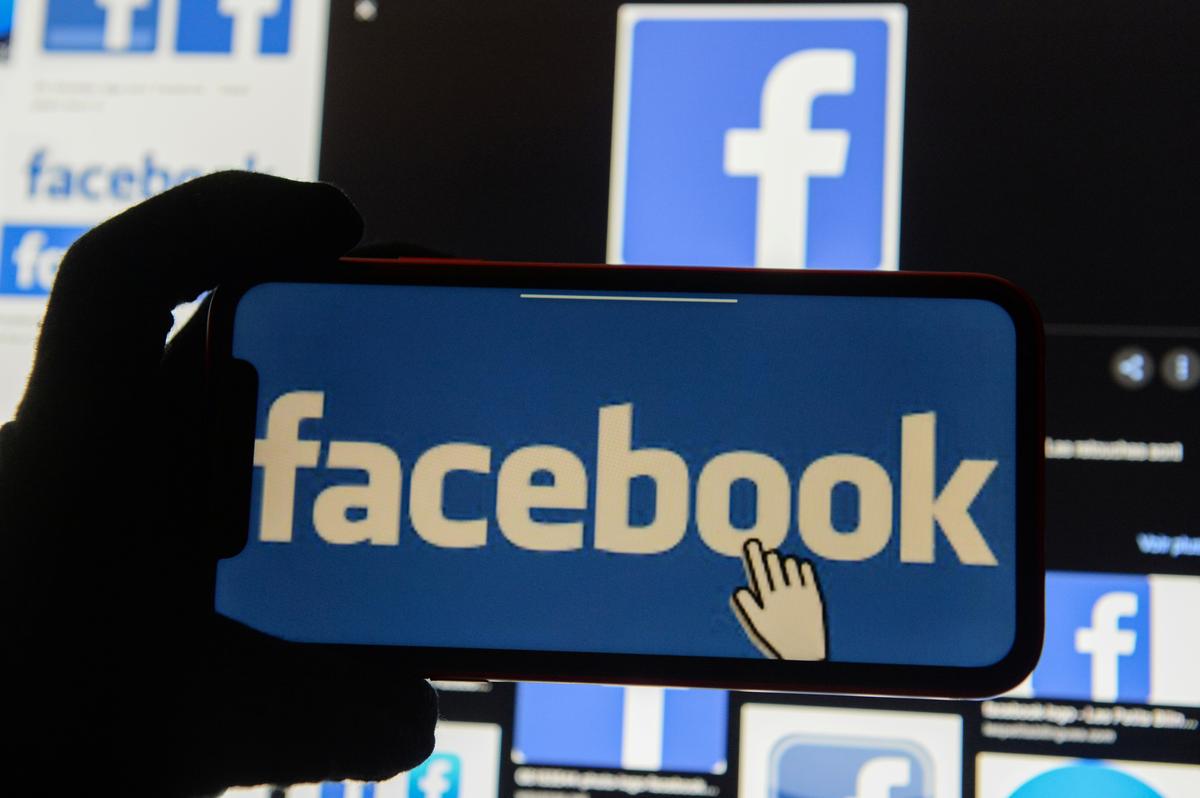