Nuclear energy in the United States is at an impasse.

American reliance on nuclear power has steadily increased from 11 percent to 30 percent of the country’s electrical output since the 1970s. However, three decades have gone by without a successful attempt to build any modern reactors, a fact that threatens the country’s position as world’s largest producer of nuclear power.

And that matters in the battle against global warming. According to some proponents of nuclear energy, if the U.S. pulls back even more on nuclear power, it’s possible that efforts to curb climate change could fall flat.

“We need all renewable technologies. If the U.S. lost nuclear, it would be a global loss in the fight to mitigate against climate change,” nuclear engineer Todd Allen said in an interview.

SEE ALSO: Recycling in the United States is in serious trouble. How does it work?

Nuclear power, unlike most things in the U.S., is a talking point that both sides of the political spectrum champion, even though members of the public are less enthusiastic about it, polls show.

Republican and Democratic senators alike support expanding nuclear power, and even President Donald Trump has stated his support for it.

So why then, with all of this federal support, is nuclear in the United States an endangered energy source? The answer might lie in Georgia.

Between 2006 and 2008, the Nuclear Regulatory Commission approved the construction of four brand new nuclear reactors. The plan was to add two reactors each to the Alvin W. Vogtle Plant in Waynesboro, Georgia and Virgil C. Summer in Jenkinsville, South Carolina.

The projects were supposed to be America’s attempt at building a brand new style of advanced nuclear power reactors called the AP1000 — the first of which was successfully built by China at the end of September 2018.

Instead, the projects have become a stain on the country’s otherwise outstanding reputation in nuclear energy; one that may never come out.

Project owners SCANA and Santee Cooper realized how behind schedule the project was and effectively tossed out the $16 billion investment, scrapping the power plant and triggering an FBI investigation in the process.

Georgia’s Plant Vogtle is not faring much better.

Investigations through the Georgia Public Services Commission — which oversees telecommunications, electric, and natural gas services — revealed that Georgia Power claimed that 60 percent of Plant Vogtle was complete, when the project was truly only 36 percent complete nearly a decade into construction.

Plant Vogtle is also $13 billion over the proposed budget. Bringing the project’s price tag to a staggering $27 billion and counting.

Early on in the Georgia investigation, chairman Stan Wise admitted that abandoning the project was on the table, saying in a statement that “it’s possible…that Plant Vogtle just doesn’t get finished at all.”

Opponents of nuclear power have long held that the power source is too expensive and takes too much time.

In the case of Vogtle and Summer, that seems to be true.

“You can’t ignore the time and the cost it takes to develop a new nuclear reactor design. There’s no cheap and dirty way to build nuclear power,” physicist and nuclear expert Edwin Lyman said in an interview.

He and his colleagues at the Union of Concerned Scientists have become some of the leading skeptics of nuclear energy expansion.

“There are a lot of people out there saying we need nuclear power to mitigate climate change. But we are already in such a deep hole with carbon emissions that what it would take to avert a two degree increase… you’ve gotta say we’re not going to get there by building nuclear power plants,” Lyman said.

And we might not even have that much time.

A report from the United Nations Intergovernmental Panel on Climate Change (IPCC) estimates that we have less than 20 years to avert the worst effects from climate change.

According to the report, carbon pollution would have to be cut by 45 percent by 2030 to keep the planet from warming 2 degrees Celsius — a temperature that scientists warn will devastate ecosystems. Electricity production accounts for the largest portion of carbon pollution at 32 percent in the United States.

In theory, nuclear energy expansion is one of the best options to reduce carbon emissions since it releases almost no CO2. In practice, it’s more complex.

When it comes to big power plant projects, at least in the United States, there has to be public support since consumers pay for a portion of the project costs. But Americans do not have the stomach for anything nuclear near their homes, even if it is the safest form of energy production.

Adding more time and more money to a project that has teetering public support is dangerous. Georgians may not have the stomach for another 10 years of construction.

And if the plant isn’t finished, the public will certainly turn against undertaking any more projects of this magnitude. The Atlanta Journal Constitution, a local news source, has found that residents are already starting to turn their backs now.

Also, nuclear power plants provide well-paying jobs. If Vogtle fails, the 7,000 promised jobs will fall through, leaving those who traveled the country to work stranded, according to a tweet from state governor Nathan Deal.

In a larger sense, a failure would signal to leadership both here and around the world that the United States is not able to modernize its nuclear capabilities.

SEE ALSO: The rise of renewable energy will change everything

“We would be proving that we can’t build a plant on time. Which means that if we can’t figure it out ourselves, we will have to buy them from another country,” Allen said.

That country could be China, which is poised to open another 15 nuclear facilities in the next decade and has been licensed to begin building another 30.

So in a sense, the future of nuclear energy in the United States depends on Plant Vogtle’s success.

“There’s a lot of money committed to Vogtle. They’ve got loans from DOE. It’s the last nuclear new build project in the U.S. and everything seems to be back on track. [The co-owners] all seem to be committed,” Allen said.

If they finish, no one is going to look back and think the project was pretty, he said, but at least it will be done.

Despite all of the bad, Vogtle is meant to be good.

“Each of the power plants should be able to roughly be able to supply electricity to roughly 1.75 million houses,” nuclear and radiation engineer Steve Biegalski said.

The energy from Vogtle would help to displace energy from coal-fired power plants, which is the third largest energy source in Georgia.

“Over the lifetime of the power plants, 300 million tons of CO2 admissions will be displaced from the atmosphere,” Biegalski said.

Nuclear energy emits even less carbon than other renewables like solar power. And if we plan on stopping climate change, we will need every tool in the tool shed, Allen explained.

“Climate is the issue, not technological favoritism,” Allen said. “There’s no need to throw out renewable sources totally.”

SEE ALSO: The most damning conclusions from the UN’s special climate change report

“In order to go low carbon, you can’t ignore any [renewable] source… There is market space for all sources,” Allen explained.

As projects become successful, companies will be able to learn from other mistakes and projects will take less and less time Biegalski explained.

Basically, there is hope.

Even Lyman, who is skeptical of nuclear energy, believes there is a chance.

“If [Plant Vogtle] can really rein in the management problems and construction issues, they might finish building,” he said.

But if they don’t do it now, Waynesboro, Georgia could be the final resting place of nuclear power in the United States.

In Oklahoma, the dramatic downturn in the oil and gas markets sent tax collections down, opening up a shortfall. In Michigan more […]

2,000-year-old banquet hall where people gorged on sacrificial animals and got drunk on wine to please unknown gods is discovered in Cyprus […] 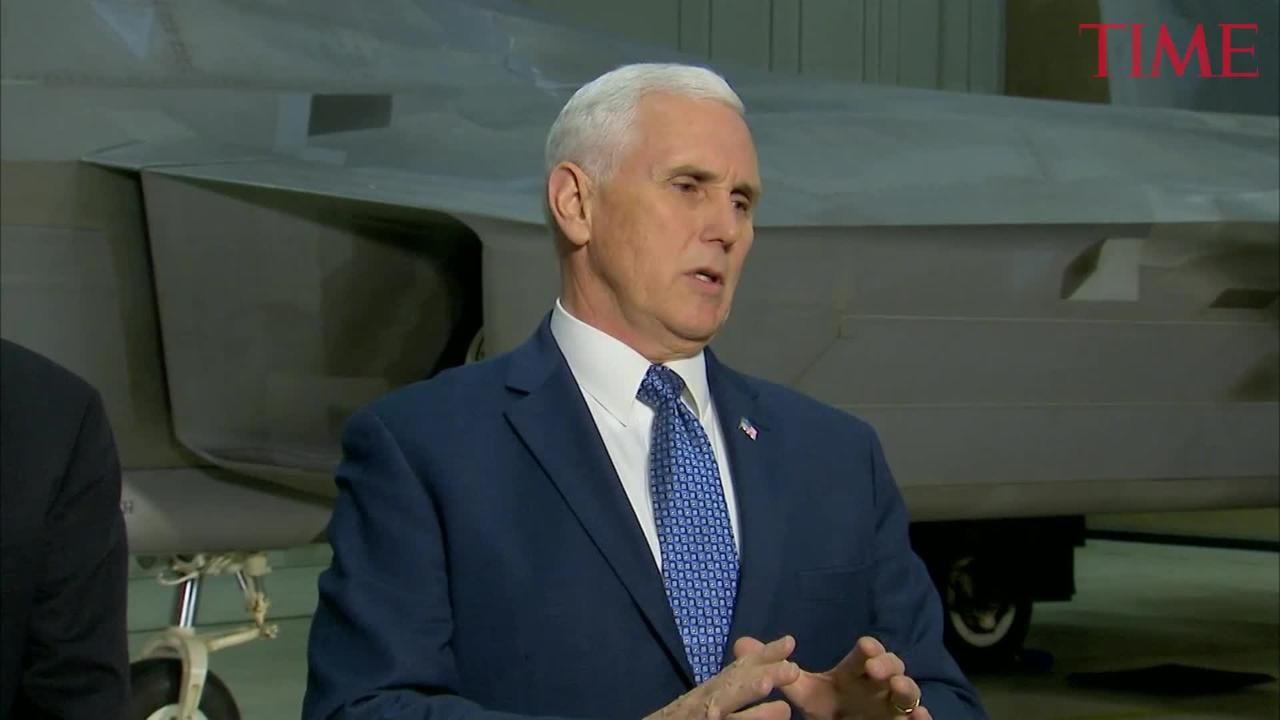 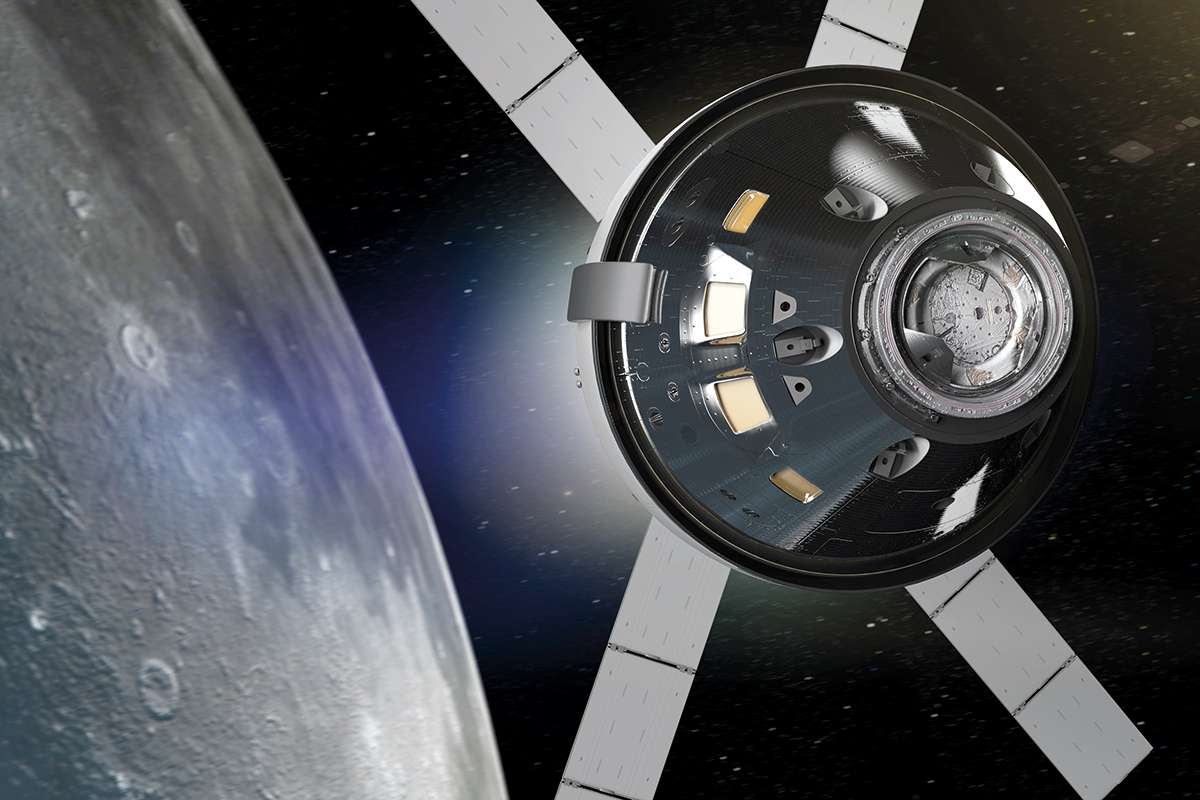 Insight is your guide to the science and technology that is transforming our world, giving you everything you need to know about […]