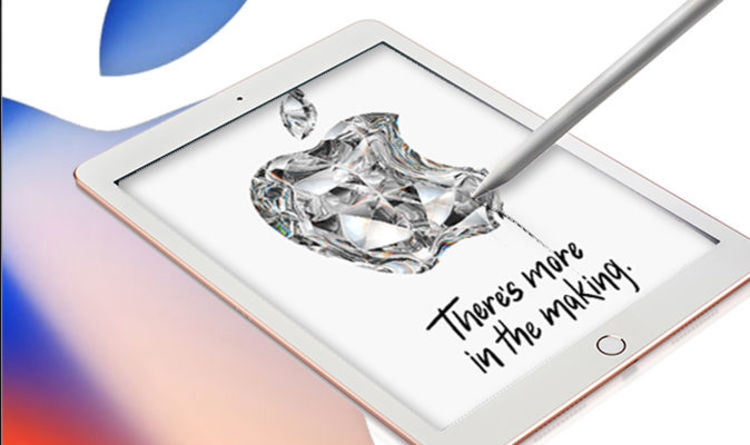 There’s just a few hours to go until we’ll find out what the future has in store for the new iPad.

This refreshed tablet looks set to be revealed at a major Apple keynote in New York and all signs point to some very radical upgrades.

Apple never gives any hints about what’s to come but, if all the rumours are true, the new iPad Pro will be the best tablet the firm has ever made.

So, if you are thinking of upgrading your current tablet here’s what you need to know about tomorrow’s big announcement.

WHAT TIME DOES THE APPLE KEYNOTE START?

If you want to know all that’s new from Apple then make sure you are free tomorrow afternoon.

The firm’s big keynote begins at 10am local time in New York.

DON’T FORGET – New York is usually five hours behind the UK but the US clocks don’t go back until this weekend so don’t be caught out in the UK as things will get underway at 2pm GMT.

WHAT COULD BE NEW OF THE iPAD PRO?

We won’t know exactly what Apple has in store until the keynote kicks off but expect plenty of tasty upgrades to this famous tablet.

Perhaps the biggest rumoured change will arrive in the form of a giant edge-to-edge screen which will cover almost the entire front of the device.

This dramatic design change will mean the end of the iconic home button with Face ID taking its place.

Facial recognition has become a huge success since it launched on the iPhone X last year and it seems this way of unlocking Apple’s gadgets will now come to the iPad.

Other major changes could include a much faster processor which could make this new machine the most powerful iPad Pro ever.

Along with a processor boost, the battery could get some extended life and be charged in super quick time via a new USB-C port.

Although not confirmed, it seems Apple may ditch the Lightning port in favour of the same way of charging as its new MacBooks.

You can always guarantee some new colours will be announced during the keynote along with some updates to the iPad accessory lineup.

This means the Smart Keyboard case and Apple Pencil may get an upgrade.

WHAT ELSE COULD BE ANNOUNCED?

iPads may not be the only devices on tomorrow’s agenda.

Apple’s popular MacBook Air looks set to get a reboot along with the slim MacBook getting some extra features.

It’s been a while since the super skinny MacBook got any upgrades and its possible this stunning laptop will get more power and some subtle changes including a new keyboard and True Tone display.

Some rumours have also pointed to the Mac Mini getting a reboot.

The popular desktop machine has seen any big changes since 2014 and, like the Air, could see more power and tweaked design.

Driving behind the Iron Curtain: Cars of the USSR at the Riga Motor Museum – Roadshow

MacBook Pro update: Why now could be a bad time to buy Apple's 13-inch laptop

February 23, 2020
SEOUL/SHANGHAI (Reuters) - South Korea raised its disease alert to the highest level on Sunday after a surge in coronavirus infections and two more...

Sex and taxes: A Seattle tax preparer is intimate with both