Wide receiver Will Fuller is out for the season with a torn ACL he suffered in the Houston Texans’ 42-23 victory over the Miami Dolphins on Thursday night.

The third-year wideout suffered the injury trying to make a catch in the end zone in the fourth quarter, according to the Houston Chronicle.

An MRI exam on Friday confirmed the injury, and Texans coach Bill O’Brien broke the news during a press conference.

In seven games this season, Fuller has 503 yards receiving on 32 catches with four touchdowns.

—Cincinnati Bengals linebacker Vontaze Burfict will miss Sunday’s game against the Tampa Bay Buccaneers due to a hip injury.

Burfict was injured during the third quarter of last Sunday’s loss to the Kansas City Chiefs. Burfict has played in just three games this season after missing the first four due to a violation of the NFL’s performance-enhancing drugs policy.

—Indianapolis kicker Adam Vinatieri, who has been slowed by a groin injury, is expected to play Sunday against the Oakland Raiders.

—Defensive end Everson Griffen is expected to make his return when the Minnesota Vikings host the New Orleans Saints on Sunday night.

Griffen missed the last five games while dealing with mental health issues. He returned to practice Wednesday for the first of three consecutive workouts and is no longer listed on the injury report.

The three-time Pro Bowl selection was involved in a series of incidents in September that concerned teammates, team personnel and family members.

—New York Giants middle linebacker Alec Ogletree will miss Sunday’s game against the Washington Redskins because of a hamstring injury.

Ogletree was injured during Monday night’s loss to the Atlanta Falcons and didn’t practice all week.

—The New York Jets will meet the Chicago Bears with a short-handed corps of wide receivers on Sunday with Robby Anderson listed as doubtful with an ankle injury.

Already ruled out was leading receiver Quincy Enunwa, who will miss a second consecutive week with a high ankle sprain. The wide receiver group this week will be Jermaine Kearse, who has 16 catches this season but no touchdowns, along with Andre Roberts, Charone Peake, rookie Deontay Burnett and Rishard Matthews, who signed Tuesday.

At least three other starters are expected to miss the game for the 3-4 Jets: running back Bilal Powell (season-ending neck surgery), center Spencer Long (knee/finger) and cornerback Trumaine Johnson (quadriceps). Long and Johnson are listed as doubtful, while free safety Marcus Maye (broken thumb) is questionable.

—Quarterback Blake Bortles said he isn’t going to be looking over his shoulder on Sunday, a week after Jacksonville Jaguars coach Doug Marrone benched him.

“You’ve just got to go play. I don’t think you can worry about it,” Bortles told reporters after practice Friday in London, where the Jaguars will meet the Philadelphia Eagles.

Mistakes led to Marrone pulling Bortles for backup Cody Kessler last week in a 20-7 loss to Houston. Marrone made the switch after Bortles’ second lost fumble of the game, and Bortles also has thrown eight interceptions in the first seven games.

—Neither the Eagles nor the Jaguars will be at full strength when they meet Sunday.

For Philadelphia, running back Darren Sproles (hamstring), cornerback Sidney Jones (hamstring) and linebacker Nate Gerry (ankle/knee) have been ruled out. Safety Corey Graham (hamstring) also is out, although he did make the trip to London, while defensive tackle Haloti Ngata (calf) is questionable.

Jacksonville is again without running back Leonard Fournette (hamstring). A key injury for the Jaguars is cornerback A.J. Bouye, who is sidelined this week by a calf injury. Tyler Patmon is also out, while fellow cornerback D.J. Hayden is listed as doubtful.

—Cowboys owner Jerry Jones broke his silence on Amari Cooper, saying he expects the young wide receiver to be in Dallas for the long haul.

Cooper, acquired Monday from the Oakland Raiders for a 2019 first-round pick, is recovering from a concussion. Dallas is on bye this week, and Cooper was also off in Week 7 during Oakland’s bye.

Jones, speaking on 105.3 The Fan, said that he wouldn’t have given up a first-round pick if he didn’t expect Cooper to have an impact. Cooper is under contract through the 2019 season. 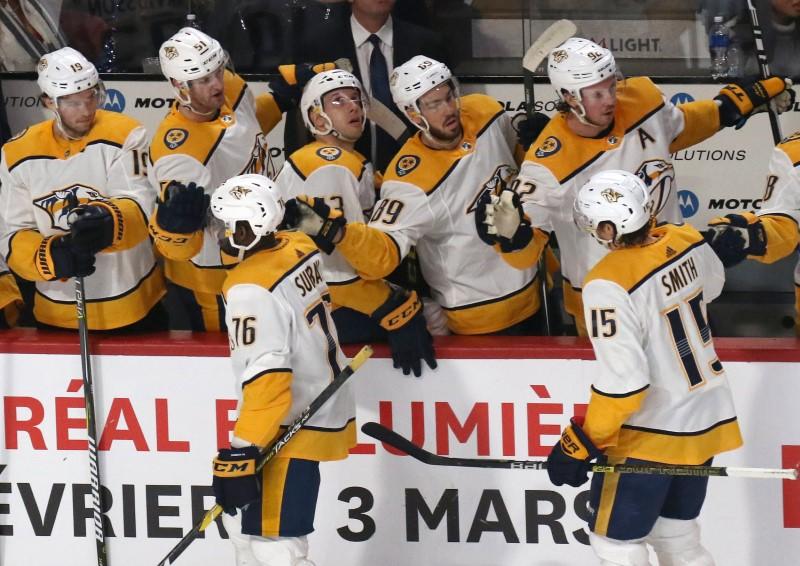 Defenseman P.K. Subban collected two assists against his former team as the Nashville Predators continued a season-high six-game road trip with a […]

Best player Vic Marks There’s no room for smartarsery here. It has to be Steve Smith averaging 110 in a bowlers’ series. […] Freedom, joy and love may have been filling the air as the Berlin Wall fell in November 1989, but there was not […]