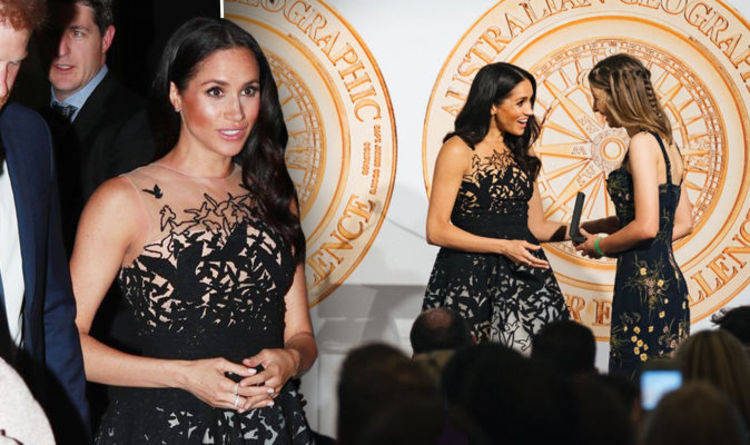 Meghan Markle, 37, has landed back in Sydney for the eleventh day of her and Prince Harry’s royal tour.

After touching back down in Sydney this afternoon, Meghan and Harry whizzed off to a glamorous black-tie dinner.

The dress was black and off-white, featuring delicate bird embroidering on the bodice and skirt, made by Sarah Esmoingt, a French embellishment designer established in New York.

Off-white netting material formed the base of the dress, with the black embroidery built on top of the material, giving it a romantic and whimsical feel.

Almost appearing to be strapless, the stunning dress had a sheer top with nude material underneath and birds placed around Meghan’s décolletage.

It was cinched in at the waist, hiding the Duchess’ growing baby bump.

She finished off the look with her favourite pair of black, Aquazzura “Deneuve” Bow Pointy Toe Pumps, which retail for $750 (£586).

Highlighting her natural beauty, the Duchess wore a shimmering pink highlighter on her cheeks and no lipstick.

Just like her makeup from earlier in the day, she wore a subtle dark smokey eye.

Meghan and Harry were attending the Australian Geographic Society Awards in Sydney.

Held at the luxurious Shangri-La hotel, the awards recognised excellence in adventure, science and conservation.

During the evening, Meghan presented awards, along with Harry, to recipients.

It was a quick change for the Duchess, who only touched down in Sydney a matter of hours ago, after a long day in Tonga.

She and Harry had been visiting Tupou College, where Meghan wore a stunning blue shirt dress.

Coming to below her knees, the elegant dress featured button detailing and long sleeves, which the Duchess rolled up.

Designed by Veronica Beard, Meghan wore the $595 (£464) “Cary Dress” before, which is unsurprisingly now almost sold out online.

Leaving a few top buttons open, she showed off a delicate gold and precious stone necklace, reported to be the Pippa Small aquamarine three stone necklace. 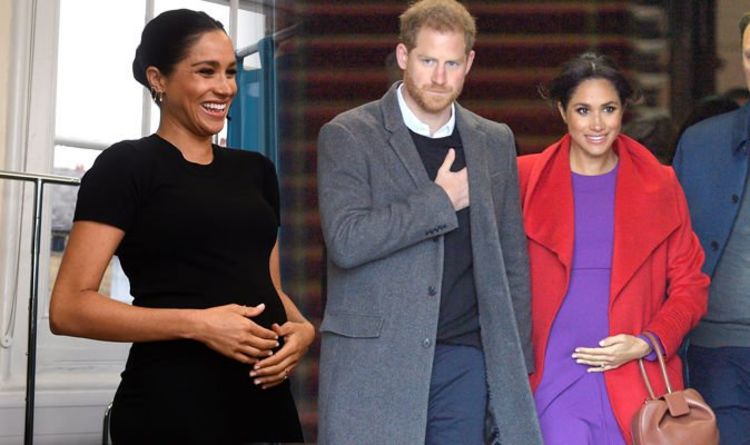 Meghan Markle, 37, is pregnant with her first baby with husband Prince Harry, 34, and the Duchess of Sussex’s due date is […] 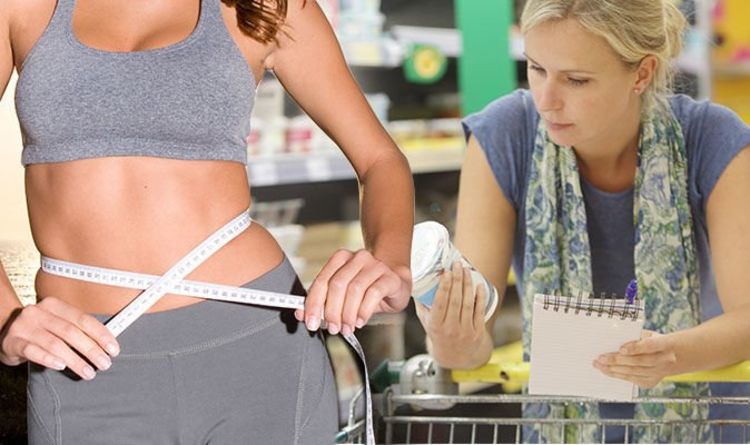 Part of a weight loss journey often means a diet overhaul for some people, in order to increase their intake of fruit […] 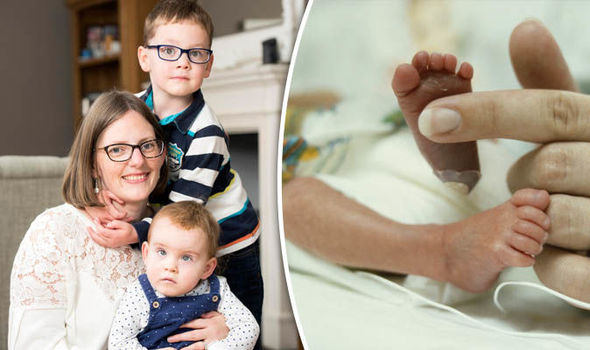 ADRIANSHERRATT Jack, 4, and his sister Alice, 1, were both born prematurely and Alice suffers from cerebral palsy Six days after his […] 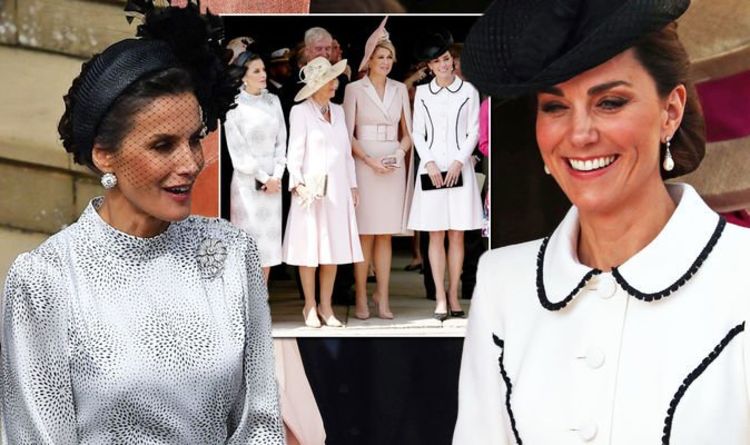 Kate Middleton and Queen Letizia of Spain went head to head in the style stakes today. The stunning women, both married to […]