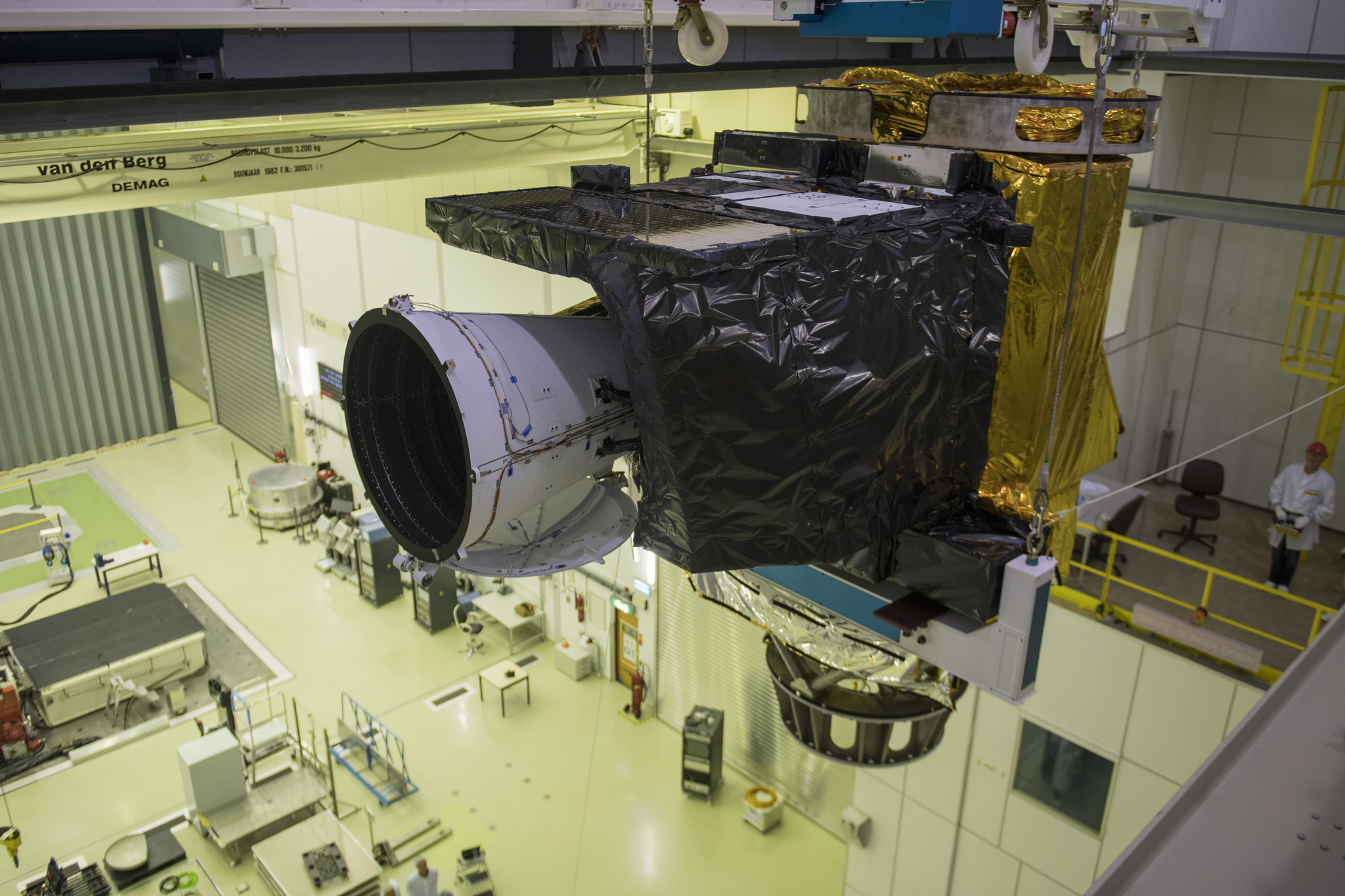 In a call with analysts, Bouchiat said it is too early to determine if demand for commercial telecom satellites will rebound. However, government demand — what in Europe is referred to as “institutional” demand — remains strong, he said.

“By the end of the year, we expect to book several other space contracts, in particular in the institutional market,” he said.

Bouchiat did not break out what fraction of Thales Group’s aerospace revenue came specifically from space projects.

Thales Group highlighted an amendment to a 2010 contract with the European Space Agency and the European meteorological organization Eumetsat for six Meteosat Third Generation satellites, for which Thales Alenia Space is the prime contractor, as one of the company’s significant new orders during its most recent financial quarter. Those geostationary satellites start launching in 2021.

Thales Group also highlighted the success of Thales Alenia Space in winning one of the six large commercial geostationary satellite orders booked this year. Eutelsat Communications of Paris ordered a powerful high-throughput satellite called Konnect VHTS from the company in April. The 6.3 ton, 500 Gigabit-per-second satellite is planned for a 2021 in-service date, and is tied with Hughes Network Systems’ Jupiter-3 satellite (ordered from SSL) as the fifth highest-capacity satellite in the world that is currently under construction. Only the two, 1-terabit-per-second ViaSat-3 satellites and SES’s seven-satellite, 10-terabit O3b mPower system, both under construction by Boeing, are projected to be more powerful.

Bouchiat hesitated to give any predictions for telecom satellite demand in 2019, saying the market remains “soft,” but expressed optimism about the remaining two and a half months of 2018.

“It is true that we face a drop in the specific telco [satellite] business, but we believe that this will be manageable for Thales,” he said. “What we see in 2018, we believe in this business, is a significant increase in terms of ordering intake as compared to the low level that we got in 2017.”

Last year Thales Alenia Space booked one geostationary telecom satellite, Inmarsat’s Global Xpress-5, which is scheduled to launch in 2019 on an Ariane 5 rocket.

Thales Group has seen “a number of requests for proposal” circulating, Bouchiat said, but said it’s anyone’s guess how long those might take to convert to satellite orders.

Thales Alenia Space is part of a team with Maxar Technologies of the U.S. and Canada to build small telecom satellites for fleet operator Telesat’s low-Earth-orbit broadband constellation, competing against Airbus for a 2019 contract with an estimated worth of $3 billion. Thales Alenia Space is also the preferred manufacturer for startup LeoSat’s constellation of 78 satellites.

Speaking during World Satellite Business Week in Paris this September, Thales Alenia Space CEO Jean-Loïc Galle estimated satellite operators will solicit bids for 10 to 15 geostationary communications satellites next year, a range considerably lower than the 20 to 25 manufacturers had grown accustomed to over the past 15 years.

Bouchiat said Thales Group is closely watching the L3 Technologies and Harris Corp. merger announced Oct. 14  to see if it results in any opportunities for Thales Group. L3 and Harris are mainly focused on the U.S. defense market where Thales Group is a small player, he said, but the company would like to see “whether we could take advantage of some assets being put for sale,” if the merger results in any divestitures. Whether that will happen is too early to tell, he said. 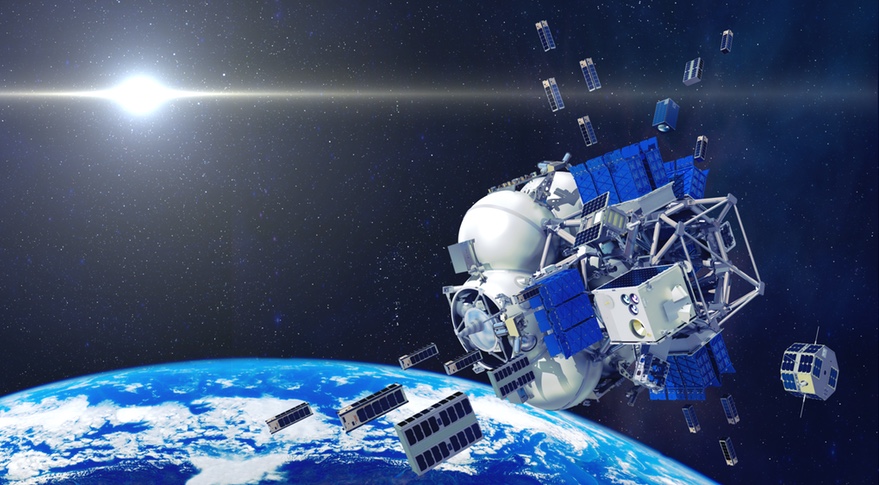 WASHINGTON – While the U.S Air Force is taking more steps to oversee nuclear command, control, and communications (NC3), the service must […] 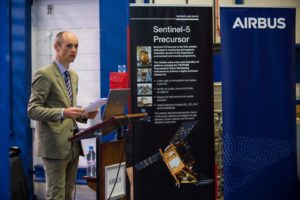 Britain intends to keep its membership in the European Space Agency. But the details remain to be seen. LONDON — Lucrative contracts […] 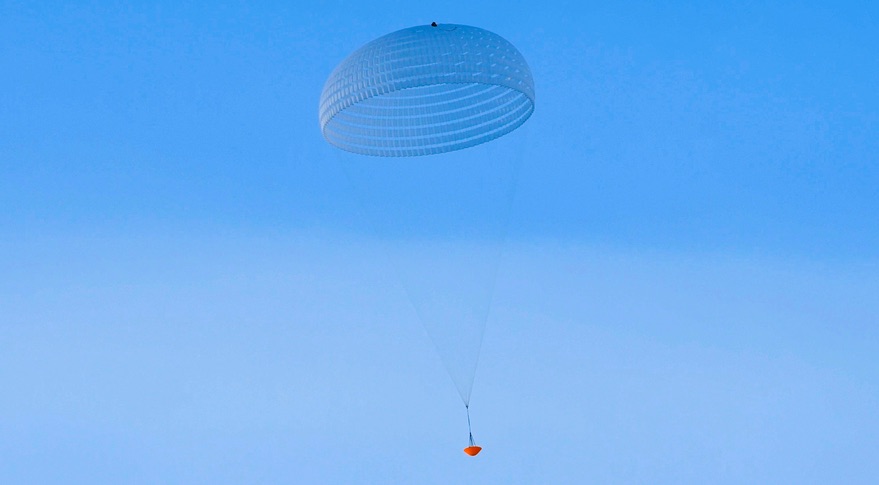 ESA needs to succeed with two upcoming parachute tests or will see the ExoMars 2020 landing mission slip to 2022. HELSINKI — […]