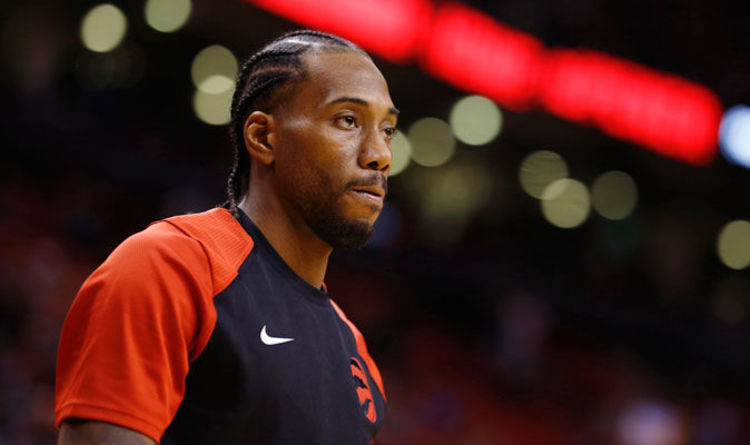 The Raptors, who take on Boston Celtics this evening, beat Cleveland Cavaliers 116-104 in their opening game of the NBA season.

Toronto have reached the NBA playoffs for each of the past five seasons but have only made it past the Conference semi-finals once.

That was in 2016 where they were beaten by LeBron James’ Cleveland Cavaliers in the Conference Finals.

The Raptors boosted their roster in the summer by bringing Leonard in following his fall-out with the San Antonio Spurs.

But the small forward doesn’t his side reaching the showpiece Finals this time out.

“We have a long road before we ever think about matching up with the champions like Golden State,” Leonard said.

Leonard – making his first appearance since January 13 – contributed a double-double in the win over the Cavs earlier this week.

The 27-year-old reached 24 points but only sunk nine of 22 shots as he added 12 rebounds and a pair of assists on a promising evening.

But having recovered from injury, Leonard is determined not to rush his return.

“It’s not about me showing the world who I am or the player they want me to be,” Leonard added.

“It’s about my comfort level. I can’t rush this.

“I’ve got to take my time. That’s my main focus.

“I’m not comparing myself to where I was [before the injury].”

It has been a long time coming, the carnival arriving at headquarters for day 25 of the tournament. When administrators were piecing […]

The fourth season of Major League Rugby will kick-off with Old Glory DC versus NOLA Gold on Saturday 20 March. Pandemic notwithstanding, […]