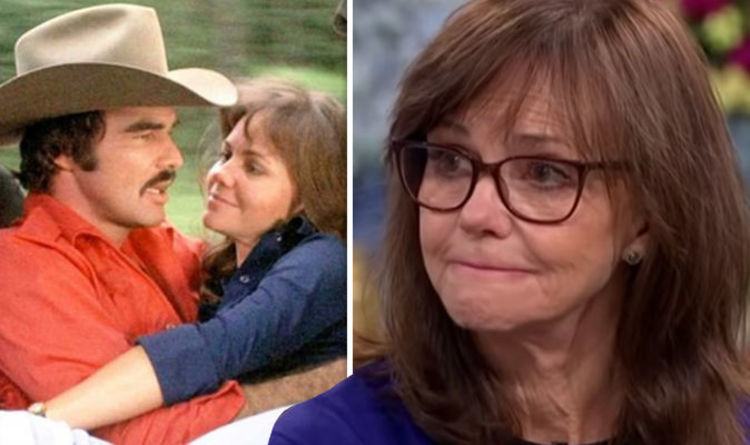 The Hollywood icon – who has starred in the likes of Forrest Gump, Mrs Doubtfire and the TV sensation Brothers And Sisters – was on This Morning this week to talk about her new book In Pieces.

Her former lover Reynolds is an integral part of the memoir, and the pair met while making the action comedy – which was a big sleeper hit in the late 1970s.

Field has said that both she and Reynolds thought the original script for the film was far from good.

“Oh, it was a piece of poop,” she told Holly Willoughby and Philip Schofield.

“[Reynolds] said something like, ‘I know this is a piece of poop!’

“But he said he thought we could ad-lib our way through it.”

The actress went on to recall how surprised she was that she had even been offered the role of Carrie.

“I had just done my first film and I was wondering, ‘why does he want me?’” she said.

“It was impossible for me to get a role in a film and yet he was calling me, and I couldn’t figure out why.”

“He said he loved me in Gidget, and I thought – ‘that’s why he wants me to sit next to him for a whole film?’”

In Pieces, the new book, was published last month – just days after Reynolds’ death at the age of 82.

“We were a perfect match of flaws,” she told This Morning of the pair’s romance.

“We went together very well but not necessarily for the right reasons.”

In Pieces has been met with warm reviews and currently holds a 3.98 rating on Goodreads, with 40% of all ratings being a full five stars.

In Pieces by Sally Field is out now.

Venice Film Festival will go ahead in September – Veneto governor

In Case You Missed It: Inside Meghan Markle and Prince Harry's Anniversary, Red Nose Day & More