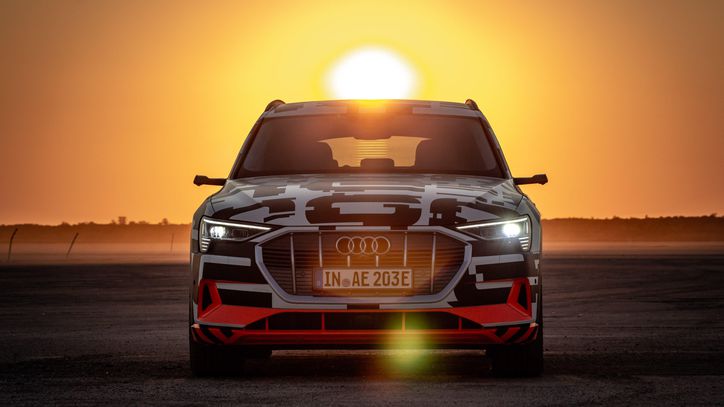 When you think about electric cars, you probably picture them plugging away in rush-hour freeway traffic, or perhaps threading between skyscrapers.

You don’t, as a general rule, picture them running around this place.

By “this place,” I mean Namibia. The middle of the Kalahari Desert, under a screaming sun. And yet, that’s exactly where I find myself at the wheel of Audi’s first mainstream electric vehicle, the 2020 E-Tron SUV.

I’ve made the epic three-flight schlep to get time behind the wheel of this important machine, and over the course of a couple of days, I’ll bomb around a massive, open salt pan — sideways — in both daylight and pitch darkness, and I’ll tiptoe noiselessly past a tower of giraffes on an off-road course.

Why Namibia? A number of reasons, as it turns out.

The E-Tron starts at $74,800 and features a new form of Quattro all-wheel drive, a two-motor, through-the-road system. Quattro, as you may recall, cut its teeth in dusty, remote and inhospitable terrains that often looked a lot like lot like Namibia. In fact, Audi positively cleaned up in World Rally Championship races around the globe using the tech in the early Eighties, including in Africa.

Naturally, the way this electric SUV delivers its power to all four wheels is entirely different than those legendary gas-powered monsters, but Audi has gone to extremes to ensure that the E-Tron isn’t just able to execute big, yawning drifts on loose surfaces, it’s exactly the type of machine capable of goading the driver into doing so.

The other thing about Namibia? It’s chock-full of German vibes, having been occupied by the European country in the 19th century. Relations are rather more cordial these days. Namibia remains a favorite tourist destination for German volks, and in the capital city of Windhoek, Deutsch is heard often enough that signs are frequently written in German and loads of locals speak fluently.

In other words, despite having nothing resembling an electric-car charging infrastructure, the E-Tron remains improbably at home in Africa.

But before I get further sidetracked by world history, let’s focus on the present. Despite now having had my mitts on it, I still don’t know everything there is to know about E-Tron. Audi has remained coy on divulging certain performance metrics, including that all-important EV figure: range.

Such details will likely have to wait for a subsequent on-road test, but for now, we know this midsize SUV will generate up to 402 hp and 490 pound-feet of torque. Audi says that’s enough to heave this 4,500-pound crossover to 60 mph in 5.5 seconds and on to a 124-mph top speed.

We can also safely ballpark that with its 95-kilowatt-hour battery, the 2020 E-Tron should hit somewhere between 240 and 295 miles per charge. A depleted pack, by the way, will be able to be filled to 80 percent in around 30 minutes if you’re lucky enough to find a 150-kW DC quick charger.

What cold, hard specs can’t tell you is the way the E-Tron comports itself — how it feels behind the wheel. While my drive time was limited to the aforementioned salt-pan drifting around a temporary road course and some mild off-roading, I can say that the E-Tron has the ingredients to be a far more entertaining steer than its SUV body style and conservative sheetmetal might lead you to think.

If hearing the term “salt pan” has you in mind of the hard-packed surface of some place like the Bonneville Salt Flats, think again. The pan’s traction coefficient is actually approximate to snow, so this isn’t just an exercise for fun, it’s actually akin to what E-Tron drivers are likely to face in the real world.

Given the E-Tron’s inherently low center of gravity afforded by its huge 1,500-pound battery pack, stable and predictable handling on loose surfaces is something you might reasonably assume. What isn’t expected, however, is the verve and ease with which this SUV attacks such scenarios.

Thanks to E-Tron’s near-50/50 weight distribution and to its electric powertrain’s inherently fluid power delivery (and a lack of transmission gears to rifle through), it’s actually easier to catch and hold a drift than it would be in most comparable conventional internal-combustion models. I also found it very easy to change directions, slaloming through our temporary road course’s gates like a super-G alpine skier.

Part of that performance is possible because Audi has developed wholly new power delivery and traction-management systems that are simply quicker by their very nature than is possible with a conventional setup in an IC SUV.

A new central control unit for the suspension, dubbed Electronic Chassis Platform, bundles together the All-Wheel Controller, which determines torque distribution, and the Wheel-Selective Torque Controller, which gently brakes individual wheels as necessary to keep the vehicle going where the driver intends. The new electronic stability control system has been shifted from a standalone module directly to the power electronics, where it can react in milliseconds, without having to course through a bunch of extra wiring.

It’s not news that modern brake systems can apply force at individual corners, and virtually every AWD setup can funnel power to the wheels that have grip. However, thanks to the way Audi has located components and networked everything, the E-Tron’s Quattro is able to monitor and react for grip and slip ultra quickly. That’s great news for handling, whether you’re imitating your favorite rally driver or doddering to hot yoga on an icy morning.

For those channeling their inner Stig Blomqvist or Michèle Mouton, however, you’ll be pleased to know that Audi offers more than just Sport and Offroad electronic stability control modes. They’ll let you turn the ESC all the way off, entrusting you, the loose nut behind the wheel, with every last ounce of control. As far as I know, this is the only EV to entrust the driver with that level of control. Audi didn’t need to take that extra step, so I take it as a measure of the confidence they have in the E-Tron’s chassis and Quattro e-AWD that they’ve allowed these nannies to be fully extinguished.

Under most circumstances, the E-Tron looks almost as much like a station wagon as a traditional SUV, primarily because it sits so low to the ground in typical driving. The E-Tron has standard self-leveling air suspension, which helps it hunker down at higher speeds to cheat the wind, and it can likewise hike up its skirt to negotiate rougher terrain. Base ground clearance sits at 6.8 inches, but the air suspension can vary clearances by up to three inches as needed.

To be fair, raising the E-Tron up to its full height doesn’t make it a proper rough-and-tumble SUV in look or ability — at least not judging by the off-roading I participated in. I primarily traversed some some modestly hilly and gnarled dirt roads, along with a single deep-rut sequence designed to show off the E-Tron’s suspension articulation and chassis stiffness.

Riding on 20-inch Goodyear Eagle Sport all-seasons, the E-Tron tackled all of this easily, of course, but so would any number of other SUVs — even those not wearing a Jeep or Land Rover badge on their nose.

(I should take pains to note, however, that Tesla’s low-slung Model X — ostensibly one of E-Tron’s main competitors — would have struggled mightily, though Jaguar’s new I-Pace might’ve taken it in stride).

One interesting departure from the norm? The E-Tron’s hill descent control. Most new SUVs have some sort of off-road cruise control for low-speed crawls downhills, but E-Tron is unusual that speed isn’t added or subtracted using the steering-wheel buttons or a stalk. Instead, the rate of progress is altered using the brake and accelerator pedals, which are temporarily desensitized to allow for single-mph control.

One other interesting note: hill descent control is automatically activated on slopes of over six percent when Drive Select is set to Offroad — most vehicles require pushing a dedicated button.

I’ll need more time to figure out if I like this control scheme better or worse than traditional button-based setups, but in my limited testing, it worked fine.

Speaking of tech I need more time with, my E-Tron featured Audi’s brand-new Virtual Side Mirrors. These units replace traditional reflective glass with a pair of small cameras and a set of high-resolution screens mounted in the upper corners of the inner doors near the dashboard. I’ve been dreaming about having this tech since I first saw it on concept cars in the 1980s.

After decades of delays, digital mirrors are finally hitting the world’s streets, although Washington red tape appears set to keep digital side mirrors out of the US in the near term.

This may not be all bad. While I love the idea of camera-based mirrors, I found there were times under the harsh Kalahari sun where the screens washed out, perhaps more than their traditional fixed-glass counterparts would’ve. And in the E-Tron, the screens are mounted too low, so you have to take your eyes off the road longer to view them. Lexus’ solution in its Japanese-market ES sedan looks comparatively ugly and tacked on, but they might have the better choice.

My Namibian prototype drive didn’t answer all of my questions about the new E-Tron. I don’t know, for instance, how its feels on a freeway, or in rush-hour commuting. I don’t have a feel for real-world range. I sampled fewer than half of the Drive Select controller’s seven different settings.

I didn’t really even get a chance to properly assess this SUV’s full interior, let alone things like its infotainment and advanced safety aids. That’ll all have to wait a bit longer until we get a proper drive of undisguised production models later this year.

Until then, what I can tell you is that whether you’re a diehard EV cheerleader, an Audi fan or simply someone who loves to drive, the 2020 E-Tron looks like it’ll be worth a long look when it hits US dealers next spring. 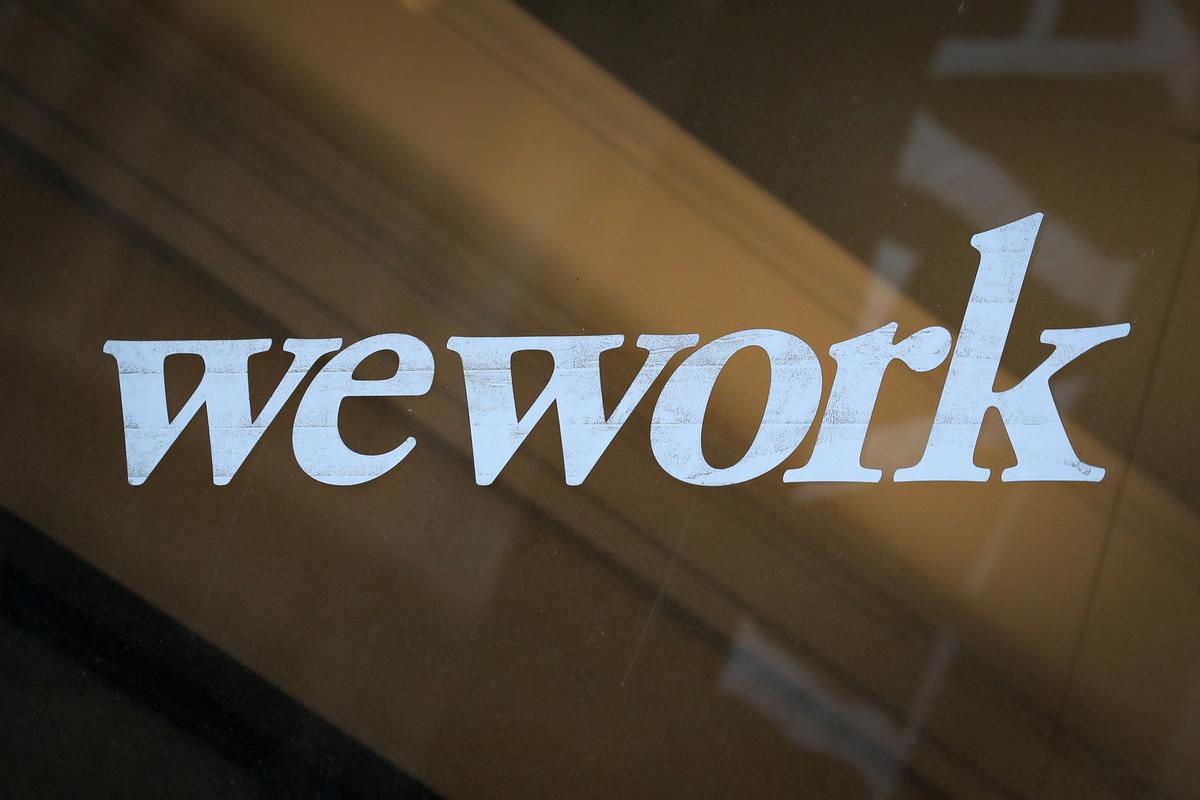 FILE PHOTO: The WeWork logo is displayed on the entrance of a co-working space in New York City, New York U.S., January […] 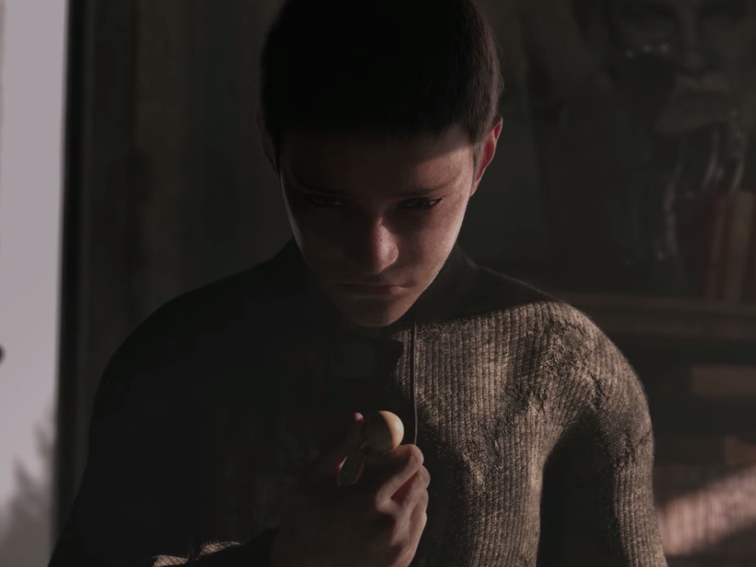 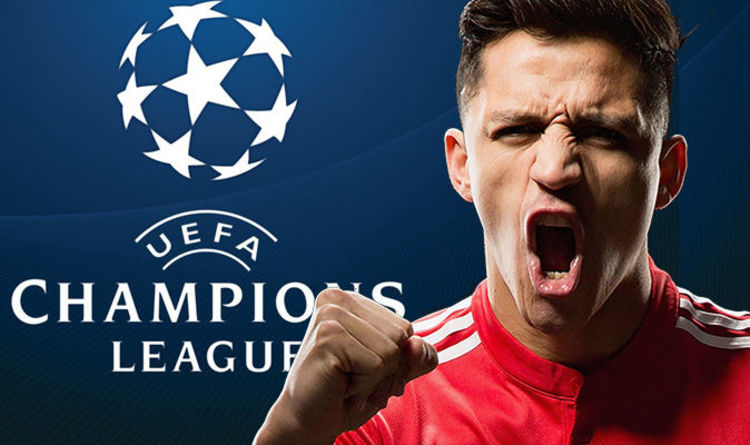 Manchester United will play Sevilla in a huge night of Champions League football this evening. The big European clash is set to […] 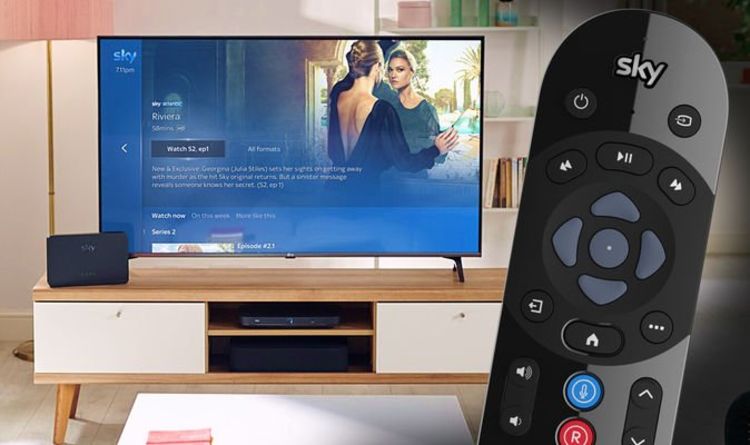 Let’s cut to the chase – Beehive Bedlam is back. Yes, the addictive bee-based game, which was a staple on older Sky+ […]