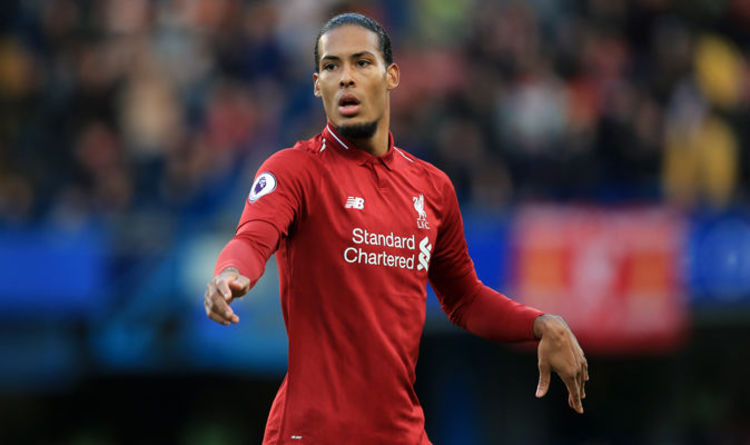 Van Dijk is back with the national team for the first time since angering Koeman with a shocking error that led to a goal in Holland’s 2-1 defeat to France in the Nations League last month.

And the Liverpool defender almost cost his club side a point when he clumsily brought down Leroy Sane in their clash with rivals Manchester City on Sunday.

Luckily for the Dutchman, his blushes were spared after Riyad Mahrez fluffed his lines from the spot.

But Koeman pulled no punches when asked about his star defender.

He said: “I told Virgil within 30 seconds of the end of the game against France what I thought.

“I know him so well – and that means I know where all his little faults are.

“Virgil has to improve. Not a lot. But sometimes he is a little too laid back. That needs to change.

“There are moments as a defender when you should be no more than three feet away from the striker you are marking.

“And, particularly in Van Dijk’s case, because of the strength and power he has he is too laid back.

“On Monday, when he arrived in our training camp in Zeist, he could see from the look on my face that I was thinking about the foul he made when Liverpool played Man City on Sunday.

“The tackle cost his team a penalty and Virgil realised that he had made the wrong decision.

“It will not affect his chances with me. He is still my main man, but I want him to get better.”

Koeman is the man responsible for bringing Van Dijk to England having signed him from Celtic for £13million while manager of Southampton.

He has since gone on to become one of Europe’s best centre-backs – his form on the south coast prompting Liverpool into a record £75m move in January.

Key facts about karate at the Tokyo 2020 Games

Olympics: In wintery Britain, UK athletes turn the heat up for Tokyo

The Harvey Weinstein story: From studio to courtroom in 40 years