Those headphones. Wowzers, they are bold.

Dejan Lovren’s return to the Liverpool team has been welcomed by many. “As a Liverpool fan, I was feeling nervous about this game,” writes Tim Woods. “Much less so now I see one of the world’s greatest defenders is back among the ranks.” Here’s a dramatic photograph of his Anfield arrival:

The last time Manchester City played at Anfield in the league, the home side won 4-3. It wasn’t their first such victory, mind, and even if Jonathan Wilson’s tactical analysis is spot on today won’t be the first time full-backs will prove crucial. Here’s our report of the match played at Liverpool on 21 November 1931. Note the Mourinho-appropriate description of “bad play and bad tempers at Old Trafford” at the bottom (United had lost 2-1 at home to Bury in the Second Division):

So the teams are largely as expected. Naby Keita is fit only for the Liverpool bench, while Joe Gomez is preferred to Trent Alexander-Arnold at right-back, meaning that Dejan Lovren makes his first league start of the season in the centre. Benjamin Mendy returns to City’s line-up, while Ilkay Gundogan and Kevin de Bruyne, who Pep Guardiola suggested might be involved, are not involved.

The team sheets are in, and these are the names upon them:

Well this is exciting, isn’t it? First against second in this morning’s league table, the league’s best two defences and England’s finest attack come face to face at Anfield. I could go on, but I’ve got a veritable travelling library of pre-match reading for you to get stuck into and this is a game that probably doesn’t require any further previewage, so instead wrap your chops around Jonathan Wilson’s tactical summary:

And then move onto Andy Hunter and Jamie Jackson’s man-by-man squad-scoring thingamajig:

Before tucking into Paul Wilson’s preview:

And then hold on to your hats and brace yourselves for a whole lot of fun! 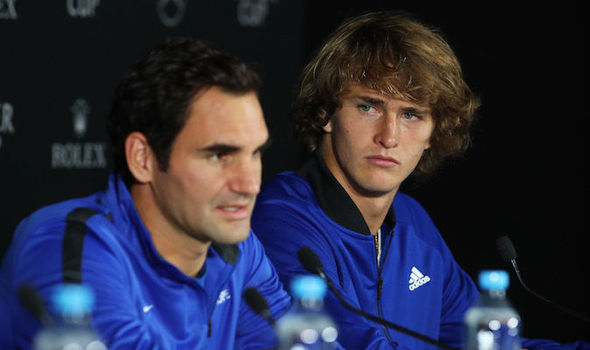 Federer opening his campaign with a routine win over Jack Sock, although the American put up more of a fight than the […]

India are to return to the Gabba next summer and have agreed to play a day-night Test against Australia. Virat Kohli’s men […]