The Los Angeles Dodgers clinched a playoff spot for the sixth consecutive season Saturday afternoon, using an RBI triple from Manny Machado to break an eighth-inning tie en route to a 10-6 victory over the host San Francisco Giants.

The Dodgers overcame a rare subpar effort from Clayton Kershaw to officially eliminate St. Louis from contention in the National League wild-card race. The Cardinals had won earlier in the day against the Chicago Cubs to temporarily stay alive.

Later in the evening, Los Angeles tied Colorado atop the NL West after the Rockies fell at home against Washington. The winner of the division will face Atlanta in the NL Division Series, while the runner-up will meet the Cubs or Milwaukee in the wild-card game on Tuesday night.

After the Giants had rallied into a 5-5 tie with a two-run fifth inning against Kershaw, the Dodgers got their go-ahead run in the eighth after Chris Taylor led off with a single off Mark Melancon (1-4). Two outs and a wild pitch later, Machado went the other way for a triple high off the wall in right field, easily plating Taylor with the go-ahead run.

Trea Turner and Juan Soto homered, and Washington knocked Colorado out of sole possession of first place in the National League West with a big win at Denver.

Nolan Arenado and Carlos Gonzalez homered for the Rockies, who suffered their first loss in nine games.

Right-hander Miles Mikolas remained unbeaten in September with eight strong innings, but St. Louis was later eliminated from postseason contention despite its victory at Chicago.

Matt Carpenter broke a 1-1 fifth-inning tie with an RBI single for the Cardinals, who were seeking a return to the postseason after a two-year absence.

With the loss, the Cubs are now tied with Milwaukee in the duel for the National League Central title. The Brewers edged Detroit later in the evening.

Christian Yelich hit two home runs, including a go-ahead solo shot, as Milwaukee moved into a first-place tie in the National League Central with a tight win over visiting Detroit.

Yelich, who drove in three runs, also homered in the series opener on Friday. His upper-deck blast off Daniel Stumpf (1-5) gave the Brewers a 6-5 lead in the seventh.

Erik Kratz drove in two runs, and Jonathan Schoop added two hits, a run scored and an RBI. Joakim Soria (3-4) tossed a scoreless inning of relief for his second victory in as many games. Jeremy Jeffress struck out the side in the ninth to notch his 15th save.

Rookie Gleyber Torres hit the record-setting 265th home run of the season in the fourth inning for New York in a win at Boston.

Torres hit the homer into the right-center-field seats with two outs in the fourth inning when he drove a 1-1 fastball from Eduardo Rodriguez (12-5) into the Boston bullpen above the short right-center-field wall. Torres’ drive broke the previous record set by the 1997 Seattle Mariners, who were led by Hall of Famer Ken Griffey Jr.’s 56 homers.

Giancarlo Stanton and Greg Bird delivered RBI doubles before Torres homered as the Yankees reached 100 wins for the first time since 2009 and 20th time in team history. Stanton later added his 38th homer leading off the seventh against Steven Wright.

Longtime Mets third baseman David Wright played in his final major league game and went 0-for-1 with a walk before exiting in the top of the fifth of New York’s 13-inning win over visiting Miami.

Wright jogged out to third base for the fifth, but manager Mickey Callaway exited the dugout to pull Wright for Amed Rosario. A teary-eyed Wright waved to all sections of Citi Field and hugged teammates standing in front of the dugout before heading down the steps. He exited for one more curtain call before disappearing into the clubhouse.

Johnny Field doubled and singled in a six-run second inning, propelling Minnesota past Chicago at Minneapolis.

Right-hander Kyle Gibson (10-13) became a double-digit winner for the fourth time in the last five seasons, limiting the White Sox to one run and three hits in six innings. He struck out seven.

Gibson struck out Yoan Moncada and Yolmer Sanchez to start the game, bringing the White Sox’s single-season whiff total as a team to a record 1,572. Milwaukee had set the previous mark last year.

Carlos Correa lined a tiebreaking double in the top of the ninth inning to give Houston the victory over host Baltimore in the first game of a doubleheader.

The game was tied at 3-3 when the Astros started a two-out rally against Baltimore left-hander Sean Gilmartin (1-1). George Springer drew a walk, and Correa then lined a 3-1 pitch into the gap in right-center. Springer was able to score from first without drawing a relay throw.

Will Harris (5-3) threw a scoreless eighth inning and took the victory. Hector Rondon came on in the ninth and closed it for his 15th save.

Myles Straw, Brian McCann and Jake Marisnick all homered as Houston swept its doubleheader at Baltimore.

Astros starter Dallas Keuchel went just three innings in his final start of the season. He gave up one run and came away with a no-decision as the Astros apparently were getting ready for the playoffs and wanted others to throw — six pitchers worked overall in this game.

Brad Peacock (3-4) threw a scoreless fourth inning and earned the victory. Ryan Pressly took care of the ninth for his second save, and he now has a scoreless streak of 21 straight games.

Rays starter Blake Snell struck out 10 in five innings, allowing one run, three hits and four walks, but did not factor in the decision. A leading candidate for the American League Cy Young Award, the left-hander lowered his ERA to 1.89 for the season.

Sergio Romo struck out three to earn his 25th save of the season despite allowing a pinch-hit home run to Reese McGuire with one out in the ninth. Rays pitchers had 18 strikeouts.

Relievers David Hernandez (1 1/3 innings), Jared Hughes (one inning) and Raisel Iglesias (one inning, 30th save) joined Lorenzen (4-2) in putting together a six-hit shutout for Cincinnati, which ended a six-game losing streak.

Pirates starter Jameson Taillon (14-10) struck out seven and walked none in six innings. He allowed three runs and seven hits. He finished his season with a string of 22 straight starts allowing three earned runs or fewer.

Cesar Hernandez drove in two runs with a bases-loaded single in the seventh inning as Philadelphia snapped a nine-game losing streak with a shutout of visiting Atlanta.

The outburst was enough to give the win to starting pitcher Aaron Nola (17-6). The right-hander fired seven shutout innings, allowing two hits and four walks. He struck out eight.

Nola finished the season with 224 strikeouts. Hector Neris pitched the eighth inning, and Seranthony Dominguez worked the ninth to earn his 15th save in 19 opportunities.

Whit Merrifield went 2-for-4 with a two-run double to match his career-best hitting streak of 19 games. Merrifield also stole two bases to take over the major-league-lead with 44 as the Royals won for the fifth time in six games.

Jose Ramirez went 3-for-4 with a homer, and Melky Cabrera had two hits for the American League Central champion Indians.

Vargas, who was a Triple-A Pacific Coast League All-Star, gave the Diamondbacks a 1-0 lead with an RBI single in the second, then hit a two-run homer off Padres starter Jacob Nix (2-5) in the fourth for a 4-0 advantage.

Trevor Cahill (7-4) picked up the victory for Oakland, allowing an unearned run and one hit over four innings. He walked one and struck out two. Blake Treinen notched his 38th save.

The Mariners evened the season series with the last-place Rangers at 9-9 with one game left. Seattle has a winning record against every other team in the American League West this season.

Nick Vincent (4-4) got the victory. Fellow right-hander Edwin Diaz struck out the side in the ninth for his major-league-leading 57th save of the season. 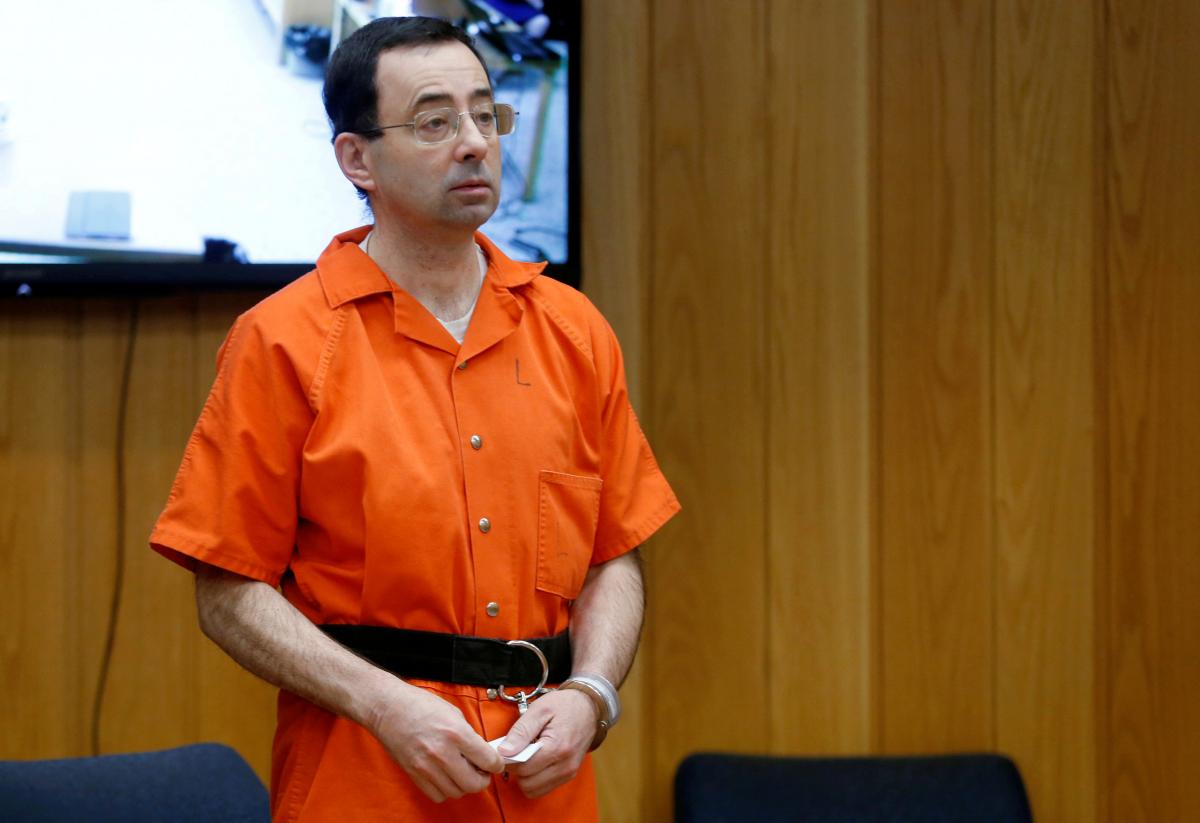 (Reuters) – The U.S. Olympic community prioritized “medals and money” over the safety of its athletes, creating a culture that contributed to […]

Vladimir Putin has expressed support for Russian figure skater Kamila Valieva, saying she did not compete “dishonestly” after her doping case dominated […] 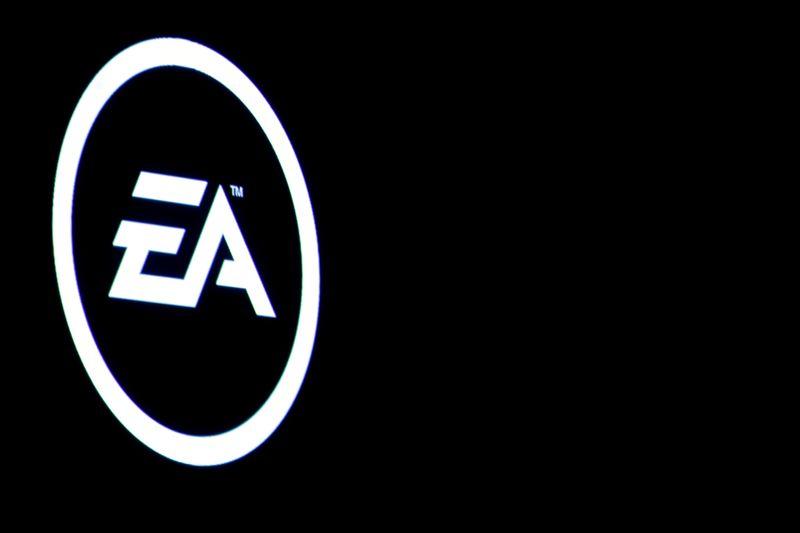 FILE PHOTO: The Electronic Arts Inc., logo is displayed on a screen during a PlayStation 4 Pro launch event in New York […]