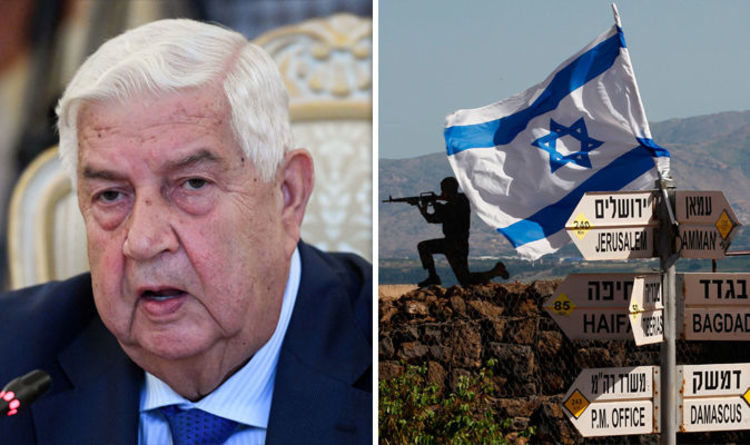 Speaking on the sidelines of the 73rd UN General Assembly, Mr Muallem also insisted that Syria was determined to liberate the “occupied” Golan Heights from Israel.

He told his counterparts: “Israel even supported terrorist groups that operated in southern Syria protecting them through direct military intervention and launching repeated attacks on Syrian territories.

“Just as we liberated southern Syria from terrorists, we are determined to restore the Golan Heights to the borders set in 1967.

“We call on Israel to comply with UN resolutions and allow the Palestinians to establish their state.”

Mr Muallem continued his speech by arguing his country is now ready for the voluntary return of refugees who fled during the more than seven-year conflict.

He added: “We welcome any assistance with reconstruction from those countries that were not part of the aggression on Syria.

“The countries that offer only conditional assistance or continue to support terrorism, they are neither invited nor welcome to help.”

Almost two weeks ago the leaders of Russia and Turkey agreed to establish a demilitarised zone in the Syrian province of Idlib, the last major enclave held by rebels opposed to Syrian President Bashar al-Assad.

However, several countries are still currently undertaking military operations in Syria, with varying forces launching strikes from the ground and the air.

The tensions between between Syria and Israel further escalated last Thursday, when a Russian il-20 aircraft carrying 14 Russian soldiers was shot down in the Latakia province of Syria.

Syrian ally Vladimir Putin blamed Israel for the attack as it holds the country responsible for creating a “dangerous situation” by performing unannounced attacks in the province, which resulted in a Soviet reconnaissance plane being accidentally shot down by Syrian Air Defence systems.

Russia promised retaliation on Israel for “shooting down” the il-20 aircraft.

Russian Defence Ministry spokesman Igor Konashenkov commented on the incident, saying: “As a result of the irresponsible actions of the Israeli military, 15 Russian service personnel perished.

“This absolutely does not correspond to the spirit of Russian-Israeli partnership.

“We reserve the right to take commensurate measures in response.” 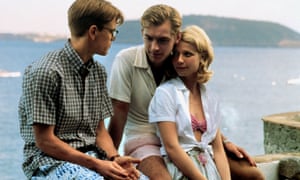 Pyongyang was told to abandoned its nuclear programme by assembled defence officials from the United States, South Korea and Japan. A statement […]

FILE PHOTO: The logo of Sanofi is seen at the company’s headquarters in Paris, France, April 24, 2020. REUTERS/Charles Platiau/File Photo PARIS […]