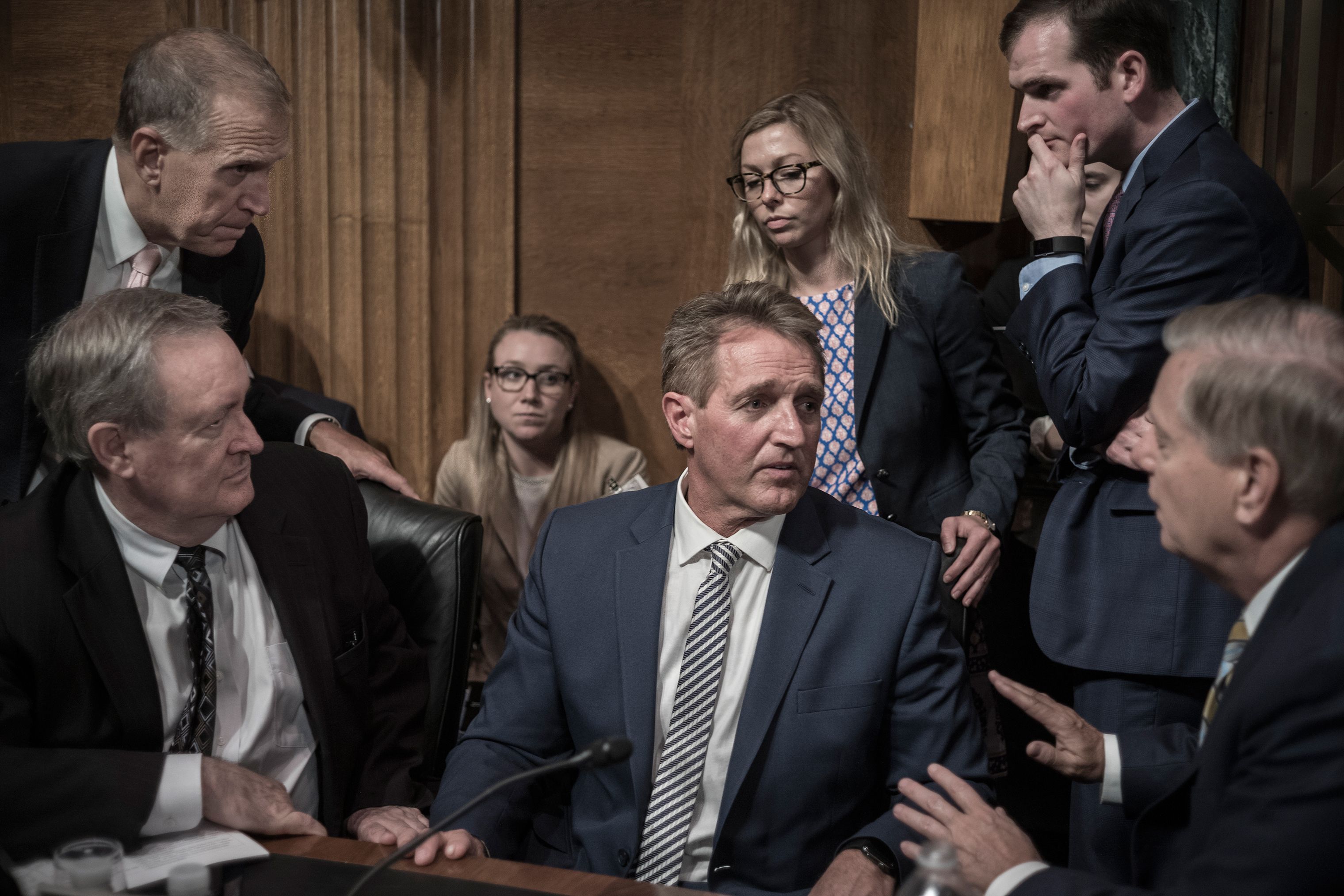 One of the reasons I moved from California to Washington, D.C., a year ago to photograph politics in the Donald Trump era was a curiosity about what happens outside of the frame of the television screen, such as the interactions between the staffers and the senators, and the senators with each other. I’m an independent photographer, credentialed to cover the members and halls of government, and like many others here I’m constantly in search of unique moments and scenes that convey the reality, and the gravity of it. Sometimes a photographic situation that I may like is not quite the “newsiest” of the day, but on Sept. 28 those two dynamics merged.

The day after sharply contrasting testimonies under oath from Christine Blasey Ford and Brett Kavanaugh regarding her sexual assault allegation, there was a sense of seriousness on Capitol Hill. With Trump’s seal of support for his already-controversial nominee that evening, the expectation on Friday was that the Senate Judiciary Committee would narrowly vote along party lines to advance Kavanaugh’s nomination to the full Senate. So while the committee’s hearing in the Dirksen Senate Office Building had tremendous weight, the outcome seemed certain.

The hearing went on all morning. I photographed the first 45 minutes or so, then left to edit and file my pictures and see what other photo opportunities there might be around the Hill. When I heard the vote would happen at 1:30 p.m., I dashed over to the Supreme Court building, a couple blocks away, to briefly photograph a protest before heading back to the hearing.

Just before I returned, I heard on a television that something was happening with Arizona Republican Sen. Jeff Flake, who earlier had announced his intention to support Kavanaugh. I was unaware of the significance and the impact of a videotaped confrontation at an elevator between Flake and two women who said they were sexual assault survivors.

Around 1 p.m., when I walked in, the pack of photographers appeared larger than it was in the morning. The room is much more intimate than where the original Kavanaugh hearings took place. Photographers are allowed to move around a bit, but if you’re sitting in front of the senators you can’t stand up when the hearing officially begins, as you will block the network cameras. When it’s this tight, you essentially have to commit to a spot.

The mood was tense. Usually with these hearings, there is a sense that the decisions have already been made behind closed doors and that by the time the politicians appear, things have already been worked out. This felt palpably different. Senators and staffers were huddled in small groups, speaking in hushed tones. The Republicans sit on one side of the room and Democrats sit on the other. At one point all the Republicans, except for Flake, were seated. None of the Democrats were, either.

With his absence so apparent, I planted myself on the Republican side. I was just a few feet away from several Republican senators and they did not look pleased. I found it interesting, as they had been tense with the Democrats but maybe were now frustrated with one of their own.

Flake was one of the last people to walk in, and I was close enough to photograph him with a wide angle as he sat down. As the hearing began, it seemed most senators did not have a full understanding of what might play out.

After Flake spoke, and in a surprise reversal called for a limited FBI investigation before he felt the full Senate should vote, a few senators asked questions, a vote was taken to recommend Kavanaugh, then the chairman, Sen. Chuck Grassley, wrapped it up pretty quickly. My immediate thought was, “Flake is the most important person in the room right now. He’s just thrown a wrench into the Republicans’ process. How will the other senators react?”

I moved in front of his seat and wanted him fairly tight in the frame, but also aimed to capture what was happening around him. A few senators gathered around Flake as he looked in the direction of Sen. Lindsey Graham, who I heard say “we need to talk.” It was very fast. I have just a few frames of the moment, and each one is different. Then he got up, and with the pack of photographers, I followed him as he left the room.

I don’t remember looking at the back of the camera — known as “chimping” — right away. I felt pretty confident I had something decent, and just hoped it was in focus. I went back to our work room and began to edit. I saw that the elements of the picture — the body language and expressions — had come together in a way that conveyed the situation in a way I thought was true, and fortunately were graphically well-organized and sharp. On this historic day, following another historic day, that was as much as I could ask.

David Butow is a photographer based in Washington, D.C. He is represented by Redux Pictures. Follow him on Instagram @davidbutow. 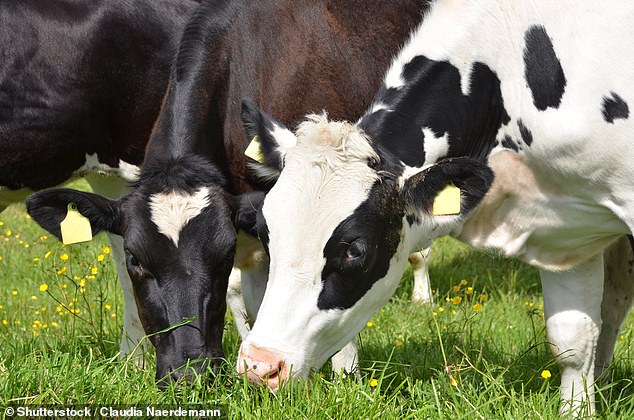 Milk from cows fed on grass is BETTER for the environment than drinking milk made from soya beans, study claims Researchers examined […] 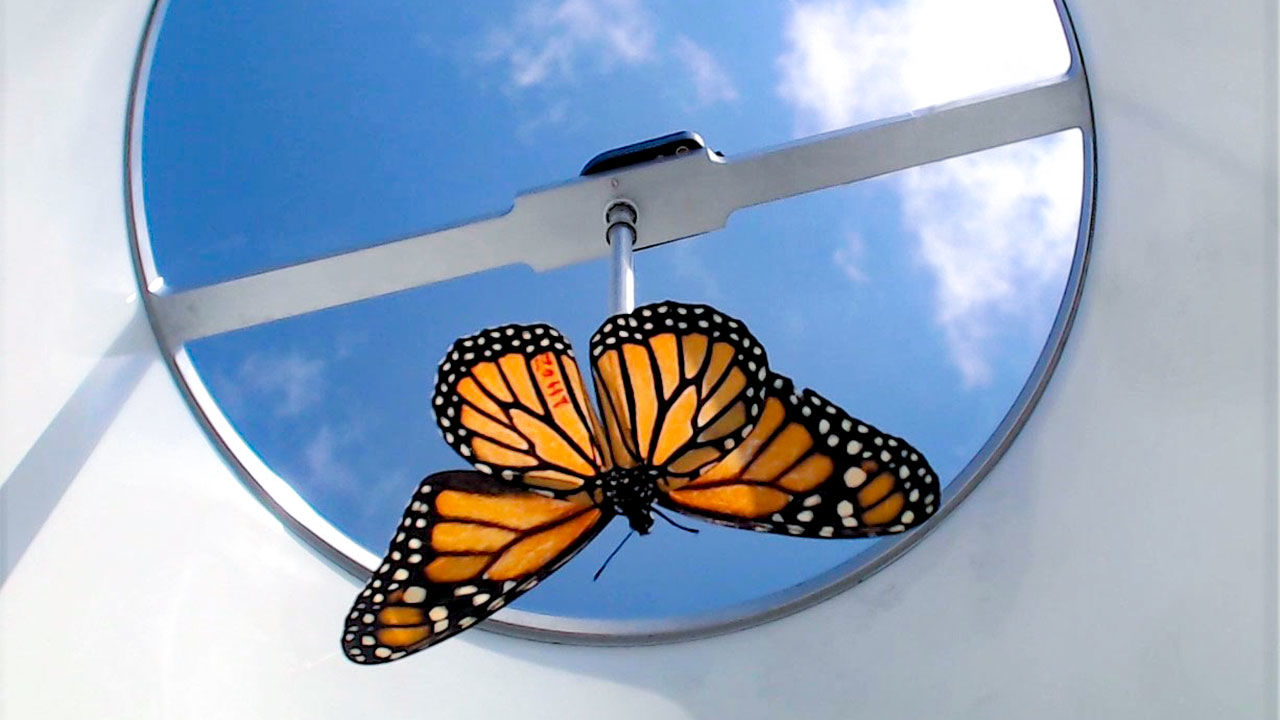 Aye Tenger-Trolander By Elizabeth PennisiJun. 24, 2019 , 3:20 PM In what may be a cautionary tale for citizen scientists trying to […] 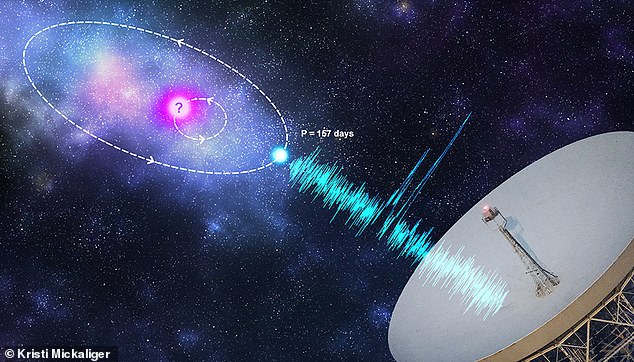 A mysterious radio burst coming from the same spot in deep space on a regular cycle has returned ‘right on schedule’, according […]