The first vote by a Senate committee is due over the nomination of Brett Kavanaugh to the US Supreme Court.

It follows dramatic testimony by Judge Kavanaugh and Christine Blasey Ford, who has accused him of sexual assault.

Prof Ford, close to tears, described the alleged 1982 attack in detail saying it had “drastically” affected her life. Judge Kavanaugh angrily denied he had assaulted her or anyone.

President Donald Trump has urged the full Senate to approve his nominee.

That vote is expected next week. Republicans currently have a majority of 51-49, but the outcome is far from certain with a number of senators on both sides undecided.

The American Bar Association has called for a delay of both votes to allow the FBI to investigate the claims by Prof Ford and other women.

The Supreme Court plays a vital role in US political life – appointed for life, its nine members have the final say on US law.

This includes highly contentious social issues, such as abortion, and challenges to government policy.

Judge Kavanaugh’s appointment would tilt the balance in favour of conservatives for years to come.

For this reason, Republicans accuse the Democrats of seeking to delay the confirmation until after the mid-term elections in November when they hope to win enough seats to stop it altogether.

What did Christine Blasey Ford say?

The hearing, which lasted for nine hours, brought an outpouring of support for Prof Ford – a university professor – from the #MeToo movement against sexual harassment and assault.

Prior to Thursday, no-one had heard from the 51-year-old publicly since the allegations arose.

After addresses by the leading Republican and Democrat senators, Prof Ford delivered her statement, at times close to tears.

“I am here today not because I want to be,” she said. “I am terrified. I am here because I believe it is my civic duty to tell you what happened to me while Brett Kavanaugh and I were in high school.”

She alleged he and his friend Mark Judge had locked her in a bedroom during a small gathering at a house in a Washington DC suburb in the summer of 1982, when she was 15 and Brett Kavanaugh was 17.

She said Judge Kavanaugh had tried to remove her clothing, pinned her to a bed and groped her. Both men were “drunkenly laughing”, she said.

She added: “Brett’s assault on me drastically altered my life. For a very long time, I was too afraid and ashamed to tell anyone the details.”

Under questioning by a Democratic senator, she said her most vivid memory was “the laughter between the two and their having fun at my expense… They were laughing with each other – two friends having a really good time with one another”.

In an answer to a question from another Democrat about claims of mistaken identity, Prof Ford said she was “100%” certain that Judge Kavanaugh had assaulted her.

Many of the 10 Democrats in the 21-person committee praised Prof Ford for coming forward – and supported her call for an FBI investigation into her allegations.

The 11 Republicans, all men, deferred most of their questions to a lawyer, Phoenix prosecutor Rachel Mitchell.

How did Brett Kavanaugh respond?

“This confirmation process has become a national disgrace,” he told the committee.

“The constitution gives the Senate an important role in the confirmation process, but you have replaced advice and consent with search and destroy.

“Since my nomination in July there has been a frenzy on the left to come up with something, anything to block my confirmation.”

He insisted he would not be “intimidated” into withdrawing from the process.

“You may defeat me in the final vote but you’ll never get me to quit. Never.”

Judge Kavanaugh said he did not doubt that Prof Ford had been assaulted, but insisted: “I’ve never sexually assaulted Dr Ford – or anyone.”

He admitted he had drunk beer while at high school, but said he had never got so drunk as to forget events.

He added that his calendars for 1982 – which he had kept – showed he had not attended a party at the location Prof Ford had described.

And his friend, Mark Judge, has sent two letters to the committee saying he has no recollection of the events described by Prof Ford and adding that he had never seen Judge Kavanaugh behave in the way alleged.

What has been the reaction?

The Democratic senators on the committee have called on President Trump to “immediately withdraw” Judge Kavanaugh’s nomination.

Moments after the hearing ended, however, President Trump tweeted that he was standing by his nominee and said he found Judge Kavanaugh’s testimony “powerful, honest and riveting”.

Mr Trump has repeatedly defended the judge’s character, saying he is “one of the highest quality people” he has ever met.

Judge Kavanaugh showed America exactly why I nominated him. His testimony was powerful, honest, and riveting. Democrats’ search and destroy strategy is disgraceful and this process has been a total sham and effort to delay, obstruct, and resist. The Senate must vote!

Thousands of protesters against the nomination took to the streets on Thursday and 59 people were arrested near the Supreme Court in Washington, DC.

The Senate Judiciary Committee must vote on Judge Kavanaugh’s confirmation. The vote could result in a recommendation that the candidate should be confirmed or rejected, or in no recommendation at all. The committee is meeting at 09:30 (13:30 GMT) and the vote is expected sometime later.

After Friday’s panel vote, the full Senate could start taking procedural votes at the weekend.

A final vote by the full chamber could come as soon as Tuesday.

Republicans want their nominee in place before mid-term elections in November, when Democrats hope to take control of the Senate.

A simple majority of those present is needed for the confirmation. If there is a tie, the vice-president, who presides over the Senate, casts the deciding vote.

But, a number of Republican senators remain undecided, including Susan Collins, Lisa Murkowski and Jeff Flake, as well as one Democrat, Joe Manchin.

However, in a letter after Thursday’s hearing, Robert Carlson, head of the American Bar Association – the body gathering US lawyers and students of law – urged a delay of the vote to enable the FBI to check the allegations against Judge Kavanaugh.

The association has previously supported Judge Kavanaugh for the role.

Prof Ford has also called for an FBI investigation. Under hostile questioning from Democratic senators on Thursday, Judge Kavanaugh said he did not see the need for such an investigation.

Are there other allegations?

Yes, and new ones appeared as the hearing loomed. At present they are:

Judge Kavanaugh denies these allegations, and on Thursday called Ms Swetnick’s allegation “a joke” and “a farce”. 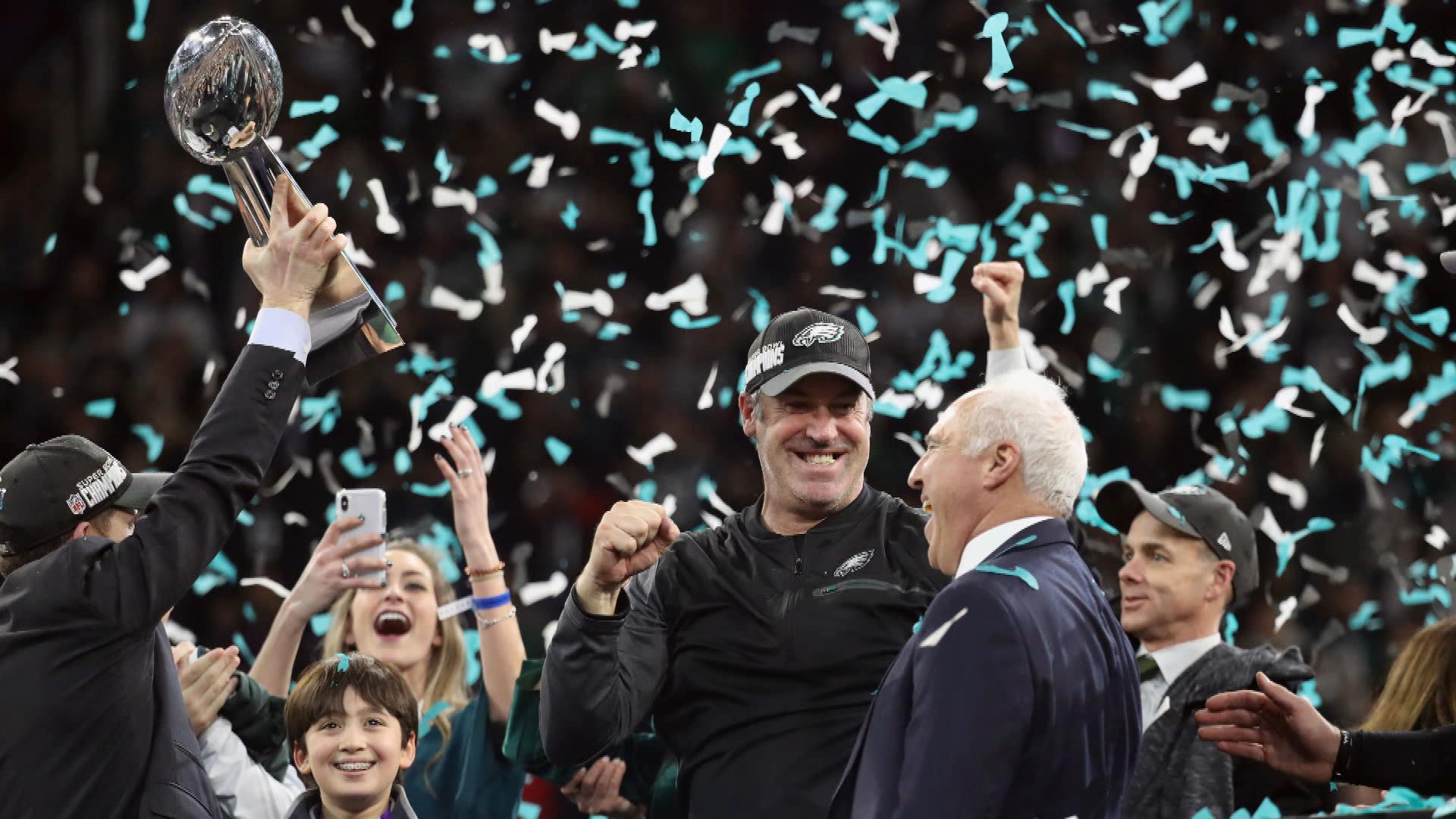 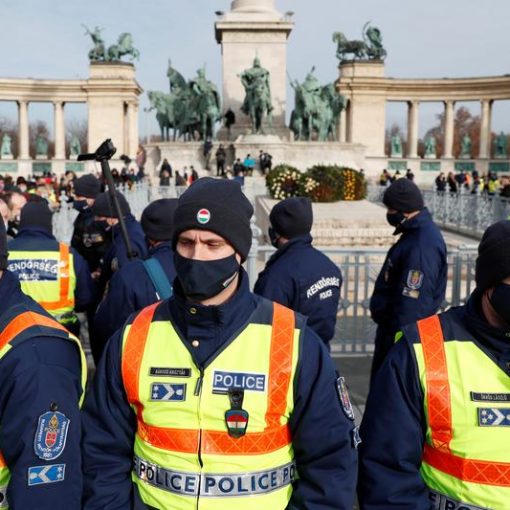 BUDAPEST (Reuters) – Restaurant workers were among hundreds of people protesting against coronavirus lockdown measures on Sunday in Budapest, and at least […] 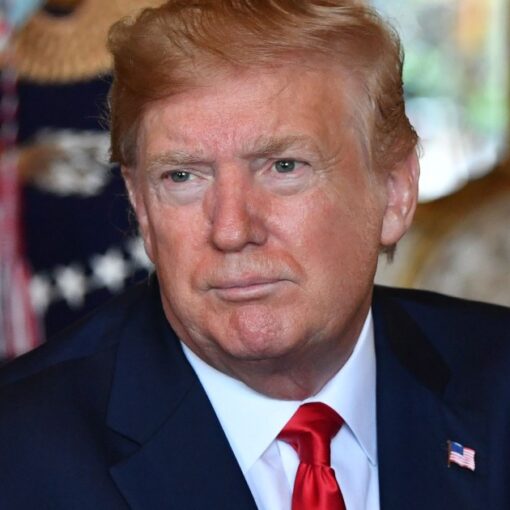 A 72-year-old New York man was arrested Monday on a charge of threatening to kill former President Donald Trump. But it doesn’t […] 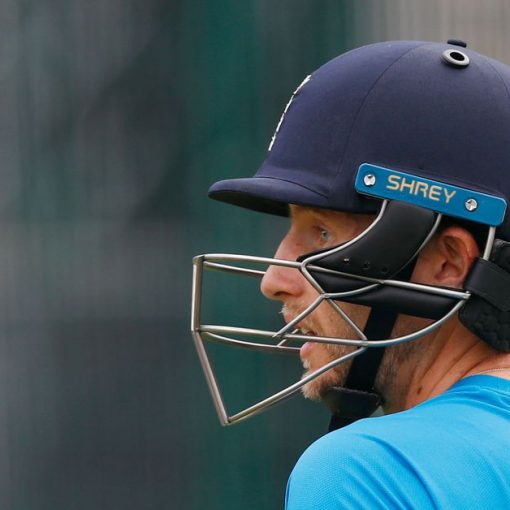