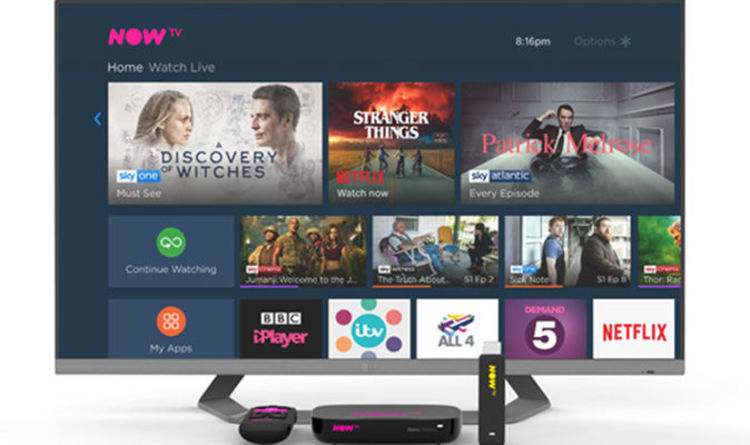 Sky announced last week that the Netflix app is set to launch on its Q platform in November with content sitting side-by-side in one place.

But if that seems like a long time to wait there’s some good news for anyone who uses the satellite television firm’s NOW TV service.

It’s been confirmed that those with a NOW TV streaming device will get the Netflix app from today.

This will allow customers to access more content, including original shows, films and classics from one single set-top box or streaming stick.

As well as giving users this extra feature there’s also some more big news from NOW TV with the launch if their Smart Box with 4K & Voice Search.

The latest streaming device launches today and offers the ability to stream content in Ultra HD 4K HDR quality and search for programmes via the power of speech.

Priced at £45.99 the NOW TV Smart Box with 4K & Voice Search is the lowest priced 4K streaming device in the UK and is available from nowtv.com.

It will also be available bundled with a month’s Entertainment, Sky Cinema, Kids and Sky Sports Day Pass for just £49.99 from major retailers including Argos and Currys PCWorld.

Speaking about the update, Gidon Katz, Managing Director of NOW TV, said: “With 4K and Voice Search the powerful new NOW TV Smart Box gets you to your favourite shows faster than ever and lets you explore the expanding world of 4K content across our apps.

“Plus, settle in and stream the shows you love all in one place as we end the struggle with TV inputs by adding Netflix to our NOW TV Smart Stick and Smart Box.”

If you are a loyal Sky Q customer then you’ll get access to Netflix in November with Sky also launching something called Ultimate On Demand.

This service allows Netflix and Sky content to appear side-by-side within the main Q home screen making it simple to watch shows from both services.

Ultimate on Demand will cost £10 per month which includes access to Sky Box Sets (usually £5 per month) and Netflix Standard (£7.99) – giving customers a saving of £2.99 per month.

It’s worth noting that you’ll also need to have an existing Sky Q Entertainment subscription to be eligible for Ultimate on Demand.

Canada's Shopify CEO says era of 'office centricity is over; most staff to permanently work from home

Amazon pushes Prime Day to September as it returns to normalcy: WSJ

Wireless earbuds under $50: These are the best ones I found

Beyoncé to give graduation speech alongside the Obamas

Your ZIP Code and Your Life Expectancy