The British-born music publicist who helped arrange that infamous meeting between senior Trump campaign officials and a Russian lawyer promising dirt on Democrats now believes the meeting could have been a set-up by Russian intelligence, he told NBC News in an exclusive television interview.

“I’m willing to believe that I don’t know who wanted this meeting,” Rob Goldstone told NBC’s Cynthia McFadden in a wide-ranging interview, in which he also discussed Trump’s behavior in Moscow during the 2013 Miss Universe pageant.

Asked if he had conveyed a “dirty offer” to the Trump team in brokering the June 2016 Trump Tower meeting, Goldstone said, “Yes. That is true.”

“That [dirt] didn’t materialize,” said Goldstone, but he believes the apparent willingness of campaign officials to accept dirt is what drew the scrutiny of congressional investigators and special counsel Robert Mueller.

Goldstone’s account of the meeting, which he says he relayed in detail to Mueller’s grand jury in March, is largely consistent with how it’s been described by other participants. He says Russian lawyer Natalia Veselnitskaya talked in a meandering fashion about U.S. sanctions against Russians — and the financier who lobbied for those sanctions, Bill Browder — but didn’t offer any information about Trump’s foe in the 2016 presidential race, Hillary Clinton. He considered the Russian’s presentation “complete and utter nonsense,” he said.

Nonetheless, he acknowledged that the candidate’s son, Donald Trump Jr., came into the room anticipating — and very happy to accept — “opposition research” he believed was coming from the Russian government.

Goldstone himself had promised as much, in an email to Trump Jr. saying the Russian had information that “would incriminate Hillary and her dealings with Russia and would be very useful to your father,” and that it was “part of Russia and its government’s support for Mr. Trump.”

Goldstone says he was asked to set up the meeting — and relay the offer of incriminating information about Clinton — by Emin Agalarov, on behalf of his father Aras Agalarov, one of Russia’s wealthiest developers. At the time, Goldstone was working as a publicist for the younger Agalarov, who had launched a career as a Russian pop star.

The email, Goldstone said, “was written in about three minutes on my cell phone with scant information, with my own, I suppose, way of interpreting what I believe my client was trying to get across, and puffing it. That’s what I do. I’m a publicist.”

Goldstone now says he had no direct knowledge that the Russian government was trying to help Trump, but assumed such because he had observed the favorable treatment then-candidate Trump received from Russian press at the time, and saw first-hand how Russians treated Trump with great affection and enthusiasm during his visit to Moscow for the 2013 Miss Universe pageant.

But he did believe, he said, that Veselnitskaya had Kremlin connections, something that has proven to be true. In an April interview with NBC News, she acknowledged she had worked closely with and provided information to the Russian prosecutor general, a high-ranking Kremlin official. 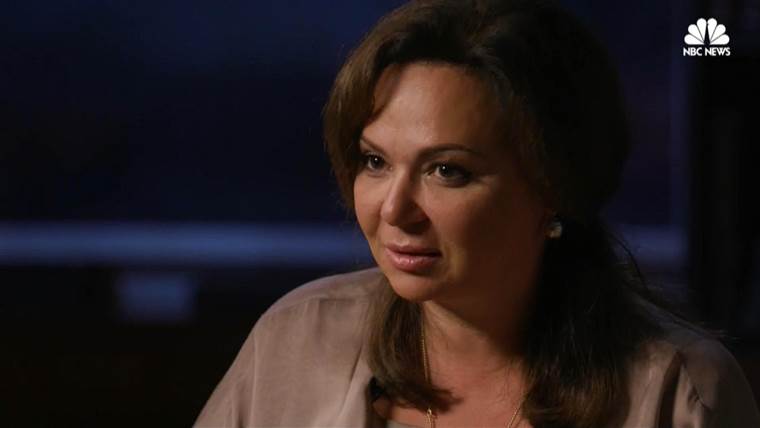 Goldstone believes it wasn’t his email that secured the meeting, but a series of calls afterward between Trump Jr. and Emin Agalarov. Goldstone was not on the line.

Phone records obtained by the Senate Judiciary Committee indicate Agalarov and Trump Jr. had three calls, each two to three minutes long, on June 6 and 7, 2016. In his Senate testimony, Trump Jr. said he did not recall speaking with Agalarov.

“I don’t know what was discussed,” Goldstone said. “What I do believe is that it is almost [incredible] to think that this conversation or these conversations could have taken place without discussion of funding, Russian funding, illegal funding, Democrats, Hillary, and it being of use to the campaign. I — I just can’t understand how — how it wouldn’t have been touched upon.”

Goldstone noted that it wasn’t until after the final call that Trump Jr. sent an email setting a date for a meeting, and saying his brother-in-law Jared Kushner and Trump campaign chair Paul Manafort would be joining. Goldstone said he found it “odd” that those senior campaign officials would be included if they did not expect the conversation to be substantive.

Afterwards, the Agalarovs continued to seek another meeting for Veselnitskaya with the Trump team. Goldstone says the requests came shortly after Trump’s victory in November 2016, and then again around the time of the inauguration. Goldstone says he did not pursue the meetings, and does not believe any took place.

Goldstone said those follow-up meetings were of particular interest to special counsel Mueller’s team, and he was asked about them before a federal grand jury in Washington, D.C.

“They seemed most interested in why this meeting may have come about and why the Agalarovs may have wanted it,” said Goldstone, “[and] also two follow-up requests for meetings.”

“They obviously wanted to talk to me about my email and the reasons behind it,” said Goldstone, adding that the investigators’ responses to his testimony indicated “they sort of understood it was a puffed up email.”

Goldstone says that on the day of his grand jury testimony in March, he was picked up in an unmarked car by two FBI agents and driven to an underground entrance to what looked like an office building. He rode a freight elevator up to a grand jury room.

“It was like a lecture room in a college,” Goldstone said. “There were about 22 or 23 people there, [across] three tiers. And then there’s a long table.”

“The investigators, they have notes and documents and an overhead projector and all — which I thought was a little bit old-fashioned. And then there’s a table for me that has nothing. And my bottle of water. Even now, it makes me kind of shudder a little bit.”

Goldstone said the grand jury was comprised of a wide range of people. “There were a couple of older folk. Most of them, I would say, they ranged probably from late 20s, early 30s, to their 50s. Black, white, Latino. There were a couple of really studious-looking people that were in the front row — I actually thought to myself, oh, if anyone was going to ask a question or float a question or — probably these two.”

Some jurors took notes, he said, and a few seemed to “nod off a bit” at times.

The Mueller team also wanted to know about his time with Trump in Moscow in 2013, he said.

Asked whether he believed the Russian government may have seen Trump as someone they could use, Goldstone said, “I think it’s not beyond the realm of possibility that they would have realized early on that he’s somebody who certainly had affection for Russia — and whose willingness to be there and meet with them and accept this kind of unquestioning adulation — maybe that does make you a target for that.”

Goldstone says he is sure Trump spent the night at the Ritz-Carlton hotel, despite Trump allegedly telling ex-FBI Director James Comey he didn’t sleep there. The dossier on Trump compiled by former British spy Christopher Steele alleges he had an unusual dalliance with prostitutes at the Ritz. Trump denies it. Goldstone says he never heard about such a thing, and believed he would have. Goldstone says there was an attempt to arrange a meeting between Russian President Vladimir Putin and Trump during the Miss Universe pageant, but it ultimately did not occur. “I was in the room for that call with Mr. Trump and with Emin and Aras. And it was President Putin’s spokesman, a man by the name of Dmitry Peskov. And he spoke with Aras. And Emin translated and said, ‘Unfortunately, although Mr. Putin would love to meet with Donald Trump today, the meeting can no longer go ahead because the king of Holland has been delayed in traffic.'”

“And he said something else that was interesting. He did say that President Putin was very keen to meet Mr. Trump, and would make himself available at any other opportunity where their paths coincided, and invited him to the Sochi Olympics.” Goldstone says Trump later received a wooden box and a note from the Russian leader.

Goldstone is not facing any charges, and has appeared voluntarily in front of Mueller’s grand jury and multiple congressional committees. Goldstone said he partially agreed with a quote attributed to Steve Bannon, that the meeting was “treasonous” and “unpatriotic” and that the Trump team should have called the FBI rather than accept it.

Trump Jr., Kushner, and Manafort all should have known the sit-down was improper, Goldstone said.

Though he can offer no evidence, Goldstone finds it hard to imagine that then-candidate Trump was unaware of the meeting, as Trump has said.

“It was taking place in his conference room and it was taking place with his campaign chair sitting and attending the meeting, as well as his son and his son-in-law. So, you know, the publicist in me would say, ‘It’s a bit of a stretch if he’s a floor or two above to believe that he doesn’t know it’s going on.'”

Goldstone says his personal and professional life has been turned upside down by his role in the Trump-Russia saga. He describes the onslaught of press attention and speculation as “terrifying.”

Goldstone has written a book, “Pop Stars, Pageants & Presidents: How an Email Trumped My Life,” which he hopes will provide context for his role.

While he says he is still angry with Emin Agalarov for getting him involved, he blames himself for not listening to the “little voice in my head” that told him the meeting was a bad idea.

He says he now believes the meeting came about because Emin and Donald Jr. have something in common — a desire to please their fathers: “It’s like they did it for daddy, both of them.”

Scott Balber, an attorney for the Agalarovs, said, “It is absolutely false that anyone from the Russian government or Russian intelligence services asked the Agalarovs to arrange the meeting. Whoever voiced these allegations is simply making it up.” 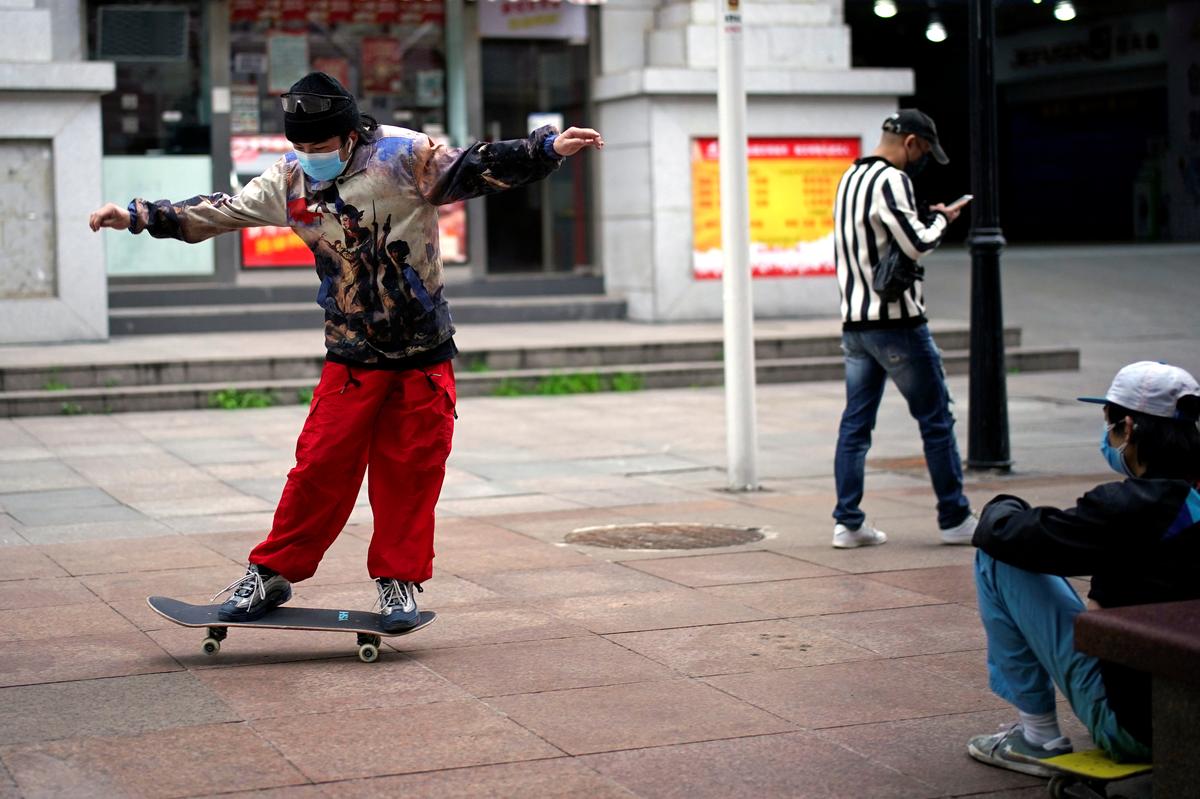 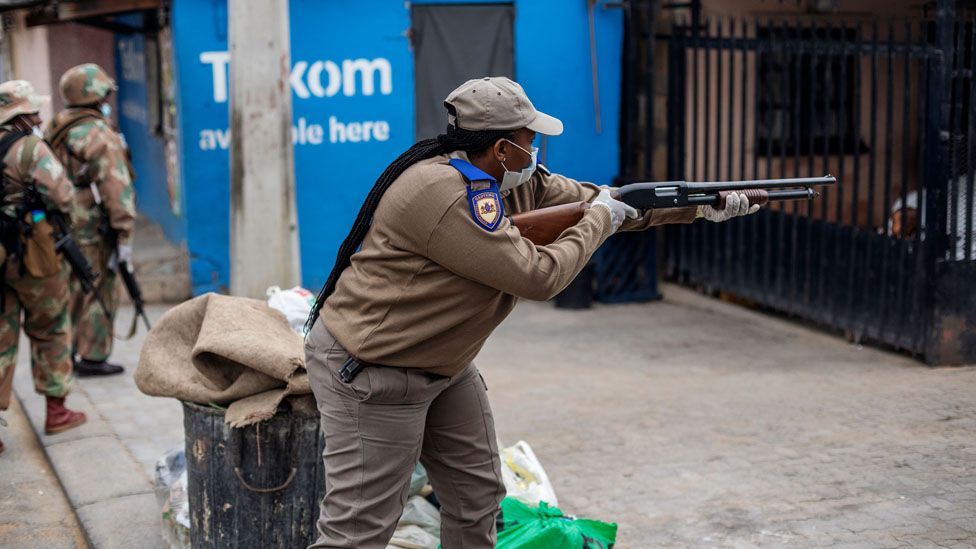 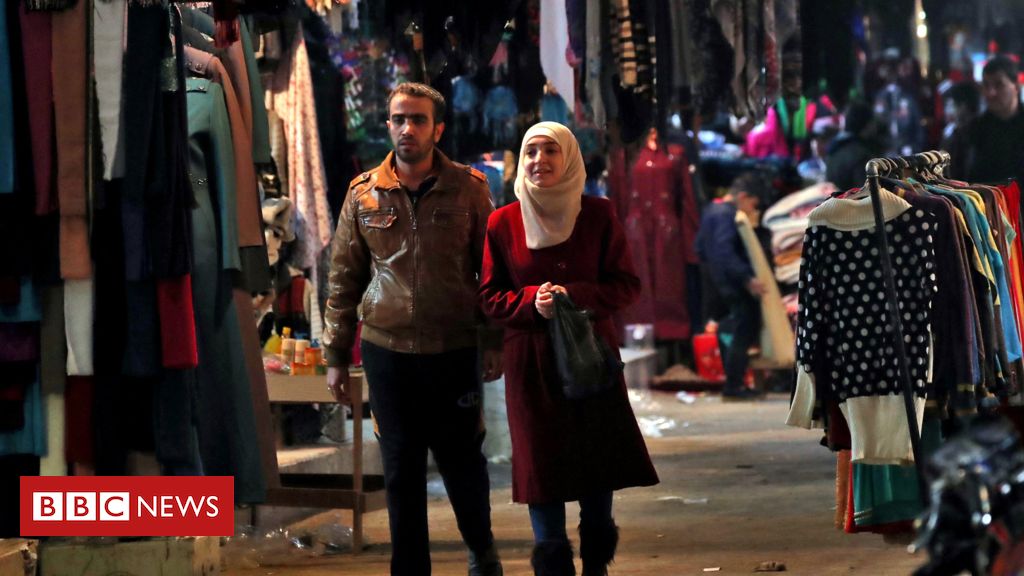 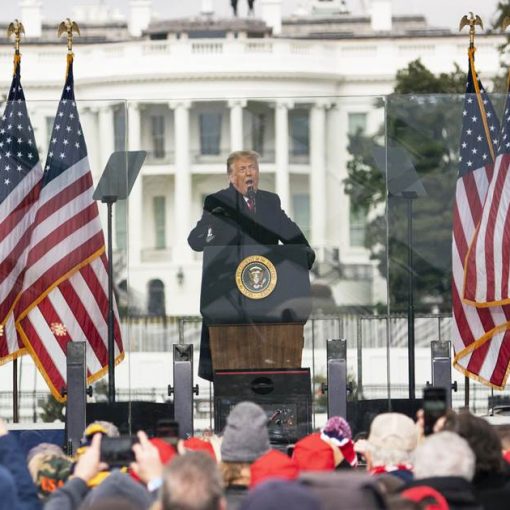 As was true throughout his presidency Donald Trump could count on the Senate’s two Latino Republicans, Sen. Marco Rubio and Sen. Ted […]