Yuli Gurriel and Evan Gattis recorded multi-hit, multi-RBI games while rookie Framber Valdez delivered a strong pitching performance in a pinch as the Houston Astros capped a three-game series sweep of the visiting Los Angeles Angels with a 6-2 win on Sunday.

The Astros sliced their magic number to claim the American League West to three. Houston holds a 4 1/2-game lead on the second-place Oakland Athletics.

Gurriel finished 2-for-5 with two RBIs. He belted his third home run of the series and 13th on the season in the first inning against Tyler Skaggs (8-9), a two-run shot. Gattis went 3-for-3 with two RBIs.

Valdez (4-1) delivered in what amounted to an emergency start, allowing a run on three hits in six innings. He replaced Charlie Morton, who left after one inning due to shoulder discomfort.

Minnesota denied Oakland a chance to clinch a playoff spot on its home field, riding the strong pitching of Kyle Gibson and a two-run home run from Jake Cave to a victory.

The loss by Oakland kept Tampa Bay alive entering the final week of the regular season. The Rays still can earn the second American League wild-card spot by sweeping seven straight from the New York Yankees and Toronto Blue Jays, if at the same time the A’s lose all six remaining games against the Seattle Mariners and the Los Angeles Angels.

Gibson (9-13) worked 7 1/3 innings, allowing one run on seven hits. He walked three and struck out three.

The Dodgers remained 1 1/2 games ahead of the Colorado Rockies in the NL West with six games remaining, all on the road at Arizona and San Francisco.

Ryu (6-3) enhanced his chances of starting in potential postseason games by giving up just four hits in his scoreless outing. He struck out eight without issuing a walk. He also had three hits at the plate, all singles, for his second career three-hit game.

Kyle Freeland pitched seven scoreless innings in his 10th consecutive quality start as Colorado kept pace in the NL playoff races with a victory over Arizona in Phoenix, completing a three-game sweep. Freeland (16-7) gave up seven hits with six strikeouts and one walk.

Nolan Arenado had an RBI double, DJ LeMahieu and Garrett Hampson each had two hits, and Charlie Blackmon extended his hitting streak to a career-high 15 games for the Rockies. Colorado remained 1 1/2 games behind the St. Louis Cardinals for the second NL wild card.

Arizona was eliminated from the NL wild-card race and the NL West race.

Kyle Schwarber homered, doubled and walked twice, and Kyle Hendricks picked up his 13th win by allowing four hits and one run over 7 2/3 innings as the Chicago Cubs cruised to a victory over the host Chicago White Sox.

Ben Zobrist went 3-for-6 and scored a run, and Daniel Murphy, Anthony Rizzo and Albert Almora Jr. each had two hits as the Cubs claimed the season series over their city rivals for the second straight year, 4-2.

The Cubs, who play their final seven games at Wrigley Field, also sliced their magic number for winning a third consecutive NL Central crown to five over the Milwaukee Brewers, who remained 2 1/2 games behind.

Milwaukee scored four runs on wild pitches, two on bases-loaded walks and one on a bases-loaded hit batsman. The Brewers won two of three in the weekend series but still lost the season series 12-7.

Milwaukee remains two games in front of the Cardinals in the race for the first NL wild card ahead of the teams’ three-game battle that starts Monday in St. Louis.

Mikolas (17-4) gave up two runs (one earned). He struck out eight and did not walk a batter as the Cardinals won for the sixth time in seven games.

Brandon Crawford homered for the Giants, who lost their fourth game in a row.

Pinch hitter Aaron Judge struck out in the seventh inning with a chance to tie the game, and New York fell to visiting Baltimore.

Orioles designated hitter Tim Beckham recorded his second career multi-homer game. However, Baltimore lost second baseman Breyvic Valera to a fractured bone in his left index finger on a slide at home in the fifth inning.

After the Yankees clinched a spot in the American League wild-card game Saturday, Judge was among the New York regulars to get the day off from starting.

Greg Allen delivered a walk-off single to left field with one out in the 11th inning as host Cleveland edged Boston.

Allen drove in Jose Ramirez from third with his bases-loaded bouncing single through the drawn-in infield as Cleveland thwarted Boston’s attempt to win a club-record 106th game for the second consecutive game. The Red Sox also failed to clinch home-field advantage through the playoffs.

Mookie Betts was 4-for-6 with his 31st home run and two runs scored for Boston. The Red Sox also lost shortstop Xander Bogaerts in the seventh inning due to left shoulder soreness. He was removed for precautionary reasons, according to the Red Sox.

Nomar Mazara hit a two-run double to give the Rangers the lead as they batted around in a four-run sixth. Texas rebounded from a 13-0 loss Saturday night to take two of three games in the weekend series.

One day after clinching a National League East title, the Braves completed their first four-game sweep of the Phillies since June 2014 and their first at home since June 1997.

Adams hit his second home run of the season in the fifth inning, and the seventh of his career in 115 games. He also had an RBI ground-rule double in the second inning. Sanchez (7-6) gave up one run on four hits with no walks and a strikeout.

Blake Snell struck out 11 as he pitched into the seventh inning without allowing a run to set a club record with 21 wins, and visiting Tampa Bay held on to defeat Toronto.

Snell (21-5) held the Blue Jays to three hits and two walks in his 6 2/3 scoreless innings, lowering his American League-leading ERA to 1.90. The left-hander had been tied for the single-season club record in wins with David Price, who won 20 in 2012.

C.J. Cron had a solo homer and an RBI double, and Brandon Lowe added a two-run homer as the Rays gained a split in the four-game series.

Richards (4-9) earned his first win since July 14, holding the Reds to three hits and one walk while striking out nine batters, eight of them on his changeup.

Mondesi, Alcides Escobar and Rosell Herrera each had two hits and scored a run for the Royals.

Brad Keller (9-6) limited the Tigers to one run and three hits in seven innings. Kevin McCarthy pitched a scoreless inning prior to Wily Peralta notching his 13th save despite giving up a ninth-inning run.

The Mets took three of four from the Nationals to win the season series, 11-8.

McNeil hit an RBI single immediately before Conforto’s go-ahead hit. It was the third four-hit game for McNeil, who has at least two hits in 19 of 47 starts since he was recalled from Triple-A Las Vegas on July 24. 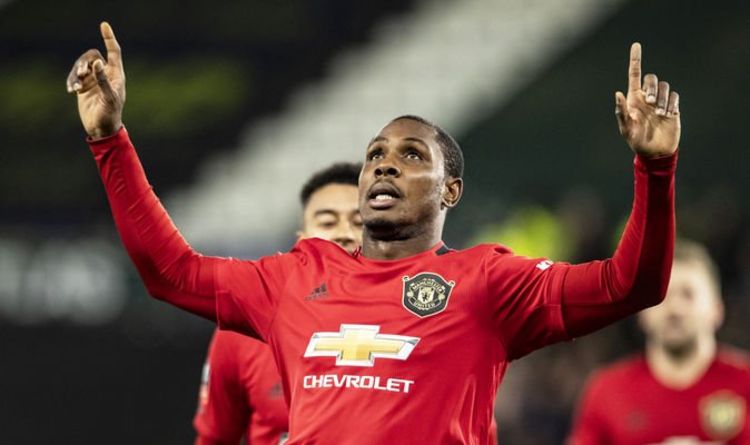 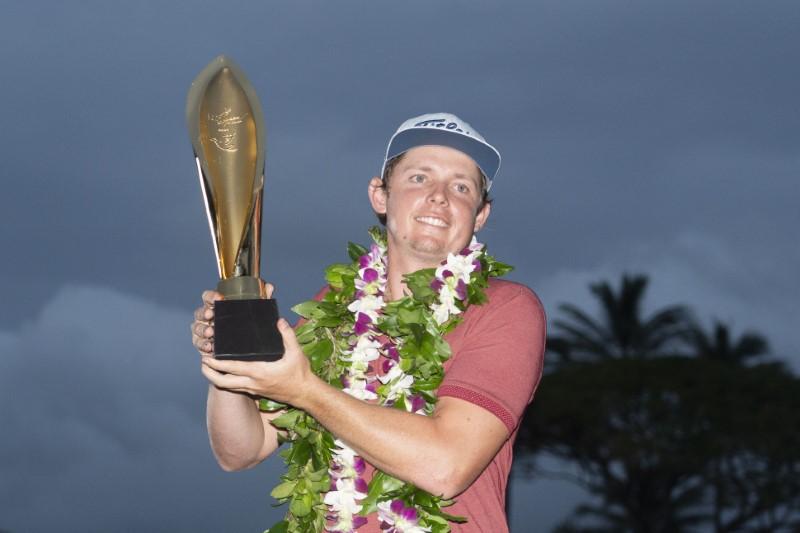 January 12, 2020; Honolulu, Hawaii, USA; Cameron Smith hoists the trophy during the final round of the Sony Open in Hawaii golf […]