WASHINGTON — In a defiant new letter Monday, Supreme Court nominee Brett Kavanaugh said he would “not be intimidated into withdrawing from this process.”

Kavanaugh referred to the allegations of sexual misconduct against him as “smears, pure and simple”: “Such grotesque and obvious character assassination — if allowed to succeed — will dissuade competent and good people of all political persuasions from service,” he wrote.

In an an on-camera interview that aired Fox News Monday evening, Kavanaugh and his wife Ashley were asked if they ever looked at each other and said that sticking with the nomination isn’t worth it in the end. 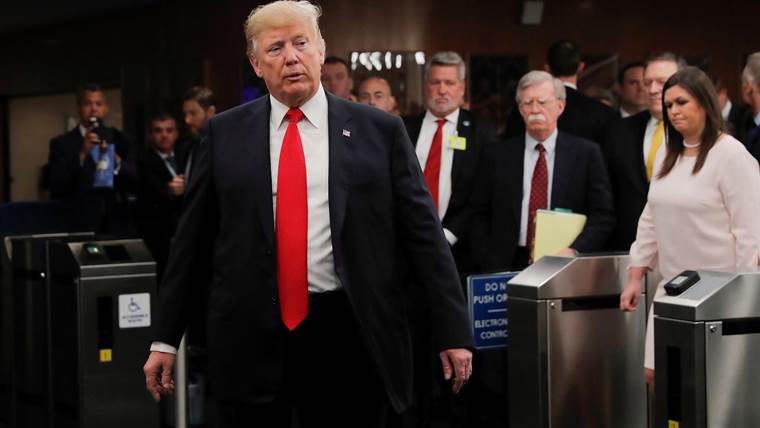 President Donald Trump and some congressional Republicans reaffirmed support for Kavanaugh Monday, less than a day after another woman came forward with a new set of sexual misconduct allegations against him.

“He is a fine man with an unblemished past, these are highly unsubstantiated statements from people represented by lawyers,” Trump told reporters in New York, where he’ll be attending the United Nations General Assembly. “Judge Kavanaugh is an outstanding person. And I am with him all the way.”

“There is a chance this could be one of the single most unfair, unjust things to happen to a candidate for anything,” added Trump. “It is totally political.”

At an event later in the day in which he and South Korea’s president signed an updated trade agreement, Trump answered a shouted question about Kavanaugh, saying, “This is a fine man, and we certainly hope he’s going to be confirmed, and quickly…his family has suffered. What’s going on is not something that should happen.” 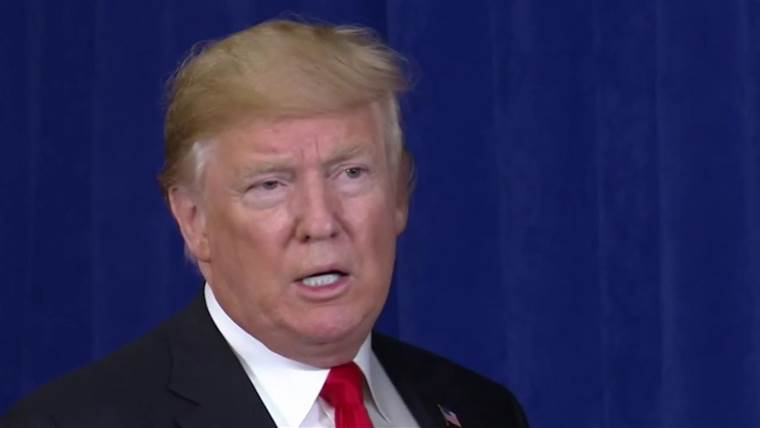 Senate Majority Leader Mitch McConnell, R-Ky., said on the Senate floor Monday afternoon that the allegations were a “smear campaign, pure and simple” that had been “aided and abetted by members of the United States Senate.” He added that Kavanaugh will receive an up or down vote on the Senate floor “in the near future.”

“But even by the far left’s standards, this shameful smear campaign has hit a new low,” McConnell said. “Senate Democrats and their allies are trying to destroy a man’s personal and professional life on the basis of decades-old allegations that are unsubstantiated and uncorroborated.”

Their comments followed a report by The New Yorker in which Deborah Ramirez alleged that while she and Kavanaugh both attended Yale University in the early 1980s, he pulled down his pants and exposed himself to her.

“I remember a penis being in front of my face,” said Ramirez, who said that she had been drinking. “I knew that’s not what I wanted, even in that state of mind.”

Three sources familiar with the accusation told NBC about Ramirez’s accusation in the last week. Ramirez, 53, is the same age as Kavanaugh and they both graduated from the university in 1987.

Kavanaugh denied the allegation Sunday, saying in a statement released by the White House that the “event from 35 years ago did not happen.”

On Monday, a spokesperson for the Senate Judiciary Committee said that GOP staffers for the panel had reached out to Ramirez.

Still, while the committee has reached out to Ramirez for a preliminary inquiry, which was described as “standard procedure,” some Republicans on the panel suggested that Ramirez should not be given the opportunity to testify.

“In this case, she’s already said that she’s not even sure she’s got the right guy, so I’m not sure whether that warrants a public hearing or not,” said Sen. John Cornyn, R-Texas, a member of the committee.

Sen. Lindsey Graham, R-S.C., expressed a similar sentiment. “If there’s nothing beyond the article? No,” Graham said of the possibility of Ramirez testifying. “The article was very unpersuasive.”

“You’re going to have these phony accusations come. That’s always the case when you have a contested situation,” Sen. Orrin Hatch, R-Utah, a committee member, told reporters on Capitol Hill Monday evening when asked if Ramirez will be summoned to testify. “We should give due listen to everybody who has a concern here. But we’re down to rug cutting time.”

In a lengthy statement earlier in the afternoon, Hatch attacked Democrats for continuing “their smear campaign” against Kavanaugh “with a thinly sourced article accusing Judge Kavanaugh of conduct that no eyewitness can even corroborate.”

On Monday, The Montgomery County Sentinel reported that local investigators were looking at additional allegations against Kavanaugh after an anonymous witness came forward. The paper said it was unclear whether the claims were related to those tweeted by attorney Michael Avenatti on Sunday night. 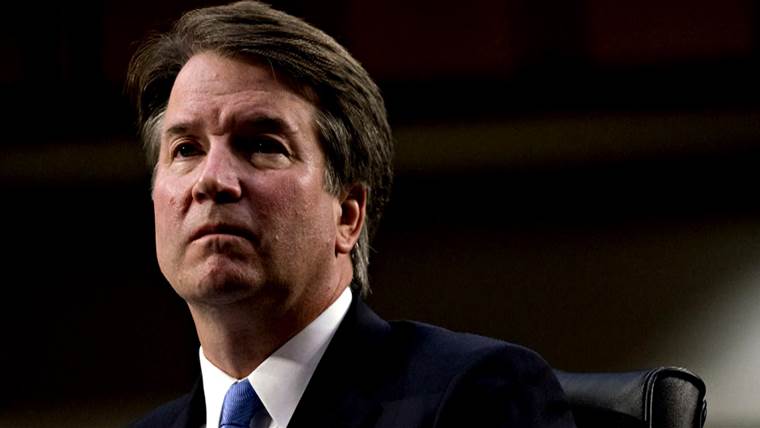 The new allegations come days before a scheduled Senate Judiciary Committee hearing for Thursday in which the first woman accusing Kavanaugh of sexually assaulting her when they were in high school, Christine Blasey Ford, will testify publicly and Kavanaugh will testify in response.

Ford described her decision-making process in coming forward in a personal letter to Grassley over the weekend that the senator’s office released on Monday. “While I am frightened, please know, my fear will not hold me back from testifying and you will be provided with answers to all of your questions,” she said. “I ask for fair and respectful treatment.”

In a response to Ford released Monday, Grassley said he was “committed to fair and respectful treatment of you.”

“It’s important to me that you personally know how sincere and thorough this effort has been, including my commitment to make sure committee members and other senators are able to hear directly from you,” he said.

Most congressional Republicans remained silent on the latest allegations Monday, with a few publicly defending Kavanaugh as Democrats called for either a delay in a planned hearing on Thursday with the first accuser or a formal FBI investigation into the most recent allegations.

After the story was published Sunday night, Sen. Dianne Feinstein, D-Calif., ranking member on the committee, called for a delay in the Thursday hearing.

“I am writing to request an immediate postponement of any further proceedings related to the nomination of Brett Kavanaugh,” Feinstein wrote in a letter to Sen. Chuck Grassley, R-Iowa, the Judiciary Committee chair.

She also repeated her call for the White House to direct the FBI to investigate both allegations.

Other Democrats echoed Feinstein’s request for a formal probe.

“If Brett Kavanaugh refuses to withdraw, then at the very least we cannot move forward until there is a complete and thorough investigation of what appears to be a disturbing pattern of behavior by this nominee,” tweeted Sen. Robert Menendez, D-N.J.

“What we need is a nonpartisan investigation into the facts and information, which could help the Judiciary Committee members and others understand exactly what transpired. We need to get this right,” tweeted Sen. Maria Cantwell, D-Wash.

“The Senate simply cannot in good conscience vote on this nomination without a full fair FBI investigation of all these allegations— & an opportunity for these sexual assault survivors to be heard,” Sen. Richard Blumenthal, D-Conn., a member of the committee, tweeted.

Sen. Kirsten Gillibrand, D-N.Y., suggested on Twitter that Senate Republicans were purposely trying to rush a vote on Kavanaugh while being aware of Ramirez’s allegations.

“Senate Republicans were trying to rush a vote while they knew Deborah Ramirez would come forward with her story. They deny Dr. Ford an FBI investigation, won’t subpoena corroborating witnesses, and now, this. It’s an embarrassment,” she said.

She added that Kavanaugh must be replaced.

Enough is enough. One credible sexual assault claim should have been too many to get a lifetime appointment to the Supreme Court and make decisions that will affect millions of women’s lives for generations. Two is an embarrassment. It’s time for a new nominee.

Sen. Brian Schatz, D-Hawaii, wondered on Twitter, “Did the Judiciary Committee Republicans know of this allegation while they were threatening to vote tomorrow?”

And Sen. Kamala Harris, D-Calif., a member of the panel, tweeted that Mark Judge, who Ford said allegedly witnessed Kavanaugh sexually assaulting her, should be compelled to testify.

“The FBI must investigate these claims and Dr. Blasey Ford’s. It is also more clear than ever that Mark Judge must be compelled to testify in front of the Judiciary Committee,” she tweeted. Judge, who Ford alleged was a witness to the incident, declined last week to testify or offer any further information.

On Monday, large groups of anti-Kavanaugh protesters descended on Capitol Hill again and demonstrated outside the offices of Sen. Jeff Flake, R-Ariz., Sen. Susan Collins, R-Maine, and others. 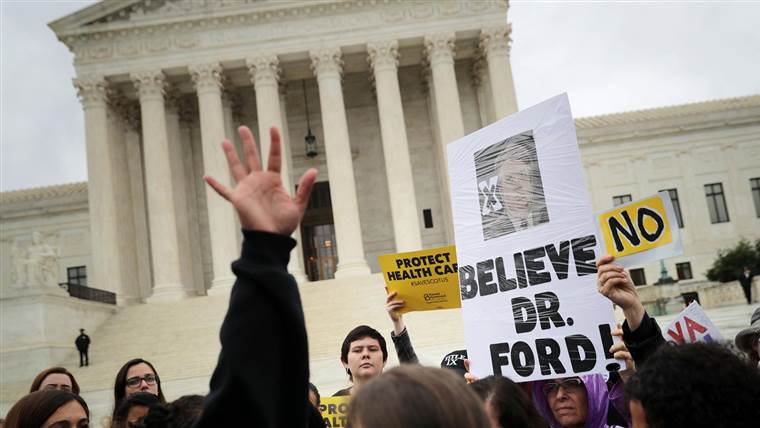 Most Republicans have remained silent about the latest allegations, though Grassley accused Democrats of deliberately sitting on the information.

“Yet again, Senate Democrats actively withheld information from the rest of the Committee only to drop information at politically opportune moments,” he said in a Sunday statement. “It increasingly appears that they are more interested in a political takedown than pursuing allegations through a bipartisan and professional investigative process. Of course, we will attempt to evaluate these new claims.”

“It should be clear now to all Americans that Democrats are engaged in a coordinated effort to stop Judge Kavanaugh’s confirmation by any means possible,” Hatch said. “As I have said before, every accuser deserves to be heard. Moreover, a person who has committed sexual assault should not serve on the Supreme Court. But the way my Democratic colleagues have approached these allegations makes clear that the driving objective here is not truth, but politics.”

Hatch said that senators should hear Ford’s testimony on Thursday as planned and “then we should vote.” 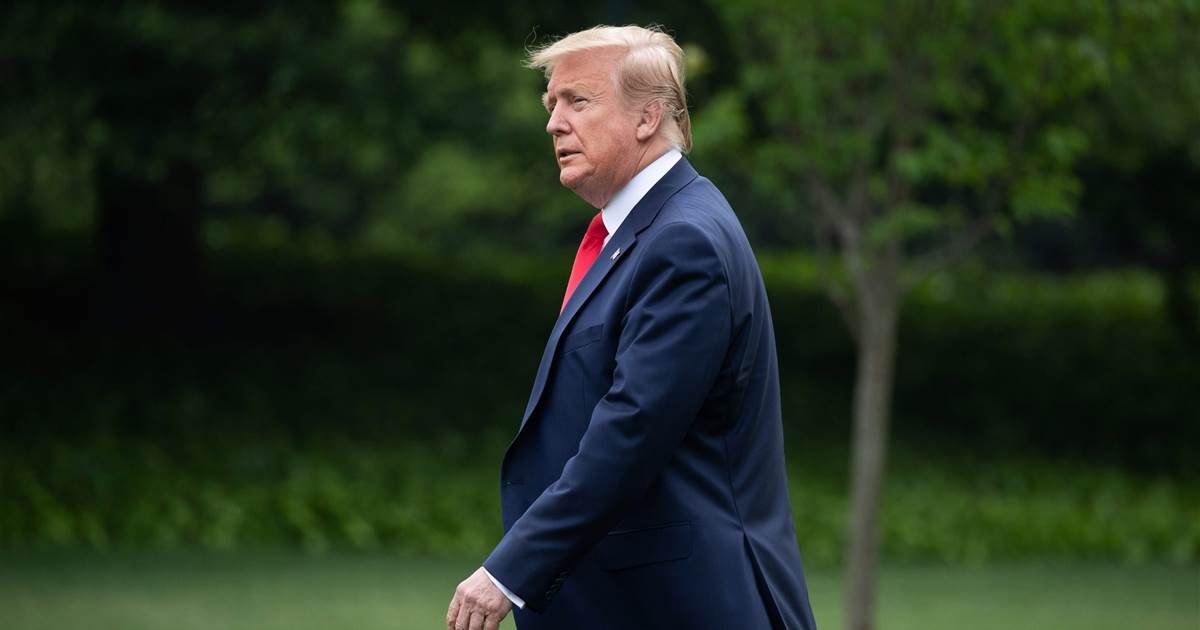 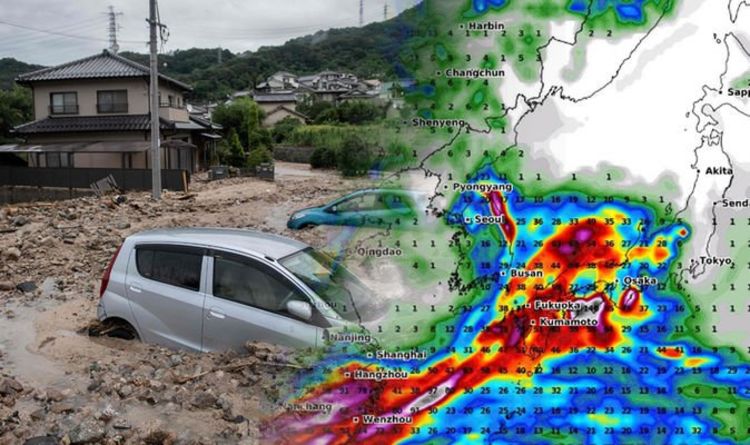 Record-breaking rain has hit Japan in the past few days, with an all-time high soaking the country in the first few days […] 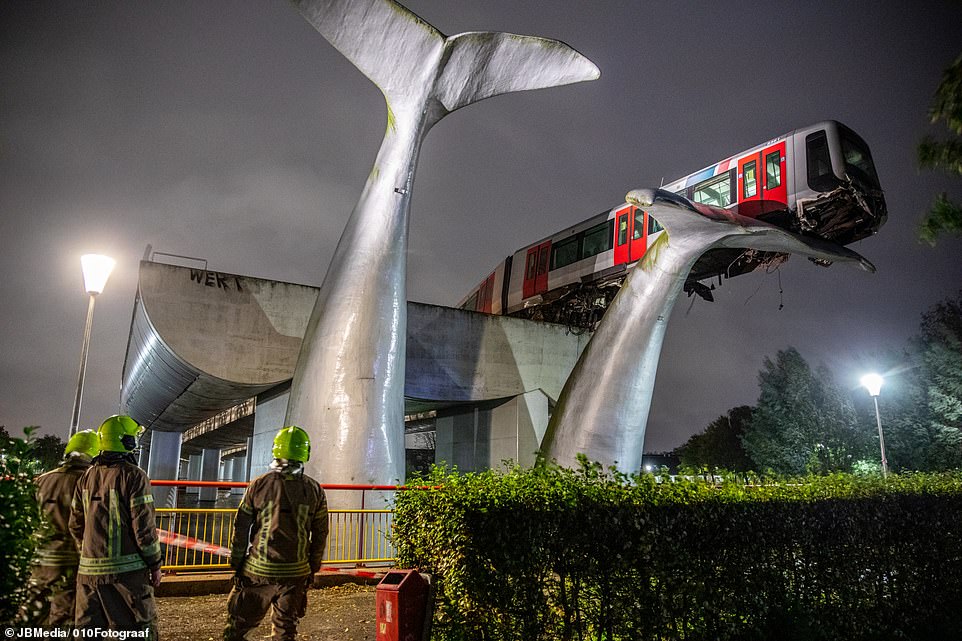 Quite a tail to tell! Train crashes through barrier at Dutch station – and lands on giant whale sculpture 25ft in the […] 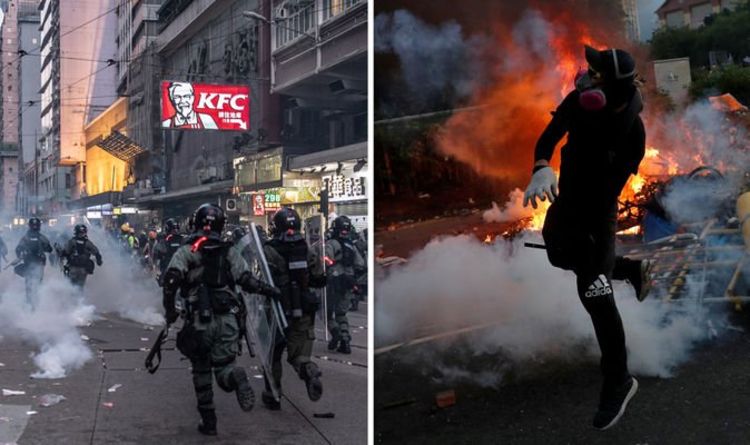