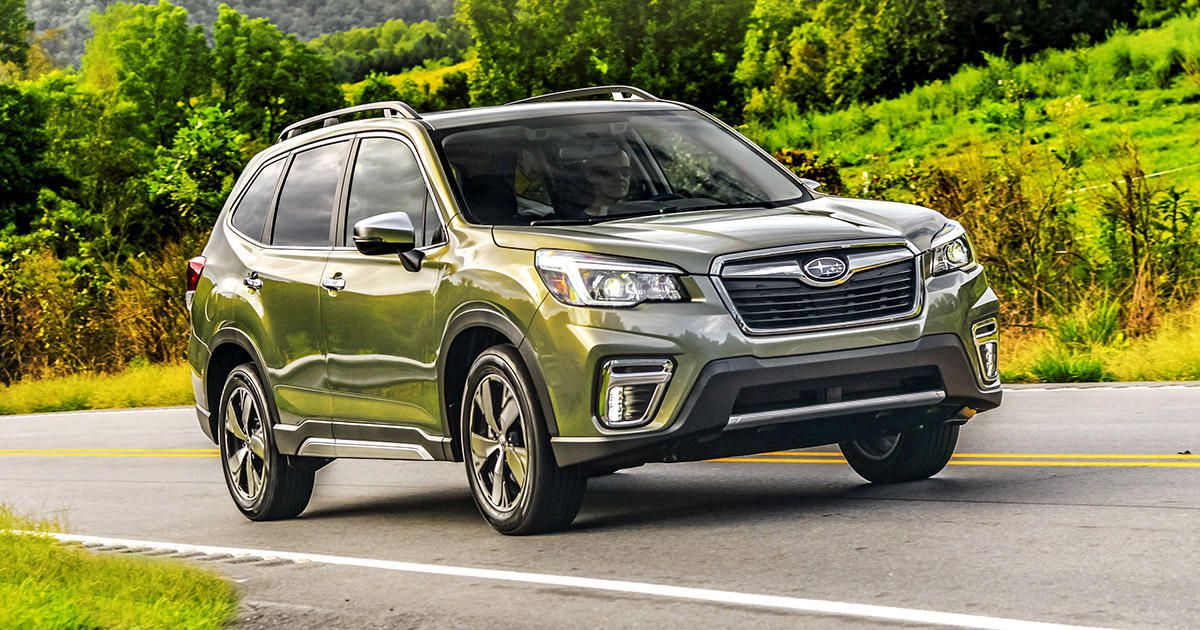 You could be forgiven for not recognizing the 2019 Subaru Forester as an all-new vehicle. And truth be told, that’s intentional. The Forester has been a runaway success for Subaru, specifically in its most recent fourth generation where it doubled the sales of the third-gen model. That in mind, it’s no surprise that Subaru is very smartly sticking to the mantra of, “if it ain’t broke, don’t fix it.”

Still, the 2019 model arrives with a number of updates. It’s bigger, stronger and packed with even more comfort and tech amenities than ever before. But after a day of testing this fifth-generation SUV in the hills of North Carolina, the best thing I can say is that it looks, feels and drives exactly like a Forester should.

Not too big, not too small

Subaru says its customers love the just-right size of the current Forester. So despite moving the SUV to the same global architecture that underpins the Impreza, Crosstrek and Ascent, Subaru has managed to keep the Forester’s footprint remarkably similar. The 2019 model grows by less than an inch in both length and width, while still boasting a bit more legroom inside, as well as a few more cubic feet of cargo space (not to mention the widest load-in aperture in the class).

The SUV’s design hasn’t changed all that much, either, and retains such characteristically Forester elements as a large glasshouse, approachable height and chunky overall aesthetics. It’s not pretty, but it’s purposeful. And more importantly, it’s immediately recognizable as a Forester.

A new Sport trim joins the lineup for 2019, immediately identifiable thanks to its bright orange exterior and interior accents (which I can’t say I love), as well as its black-painted, 18-inch alloy wheels. But aside from some slightly different transmission programming when driven in Sport mode, this new trim is mechanically identical to every other Forester.

No turbo? No problem

The Forester rolls into 2019 with a single powertrain option: a naturally aspirated 2.5-liter flat-4 mated to a continuously variable transmission. That’s right, the turbocharged XT model is dead, ditto the base car’s manual gearbox. Subaru says both of these versions accounted for maybe 5 percent of overall Forester sales, so the effort needed to keep ’em alive wouldn’t be worth it in the end.

That’s fine, because the Forester’s updated 2.5-liter engine offers adequate power and delivers it smoothly. There’s 182 horsepower and 176 pound-feet of torque on offer, gains of just 12 and 2, respectively, compared to the outgoing model. The CVT is largely unobtrusive most of the time, quietly humming away and keeping the engine pegged in its powerband. Really dig into the throttle and the transmission will change to a stepped shift pattern that mimics the action of a conventional seven-speed automatic, and available paddle shifters will let you move through those faux gears manually. Honestly, though, you’re better off leaving it alone.

The updated 2.5-liter engine is also more efficient than before, though just barely. EPA ratings of 26 miles per gallon city, 33 mpg highway and 29 mpg combined only represent 1-mpg increases in the highway and combined cycles compared to the 2018 Forester.

The Forester’s new architecture results in a 40-percent gain in torsional rigidity, and improves overall ride and handling characteristics. Body roll is largely kept in check, and the 18-inch wheels and 225/55-series tires of my top-end Touring test car soak up smaller pavement imperfections while communicating respectable amounts of feedback through the wheel. Subaru uses a new variable steering system in the Forester, but since it’s only changing between 14.0:1 and 13.5:1 ratios, it’s not terribly noticeable. Instead, drivers will just enjoy accurate, nicely weighted steering.

Being a Forester, Subaru’s Symmetrical all-wheel drive is standard across all trim levels. And if you’ll find yourself hitting dusty (or muddy) trails, there are two different levels of Subaru’s X-Mode to help get you through the rough stuff. The Premium trim has a single X-Mode setting that changes the intervention point of the traction control. Sport, Limited and Touring models, meanwhile, have both snow/dirt and deep snow/mud modes, the latter of which automatically disengages traction control so you can get those tires a-movin’.

On a short off-road course, X-Mode seems to get through the muddy stuff well enough, though a touchy throttle often means you’ll give the Forester more oomph than it needs to get out of sticky situations. Every version of X-Mode comes with hill descent control, which modulates the vehicle’s speed down steep grades, and it works as advertised.

The best thing about driving a Forester is the commanding view from behind the wheel. Even with the driver’s seat in its lowest position, the huge windows and thin A pillars offer an incredible scope of visibility. Once again, this is an unmistakably Forester experience, as is the absolutely massive power sunroof that can be fitted to most trims.

Interior materials get a little bit nicer for 2019, with higher-quality plastics on the dash and doors, and softer leather on higher-end Limited and Touring variants. It’s quieter inside, too, with only small bits of wind and tire noise making their way into the cabin at higher speeds. If I’m to register any complaint about the Forester’s insides, it’s that the cockpit design feels a bit busy, with lots of lines and angles and different-shaped protrusions. It’s all perfectly easy to manage, with easy-to-locate vehicle controls and only a moderate amount of switchgear on the center console. But even if you choose a drab, black-and-gray color scheme, there are just too many different surfaces.

The aforementioned dimensional gains keep the Forester in the larger end of the compact SUV size spectrum, with as much as 76.1 cubic feet of cargo space with the rear seats folded flat. If you’re frequently carrying cargo (or dogs — it’s a Subaru, after all), know that you’ll fit more of your possessions in a Forester than you will in a Ford Escape, Honda CR-V, Mazda CX-5, Nissan Rogue or Volkswagen Tiguan.

Only the top-end Touring gets Subaru’s new DriverFocus tech, which uses facial recognition software to identify and alert drivers of fatigue. DriverFocus can also recognize up to five different drivers and remember their specific presets for things like seat position and climate control. I’ll admit, it’s pretty cool to set this system once, get in the car after someone else has been driving, and have the Forester go right back to where you left it. It’s like the next generation of a memory seat function.

On the infotainment front, Subaru’s 6.5-inch Starlink system is standard, with Apple CarPlay and Android Auto along for the ride, as well as a number of third-party features including Glympse, Stitcher, Yelp and the Forester-appropriate eBird avian enthusiast app. Higher-end models swap out the 6.5-inch screen for a larger 8.0-inch display, with embedded navigation optional on the Limited trim and standard on Touring. A Wi-Fi hotspot is available on the Forester’s Premium grade and above.

Starlink works well enough, with a menu structure that’s relatively easy to navigate and large, colorful icons for its various functions. Hard buttons on the center console provide shortcuts to the home screen and other menus. Overall, the system doesn’t try to dazzle you in any way, and I appreciate its simple, straightforward nature. It’s… a lot like the Forester itself.

New Foresters are slowly rolling into Subaru showrooms as you read this, with prices ranging anywhere from $24,295 for the base model to $34,295 for a top-level Touring, not including $975 for destination. That base price only represents a $500 price hike over the 2018 model, though the 2.5i Touring is $1,245 more expensive than before. The new Sport trim lands in the middle of the model range, at $28,795.

In reality, the 2019 Forester is the same as it ever was: A trusty, solid choice in the compact SUV space. It’s rugged by design, packed with standard safety tech and has more than enough space for you, your family, your dogs and your gear. It’s an improvement over the successful fourth-generation Forester in all the right ways, and should help keep Subie’s sport-ute at the top of its game for years to come. 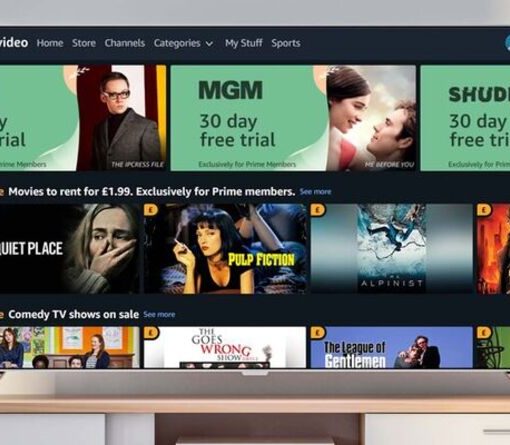 Prime Video customers looking for something new to watch should take advantage of a great freebie Amazon is running right now. Prime […] 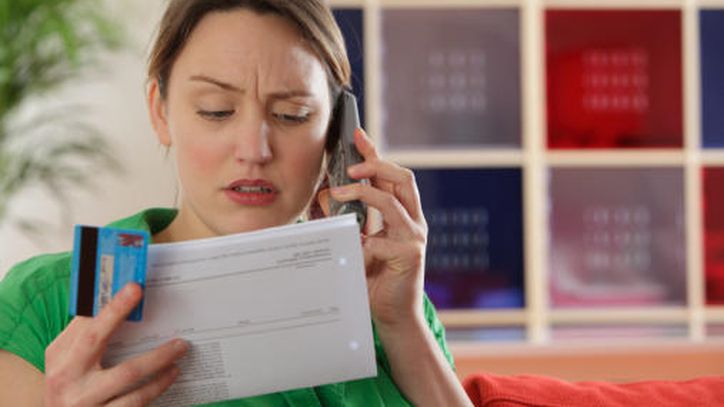 Lawmakers want to crack down on surprise phone, internet bills.  Getty Images Have you been surprised by the charges on your monthly […] 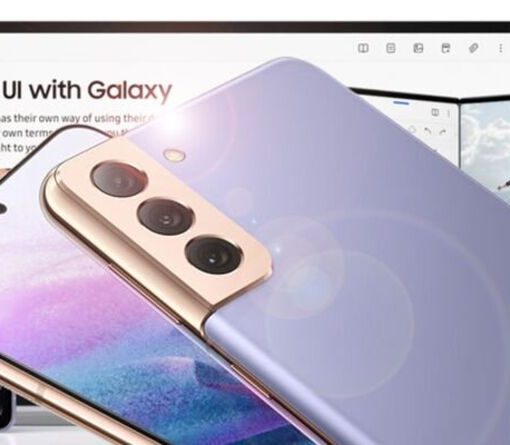 Own a Galaxy smartphone? You might want to check the settings without delay as Samsung has begun pushing out a blockbuster release […] 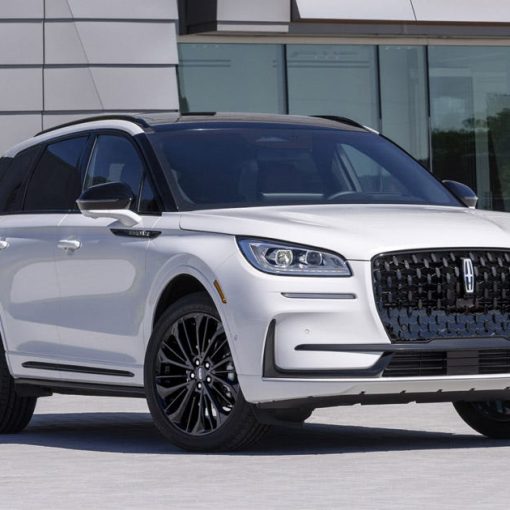 After making its debut in 2019 for the 2020 model year, the Lincoln Corsair is ready for its midcycle refresh. And while […]