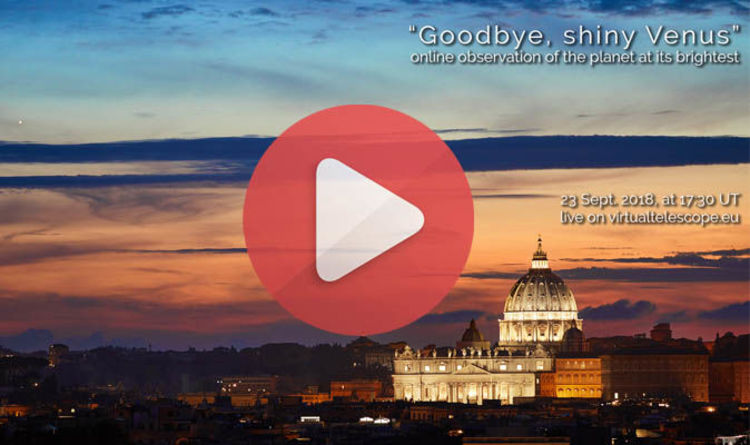 Venus is incredibly easy to spot in the evening skies this week but will soon disappear from sight and reappear in the morning hours.

Gianluca Masi, head of the Italian Virtual Telescope Project, told Express.co.uk Venus will offer a “superb show in the gentle life of the dusk” for the time being.

This is why the Virtual Telescope will train its telescopes on the bright orb to try and capture a breathtaking view of Venus setting over Rome.

The spectacle will be broadcast live over the internet straight from Rome tonight, starting at 6.30pm UK time (5.30pm UT).

You can watch the live stream embedded here on Express.co.uk courtesy of the astronomy group.

The live stream will capture the planet around sunset when it is best visible.

Mr Masi said: “Planet Venus is peaking in brightness right now, while it is ready to leave the evening sky and move in the early morning.

“It offers a superb show in the gentle light of dusk.

“At Virtual Telescope we scheduled this live feed to show it from Rome, while it sets behind the legendary monuments of the Eternal City.

“Our live feed will run on September 23, the date of the September Equinox.”

Heading into October, the second planet from the Sun will head towards its so-called inferior conjunction.

From October 26 and onwards, the planet will no longer be visible in the evening skies but instead appear in the morning skies.

Because of this stellar phenomenon, the planet is referred to as the “evening star” or “morning star”, depending on the time of day it glows.

Much like the Moon, Venus is known for showing various phases of shadow moving across its face.

When Venus is 100 percent illuminated, the planet is surprisingly at its farthest distance from Earth – about 161.5 million miles (260 million miles).

But Venus is typically not visible when this happens because the Sun is positioned directly behind it in space, obscuring it in the glow of its bright rays.

Mr Masi said: “While Venus is close to its ‘new phase’, it is around its inferior conjunction with the Sun.

“Like the superior one, we do not see the planet unless it crossed the solar disk, as it is on the same line of sight of our star, but this time it is between the Sun and the Earth at its minimum distance from us – about 24.8 million miles (40 million km).

“But this short distance, in principle maximising the apparent brightness of Venus as seen from the Earth, is of course frustrated by the very small phase we see around the inferior conjunction.

“In other words, when Venus is ‘full’ it is too distant to peak in brightness, while when it is at its closest from us its phase is so small that we receive just a little of the light it reflects from the Sun.”

A mix of the planet’s phases and distances from the Earth affect Venus apparent brightness as seen from Earth.

Mr Masi said Venus peaks in brightness around the time it is ending its evening visibility and stating its morning run.

He added: “This happens a few weeks before and after its inferior conjunction, respectively.

“Right now, we are approaching such a inferior conjunction on October 26. This is why we see it so bright right now.” 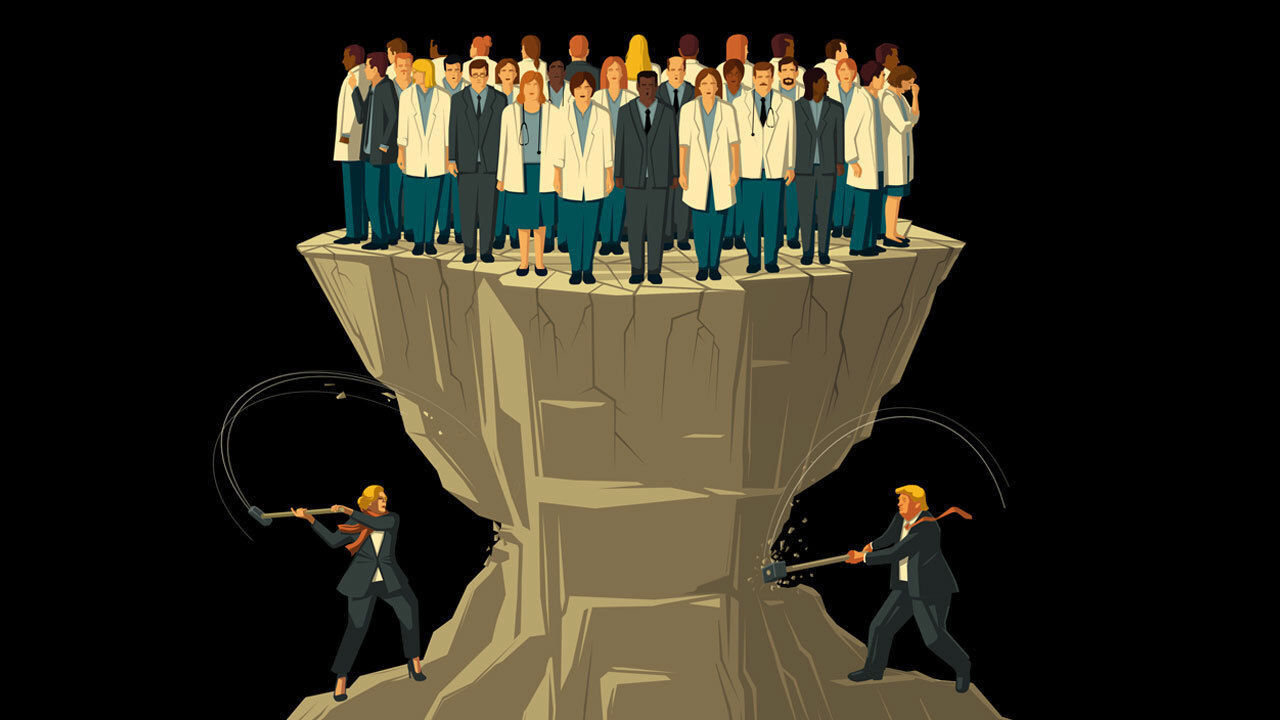 We may never know why a shooter opens fire on a church full of worshipers, or a school full of kids, or […]