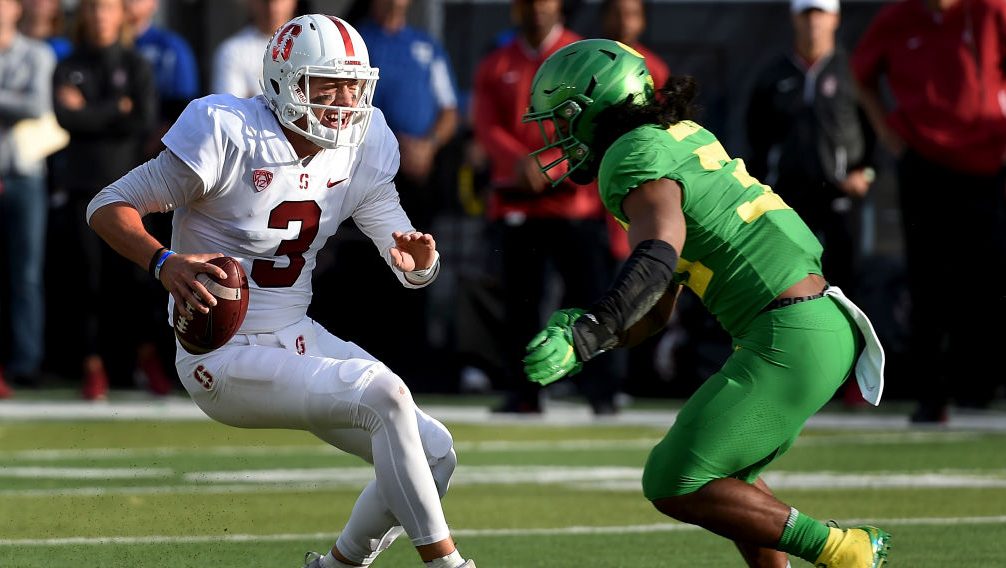 The faces may change through the years but whenever Oregon and Stanford get together in the Pac-12 era, a classic tends to break out. Such was certainly the case once again on Saturday night in Eugene.

The No. 7 Cardinal had an incredible turnaround starting in the third quarter and stormed back to beat No. 20 Oregon 38-31 in overtime and send a statement to the Pac-12 and the rest of the country that they’re still among the elite in the sport.

Despite Oregon controlling the game convincingly early, Stanford found late life in the third quarter thanks to their defense. After a replay took a touchdown off the board, the Ducks were at their one yard line when they were set to punch the ball in… but fumbled the snap. Linebacker Joey Alfieri scooped-and-scored from 80 yards out to quiet the rambunctious crowd in Eugene and a three-and-out followed. The Cardinal continued to make things interesting after that incredible swing of momentum as Bryce Love then punched it in from 22 yards out to complete the 21-point swing.

While it looked like the Ducks had regained control of things with a 70-yard touchdown drive, the visitors from the Farm would not give up. They answered with a score in less than 90 seconds and then incredibly forced a fumble on the ensuing possession. After some big time passes down the field, Jet Toner knocked home a 32-yard field goal as time expired to send the game into overtime and the team secured an interception to seal the deal in the extra frame.

Love (89 yards) was generally held in check outside of that one scoring run as the Stanford offense mostly had to move the ball through the air. Signal-caller K.J. Costello made several big throws down the field and finished with 327 yards passing. He also threw for three touchdowns, two of which went not surprisingly to jump ball machine JJ Arcega-Whiteside. Tight end Kaden Smith chipped in with six catches for 95 yards and Coby Parkinson found the end zone from 23 yards out in OT for the game-winner.

The stunning comeback ruined what should have been a momentous day for Mario Cristobal at Oregon. Quarterback Justin Herbert managed to insert himself into the Heisman conversation by playing nearly perfect, throwing for 346 yards with just seven incompletions, a touchdown and a pick. He also ran for 35 yards for good measure and his scrambles to keep plays alive were key to sustaining drives throughout the game.

CJ Verdell led the way for the Ducks on the ground with 115 yards rushing and a touchdown but his fumble trying to ice the game was the critical mistake that seemed to doom the team. It also spoiled big play machine Dillon Mitchell‘s huge performance as the junior wideout finished the night with a whopping 14 catches for 239 yards — the most at the school since 2003.

The loss not only sets Oregon back in the Pac-12 North race (with rivals Washington coming to town in three weeks), but also hampers their good start to the year against weaker competition. While there’s plenty of season left to go, defeats like that are never easy to get over and Cristobal in particular still has plenty to prove to the fan base that he was the right choice to replace Willie Taggart last December.

As for Stanford, they will likely tick up some in the polls and can now legitimately enter the College Football Playoff conversation. That clash against Notre Dame in South Bend next week on NBC is one of the biggest games of the young season so far and both teams are no stranger from hard-fought battles over the years themselves. While that will have more national implications going forward, the Cardinal already made an impressive statement in Pac-12 play on Saturday night as they look more and more like the class of the league after quieting the crowd and stunning Oregon at Autzen.

The Agitos symbol takes its place on the water in Tokyo before the start of the Games Venue: Tokyo, Japan Dates: 24 […]

6.56am BST06:56 Icy double vax for Antarctic expeditioners Australia’s vaccination campaign has taken an icy trip to the shores of the Antarctic. […] 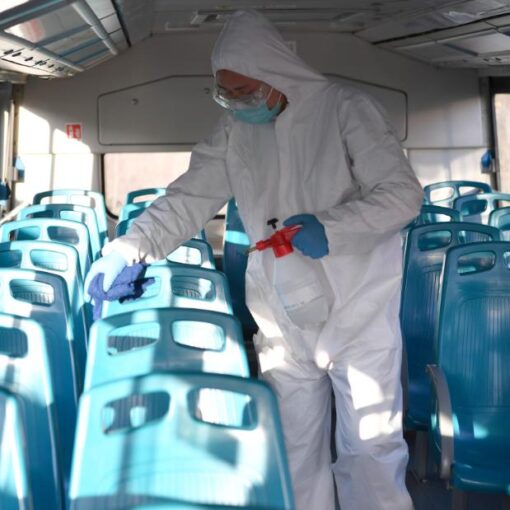 The sweeping restrictions, which prevent people from leaving their homes, come as the country braces for the Lunar New Year travel rush, […]