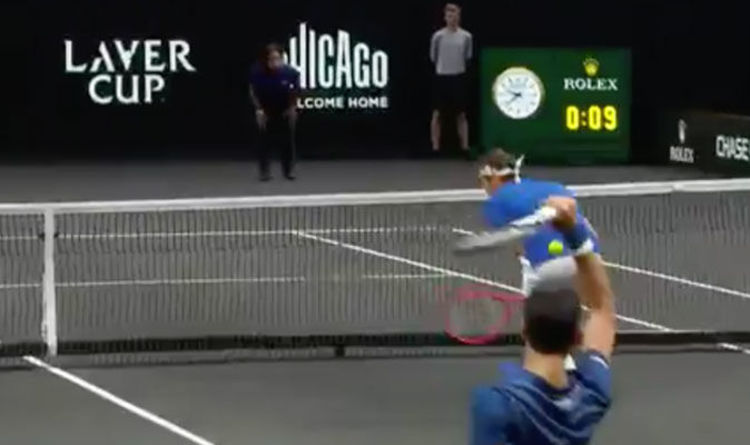 Djokovic and Roger Federer are playing in the doubles for Team Europe, partnering up for the first time.

Team Europe went into the match with a 3-0 lead with the pair facing Kevin Anderson and Jack Sock in the first match of the day.

But it didn’t get off to the best of starts with Djokovic smashing a forehand straight at Federer’s back during the third game of the match.

Federer wasn’t hurt by the shot with Djokovic’s facial reactions after showing that he found it funny.

The pair were then seen laughing at the next break between games as they appeared to be talking about the incident.

Federer was looking forward to partnering Djokovic, though that may have now changed.

“When you can’t beat them you have to join them. I am very excited,” Federer said.

“To be quite honest, last year it was an odd feeling when you’re sitting on the bench because I am a tennis player and I want to play.

“But for the first time I looked towards the court and thought ‘Oh Dominic Thiem’s playing or Rafa’s playing and those guys are playing better than me right now’.

“And I’m sure I’ll feel the same when Novak’s out there. It’s cool watching my guy, my team member beat up the other guy. This time it is actually good for me.

“It is going to be great fun and I can’t wait for not just the matches but also spending time together.”

Lisandro Martínez, Ajax With Jurrien Timber increasingly likely to stay at Ajax, interested parties seem to have turned their attention to the […] 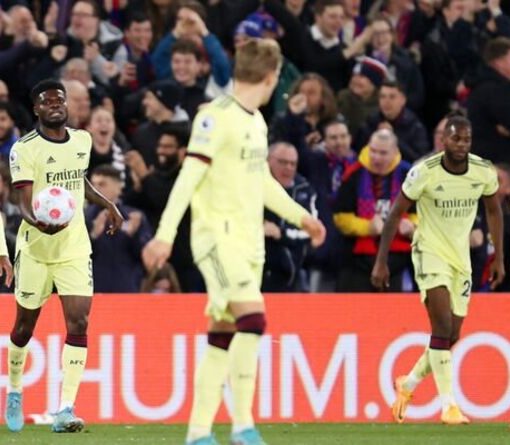