Several of them teetered at record levels Tuesday as officials warned of relentless flooding and hazards in areas already swamped by historic rainfall produced by former Hurricane Florence.

The storm heaped misery as a Category 1 on Friday before it was downgraded. Now its remnants are lingering along the East Coast days later, spawning deadly tornadoes in Virginia and threatening downpours across the Northeast.

In Fayetteville, about 100 miles from the North Carolina coast, the Cape Fear River was anticipated to crest by early Wednesday, reaching nearly 62 feet — about 4 feet higher than during Hurricane Matthew in 2016 and close to double its flood-stage level.

The Cape Fear River is expected to remain at flood stage through the weekend, deluging Fayetteville, a city of 204,000 near the home of the Army base Fort Bragg.

“Even though the heavy rains have ended, the flood hazard to life and property is real,” city officials said in a statement Tuesday. “Do not become complacent.”

Trump turned the natural disaster into a political issue Tuesday, tweeting that Democrats “will start ranting” how federal emergency officials, the military and first responders are “not doing a good job.”

Local officials and the Coast Guard said they were focusing on rescues, which remain their “highest priority.”

A mile-long stretch of people living along the banks of the Cape Fear River was evacuated as a precaution.

The Little River, a tributary of the Cape Fear, was expected to crest Tuesday at more than 35 feet — surpassing the record 32.2 feet and the flood level of 18 feet, officials in the town of Manchester said.

More than 80 rescues have already occurred along the river in the past two days.

Meanwhile in Lumberton, the Lumber River was projected to crest at 25 feet, remaining at a major flood stage through next week, reported NBC affiliate WRAL.

At least 31 people have died, mostly in North Carolina, amid Florence, which is now a post-tropical cyclone.

Even before the storm made landfall, forecasters warned that intense flooding rather than destruction from the winds would burden the region for the days and weeks ahead. With rivers at varying stages of rising and receding, whole communities have been cut off and highways have been awash in floodwaters.

Across North Carolina, officials reported at least 2,600 rescues from the storm on Monday.

Soldiers from Fort Bragg were among those conducting high-water rescues. Helicopters were ready to assist in bringing much-needed supplies as well.

While the skies were sunny Tuesday over North Carolina, waterlogged communities — from Wilmington to New Bern to Crusoe Island — grappled with the fallout from Florence.

“In Lumberton, we watched the town start to flood out,” Jason Murphy, a Coast Guard machinery technician, told NBC News. “Everywhere we go it’ll be hit or miss. There’ll be spots where it’s high and dry and then that.”

Across North Carolina, more than 310,000 customers were still without electricity Tuesday afternoon, with just over 1,800 in the dark in South Carolina, utility companies said.

The lack of power, food and fuel were still a concern in New Hanover County, where Wilmington is located.

Woody White, chairman of the New Hanover County Board of Commissioners, said the Cape Fear River, which runs through the county, was expected to crest at record-breaking levels over the coming days.

He said crews were scrambling to restore power and evacuees from towns where flooding has not been as harsh were being allowed to survey their properties Tuesday.

“People want to get home, they want to see what’s going on with their house and resume their normal lives,” White said, adding, “Use your own common sense.”

About 21 million people remained under flash flood watches or warnings Tuesday, with a line of storms from Washington, D.C., up through New England, including Boston. Areas around the city could get hit with up to a half-inch to an inch of rain an hour in some locations, forecasters said.

At least one person was killed in Virginia after a building collapsed Monday in Chesterfield, south of Richmond, officials said. Powerful tornadoes left debris and toppled cars across an 18-mile stretch of the state. 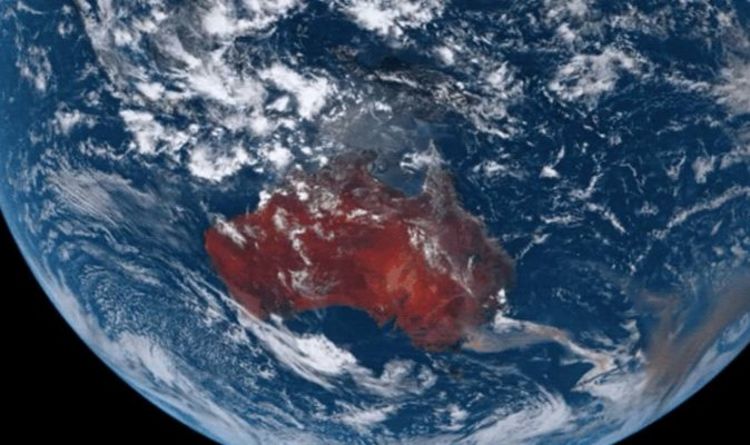 Australians fighting the devastating wildfires ravaging the country have been given a “welcome reprieve” after rain fell and temperatures dropped. However, Australia’s Prime […]