WASHINGTON — When Massachusetts Sen. Elizabeth Warren traveled to New Orleans for a major gathering of liberal activists last month, she also made sure to spend time at the city’s historically black college. One of former Vice President Joe Biden’s few major fundraisers of the 2018 cycle is not on behalf of a candidate but for a political action committee focused on black voter turnout. And New Jersey Sen. Cory Booker has spent more time traveling through the most impoverished areas of the Deep South than in Iowa or New Hampshire.

While an ambitious crop of young Democrats have sought to raise their profiles with visits to the earliest presidential voting states, some of the party’s biggest names are waging an invisible primary battle for the constituency that may prove decisive in the what will likely be a crowded and prolonged 2020 nominating race — African Americans.

And maintaining their support and enthusiasm could help determine whether the party wins back the White House.

“The demographic changes that are taking place in this country are changing a lot of political calculus. But nowhere is it more intimate and immediate than in Democratic politics,” said Cornell Belcher, a Democratic pollster who advised President Barack Obama’s winning campaigns. 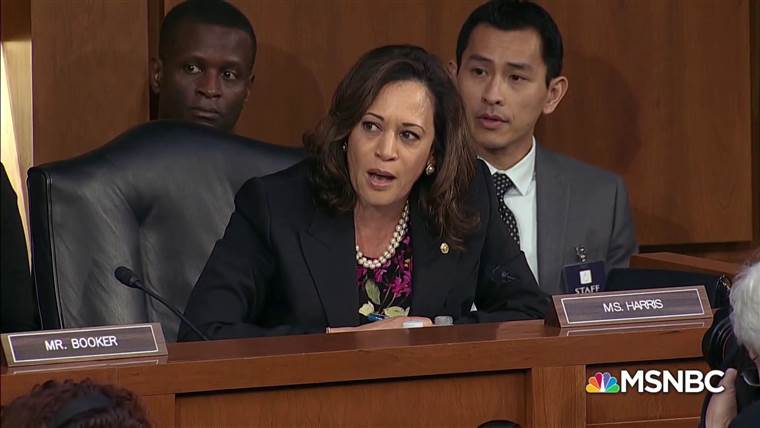 Black voters have long been the Democratic Party’s most loyal constituency. But after turning out in historic numbers in 2008 and 2012 for Obama, the nation’s first black president, African Americans were left largely sidelined in 2016 as the party’s all-white ticket was defeated by President Donald Trump and his overwhelmingly white supporters.

Democrats eyeing a potential challenge to Trump in 2020 insist they won’t make the same mistake again. And African American leaders are keen to press the leading contenders not to overlook the community or risk the kind of drop-off in minority turnout that may have been fatal to Hillary Clinton in 2016.

“The days of Democrats coming down and visiting black churches and slapping people on the back, saying you’re endorsed by X official — that doesn’t work anymore,” said Louisiana Democratic Rep. Cedric Richmond, chairman of the Congressional Black Caucus. “I really believe that you have to have a very real track record in order to be taken seriously.”

Several potential Democratic 2020 hopefuls are scheduled to address the Congressional Black Caucus Foundation’s annual legislative conference in Washington this week. Booker and California Sen. Kamala Harris, the only two black Democratic senators and both potential 2020 contenders, are co-chairing the event. Warren will join Rep. Elijah Cummings for an event on how the opioid crisis is affecting minority communities while former Attorney General Eric Holder will join a panel discussing ways to combat voter suppression tactics.

And some of the progressive movement’s biggest successes in Democratic primaries in 2018 have been largely driven by African American candidates, like gubernatorial hopefuls Stacey Abrams in Georgia and Andrew Gillum in Florida along with Ayanna Pressley’s defeat of a longtime congressional incumbent in Massachusetts.

“The problem has been that [the progressive] wing has thought that they can fix issues, particularly in the African American community, without African Americans at the table. Almost like, ‘we’ll help you in spite of yourself,’” Richmond said. “I think the party is doing a better job of listening.”

The potential presidential hopefuls may also be mindful of a primary calendar that now puts states with larger African American populations at a critical juncture. The first test after contests in predominantly white Iowa and New Hampshire will be South Carolina, where exit polls showed that black voters made up 61 percent of the primary electorate in 2016. And after Nevada, the contest will largely turn to the south; pending further changes, Alabama, North Carolina, Tennessee, Texas, Virginia and potentially Georgia will all have primaries on the same day. 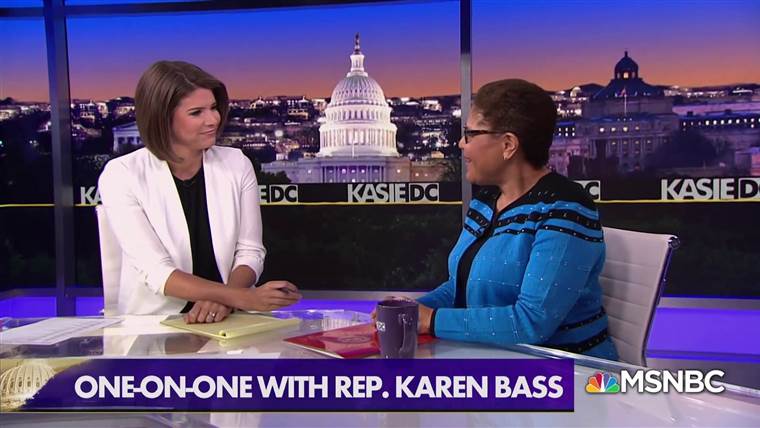 It’s a byproduct of changes that took place ahead of the 2016 presidential race, when Republican state leaders in the south banded together to form what became known as the “SEC Primary” in an effort to maximize the influence of more conservative and evangelical voters.

Those changes boosted Clinton in the Democratic contests, who along with her husband, Bill Clinton, had decades-long ties to the African American community that rival Bernie Sanders couldn’t come close to matching. The former secretary of state doubled down on those connections, endorsing policy initiatives early on like South Carolina Rep. James Clyburn’s initiative for addressing persistent poverty, and embracing the “Mothers of the Movement,” a group of African American women whose sons or daughters were victims of gun violence or encounters with law enforcement.

Relationship-building is now well underway for some leading 2020 contenders, and Richmond is playing a key role.

Warren had been a regular at the Netroots Nation conference for years, and so her attendance at this year’s gathering in New Orleans was no surprise. But after her speech to the predominantly white, progressive activists who typically attend Netroots, she joined Richmond, who has represented New Orleans in Congress since 2011, for a town hall-style forum at Dillard University.

Warren’s rise in the Democratic Party has been driven largely by her focus on economic and income inequality and consumer advocacy. But when the town hall discussion turned to criminal justice reform, Warren chose to make a blunt declaration.

“Let’s just start with the hard truth about our criminal justice system: it’s racist,” she said, adding that the prison system was “something that America should be ashamed of.” 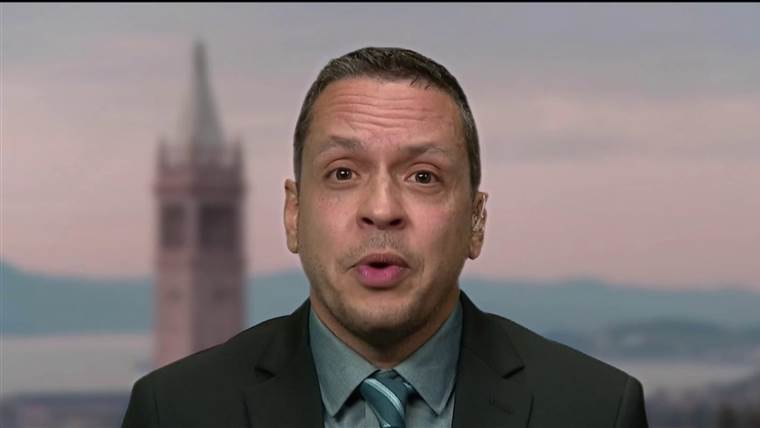 Warren has also focused on housing affordability for minority communities during major addresses in Nevada and before the National Action Network this year.

Warren isn’t the only high profile visitor Richmond has hosted. In June, when Biden sent word he’d be traveling to New Orleans, Richmond invited him for a round of golf. Biden, a potential 2020 contender, had been scheduled to headline a fundraiser last month in Martha’s Vineyard for Protecting Our Vote, a new political action committee focused on increasing African American turnout, but Booker took Biden’s place when postponed due to illness.

Booker, besides making campaign appearances for fellow Senate Democrats and promising African American candidates like Abrams of Georgia, has traveled to North Carolina, Louisiana and Alabama as part of what he called an “environmental justice” tour focused on public health threats to impoverished rural communities that haven’t been addressed.

Donna Brazile, a longtime Democratic strategist, said there’s no question that African Americans will provide the margin of victory for the eventual nominee, and that building relationships with minority communities now is critical.

“There still is a lot that anyone can do to win what I would like to refer to as the Obama primary. And that is that message matters, and having a candidate who has an inspiring message that can mobilize the grassroots and bring more people to the table — meaning in terms of registration — ultimately that’s the candidate that will do well in 2020,” she said. 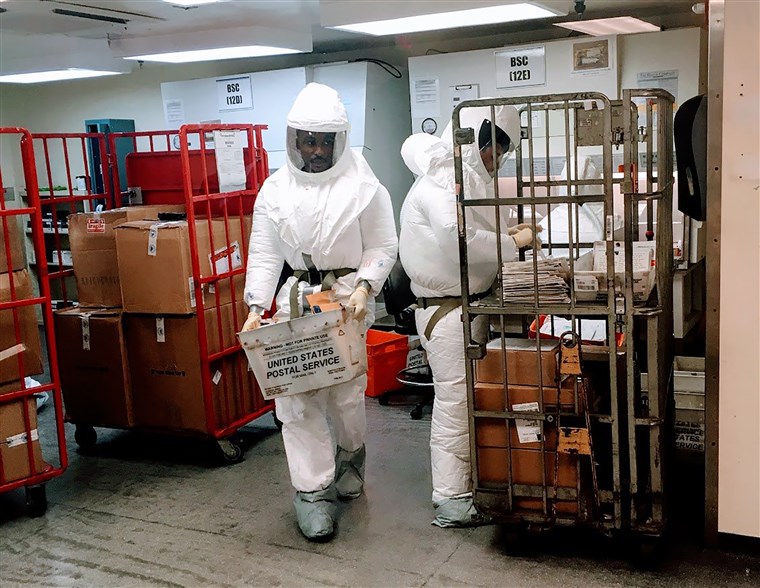 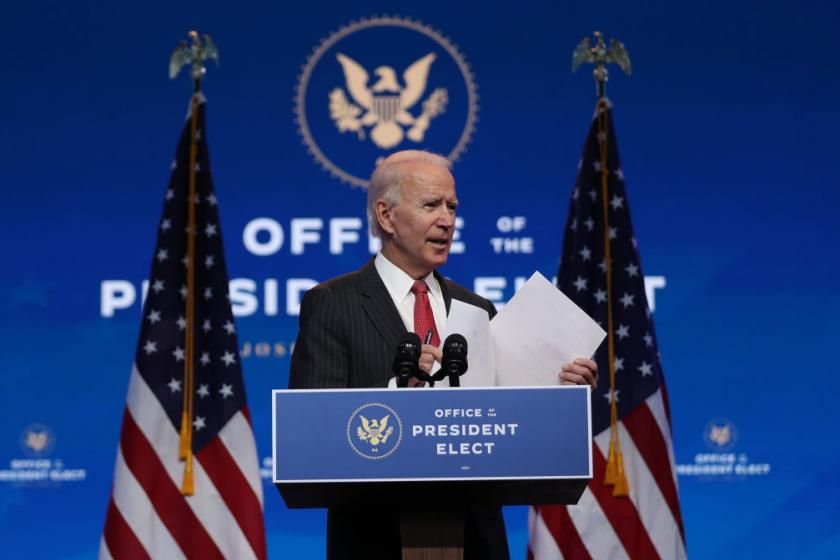 President-elect Joe Biden has vowed to “make an unshakeable commitment to prevent Iran from acquiring a nuclear weapon,” and U.S. officials expect […] 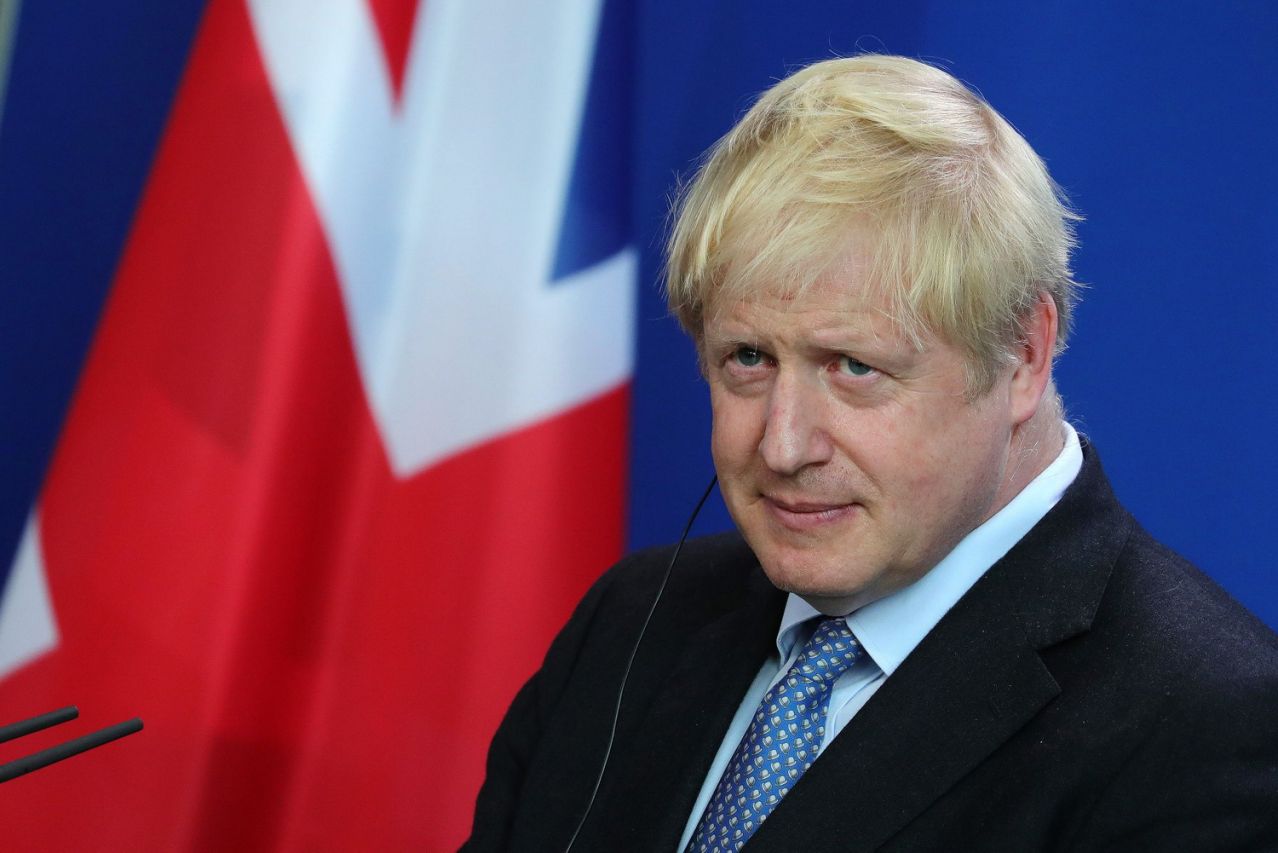 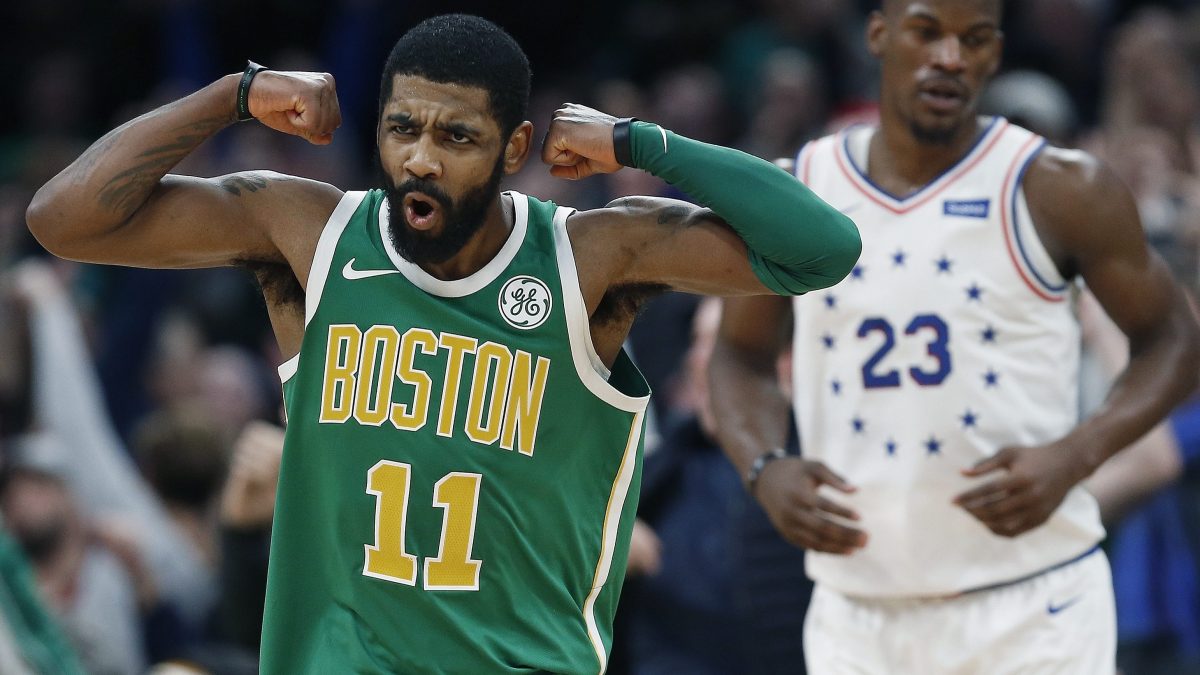 Kyrie Irving raced up court, took barely a moment to slow his momentum and pulled up for a deep 3-pointer with 20 […]