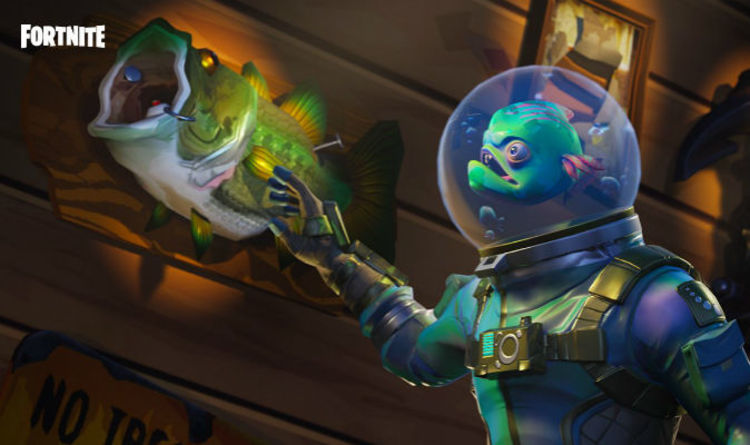 So far, most of what Epic Games has got planned for Fortnite season 6 remains a mystery.

Right now, players do not know what the theme will be, what kind of new skins will be part of the battle pass, or what map changes are being planned.

But there have been a few leaks that can give us a clue on what might be coming next.

Players believe that Fortnite Season 6 will begin during the week starting September 24.

The Fortnite season 5 Battle Pass has a countdown in it which currently says that it will finish on that Monday.

However, Epic Games has done a lot of tweaking in the past when it comes to release dates for seasons.

There’s a good chance they could extend season 5 by a week, something that happened in season 4.

That would push back the season 6 launch until October but would give fans more time to complete their battle pass.

From what has been found by data miners and seen in-game, it appears the purple cube is going to set off some kind of new event.

And this could include Fortnite Season 6 starting off with a volcanic explosion and the destruction of a well-known location.

The Fortnite cube first appeared on the Battle Royale map more than two weeks ago and since then has been moving around leaving runes behind in its wake.

It’s apparently got a final destination in mind, that being Loot Lake on the Fortnite map.

Data miners say they have found evidence of lava being added to the game, something that can’t currently be seen on the map.

Audio files for flowing lava were discovered in Fortnite update 5.40, while other images appear to show a volcano underneath Loot Lake.

It had been theorised that this Fortnite pyramid could emerge from Loot Lake at the start of Fortnite season 6 or the end of season 5.

But maybe, all along, instead of it being a pyramid it was another object that has a similar triangular shape – a volcano?

This theory was given more weight after the Fortnite week 10 loading screen was leaked.

In it, Brite Bomber is shown touching the cube, and on the surface of the Fortnite cube, a corrupted mirror image of the character is revealed.

FNBR – Fortnite Battle Royale Leaks Twitter account – has found references to a volcano pit in the games files, as well as a possible volcano-looking object seen in the week 10 loading screen.

“Ok, here’s a mask of loot lake. If you look closely you can see (what I believe) is a volcano at the top left, and in the middle looks like a lava pool. Also in the game files, there is a volcanic pit.”

“Also. According to the week 10 loading screen, Brite Bomber is touching the cube.

“Because of that, we can see an evil version of her, basically the opposite. Since the cube is going to loot lake, the opposite of water is lava.”

It would make sense that Epic Games would want to continue to change the Fortnite Battle Royale map into season 6.

So far five runes have been burnt into the ground by the Fortnite cube with two more to go.

The Fortnite cube has also sped up its movement, with it now moving every 42 minutes and 59 seconds.

This is a far cry from the one hour and 43-minute intervals the Fortnite cube moved at when it first appeared.

So it looks like the Fortnite cube will reach its endgame much quicker than previously anticipated.

Haven't I seen all this before? – Top 10 Star Wars Jedi: Fallen Order Tropes

Final Fantasy 7 Remake: Delay, release date and everything you need to know – CNET

Cyberpunk 2077 rumour-killer: Xbox One owners can rest easy ahead of release date

Grumpig Controls Other Pokemon By Shaking Its Ass

Play an endless, ruthless seagull battle royale in The Beach