As the 17th anniversary of the 9/11 terror attacks is remembered with solemn services on Tuesday, today we reveal for the first time how double agent Dean penetrated the apex of the world’s most feared terror organisation.

Although he had many successes, he was not able to warn of the passenger plane hijackings on September 11, 2001, which killed almost 3,000 people and destroyed the Twin Towers of the World Trade Center in New York.

While staying in London in a bugged flat, Dean passed on invaluable information on the activities of one-eyed, hook-handed cleric Abu Hamza and Jordanian Abu Qatada, two enormous thorns in the government’s side.

In his book, Nine Lives, Dean discloses his biggest fear – that Al Qaeda operatives, inspired by Bin Laden’s son Hamza, will soon use a sophisticated weapon he helped create, which is capable of spreading deadly chemical weapons on planes and underground trains.

He first became involved in terrorism as a fiery 16-year-old when he joined many other Saudis fighting with Muslims in Bosnia against the Serbs.

Now in his 40s, Dean says: “I was imbued with an ideology but I was also a powder keg yearning for a spark. I did not want history passing me by.”

His experiences in Bosnia and the contacts he made while fighting led to him travelling to Afghanistan to join Bin Laden and his small army of extremist followers and he stayed in various Al Qaeda boltholes in Jalalabad and at the terror group headquarters at Turnak Farm, near Kandahar.

In 1998 Bin Laden addressed his fighters and signalled the direction of the movement, saying: “Brothers, I bring glad tidings. We are unifying the mujahideen on a new global front against the Zionists and the Crusaders. 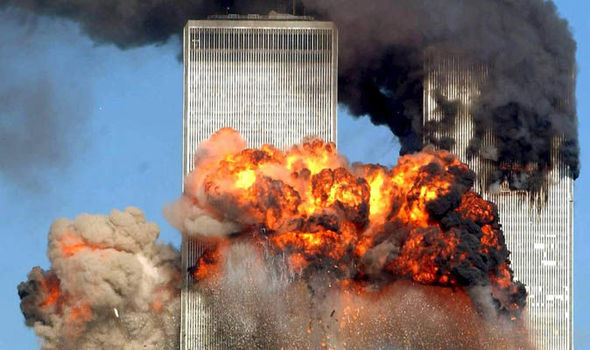 “I came here today to tell you we are at the beginning of a new era, an era in which we will triumph against the enemies of the Muslims.”

In April of that year Dean travelled to London, then known as Londonistan because of the rising popularity of Bin Laden among extremist thinkers.

His mission was to go to a large house in Gipsy Hill, south London, where he was met by an Al Qaeda operative named Safwat.

He had an Egyptian background and was separated from a wealthy English woman with whom he had a daughter.

At a mosque Dean was given a £25,000 satellite phone to take back to Afghanistan, where he worked side-by-side with master bomb-maker Abu Khabab, who had trained Abu Hamza. 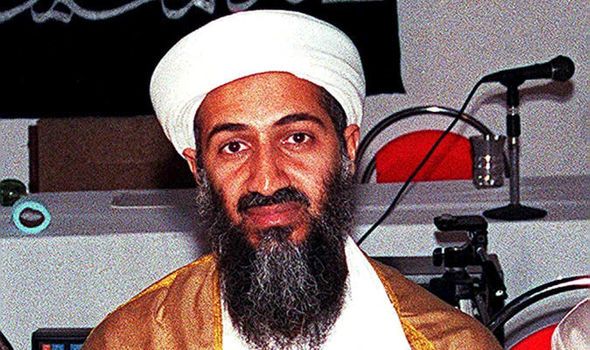 Although Hamza claimed he lost his hands when clearing mines in Afghanistan, Khabab told him what really happened.

Khabab had been teaching the Egyptian rabble-rouser at a rural farmhouse in Pakistan when Hamza – who was working alone downstairs – made the elementary mistake of putting a detonator in warm nitroglycerine.

Dean writes: “Seconds later Abu Khabab was blown off his feet by an explosion.

“He rushed downstairs to find Abu Hamza bleeding from his left eye and minus both hands, which were lodged in the rafters.”

In Afghanistan Khabab experimented with many homemade explosives and poisonous gases, testing out his mixtures on rabbits and other animals, and also having access to university laboratories in the then-Taliban controlled country. 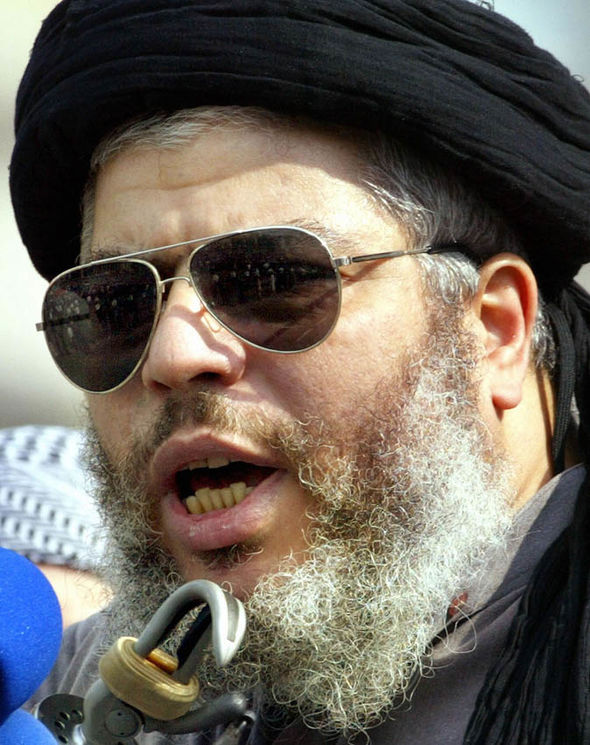 During one session he noticed a familiar face in the group – Safwat, the middle-aged man from Gispy Hill, who was working around the clock on formulas for explosives and fine tuning timing mechanisms for devices.

Dean later went on a mission with Safwat and others to fight the Northern Alliance in Afghanistan, with mortars and guns.

Although he survived an ambush, Safwat was shot in the head, dying in front of him somewhere in the dusty, rocky terrain.

The targets for the attacks were the British consulate, a Westerners’ club and a hotel.

At this point Dean was contacted by an M16 handler, named as Tom in the book.

Tom told him: “It would be very interesting to see who you might be able to flush out here. Make a few calls perhaps. We’re getting a bit tired of this Londonistan tag.

“Trouble is we’d need to prove they are raging psychopaths about to blow up Buckingham Palace to get an English court to take notice.”

Dean had chosen to become a double agent earlier that year after the summer bombing of the United States embassy buildings in Kenya, which killed 213 in Nairobi and 11 in Dar es Salaam, Tanzania.

Al Qaeda was delighted that two CIA staffers were killed in Nairobi but for Dean there were too many civilian casualties and he changed allegiance, using bouts of ill-health to get out of Afghanistan and meet his minders in London and other European countries, feeding them every scrap of information he came across. 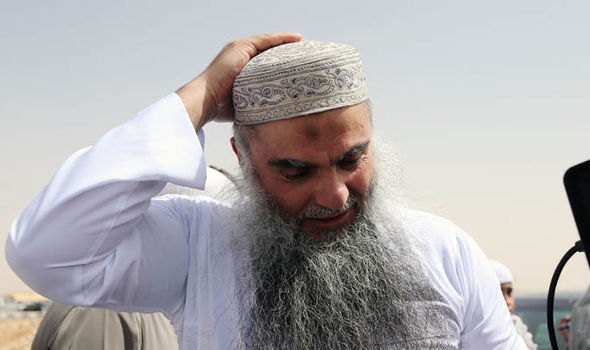 While in London he often met Abu Qatada, a Salafi cleric and Jordanian national who worried Scotland Yard’s counter-terror experts and, it seems, also irritated Egyptian born Abu Hamza, a fellow extremist with a cult-like following in north London.

Dean writes in the book: “To Abu Qatada it was insufferable that he had to make do with preaching to acolytes in the drab surroundings of the Four Feathers (a social club in London’s Baker Street) while the Egyptian ‘pretender’, whom he described as an uncouth low-life, preached to hundreds.

“Abu Hamza, for his part, resented the fact that Abu Qatada was held in greater esteem by Salafis (who believe in a return to basic Islam) back in the Middle East. His Yemen project had failed to eclipse the Jordanian national.

“I was witness to the rivalry. At a wedding party to which both had been invited, Abu Hamza proffered his elbow so that Abu Qatada could shake it in greeting but such was the contempt that the Jordanian felt towards the Egyptian that he pretended not to see him.

“‘Abu Qatada is an unforgiving brute’, Abu Hamza said to me, rolling his good eye.”

During his spells in London, Dean stayed at a flat in Brighton Road, Purley, near Croydon, which had been bugged by the security services and he gleaned many important facts from Al Qaeda sympathisers who were known as the Tooting Circle. 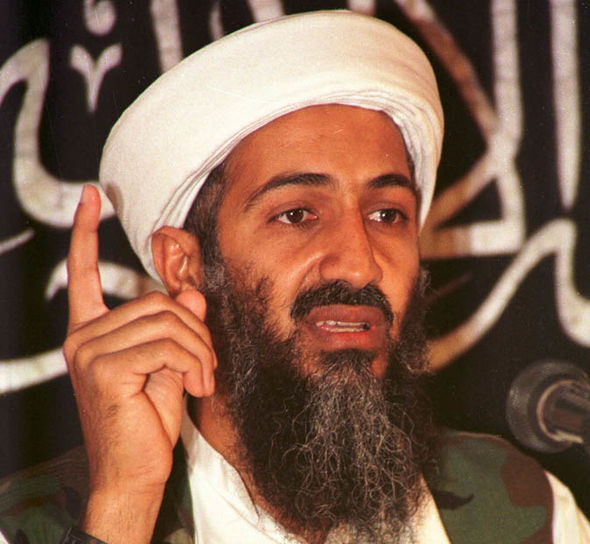 He says the information gathered was seen as “gold dust” with much of it being passed on to Washington and it was also being aired at 10 Downing Street.

In June 2001 while in Afghanistan Dean had an inkling something big was being planned but there was intense secrecy among the Al Qaeda hierarchy and Bin Laden rarely addressed his soldiers directly.

At that time he was summoned to a meeting with Abu Hafs al-Masri, Bin Laden’s righthand man, who told him he wanted four “brothers” living in England to come to Afghanistan by the end of August.

Masri told him: “Something big is going to happen and we expect the Americans to come to Afghanistan.”

The four men are named in the book but none were the hijackers. Dean adds: “I had come across the so-called 20th hijacker, Zacarias Moussaoui, in London before he left in February 2001 to (it later emerged) get flight training in the United States.

“Surly and secretive, he used to attend prayers at Abu Qatada’s Four Feathers Club. Moussaoui was confident that I was also a committed member of Al Qaeda but he never told me of any plans to travel to America.

“Immediately after meeting him I told my handlers that I’d encountered a French jihadi called Zacarias and that he’d been in the Al Qaeda camps in Afghanistan but I only knew his first name and nothing suggested he was a significant player.

“Only after 9/11 was I shown his photograph and learned his full name and connection to the conspiracy.”

“Aimen’s story gives a unique insight into what was going on before and after 9/11,” says Lister.

“Islamic State has taken over from Al Qaeda in recent years but people should not think it has gone away.

“Osama Bin Laden’s son Hamza is the leader and it is much more professional than it used to be and equally dangerous. It is said he recently married the daughter of Mohammed Atta, one of the main 9/11 hijackers.

“Al Qaeda’s ambition was always to use a chemical weapon, which may only kill 20 or so people in the immediate area but would create terrible fear and panic.

“We know from Aimen that they have the ability to produce chemical weapons but we can only hope any attempt would be stopped.”

Dean’s cover was blown when significant clues about his identity were published in a book in America and he now acts as a consultant to large international companies while keeping a low profile, knowing that his life is in constant danger.

Nine Lives: My Time As MI6’s Top Spy Inside Al Qaeda by Aimen Dean, with Paul Cruickshank and Tim Lister, is published by Oneworld, £18.99. 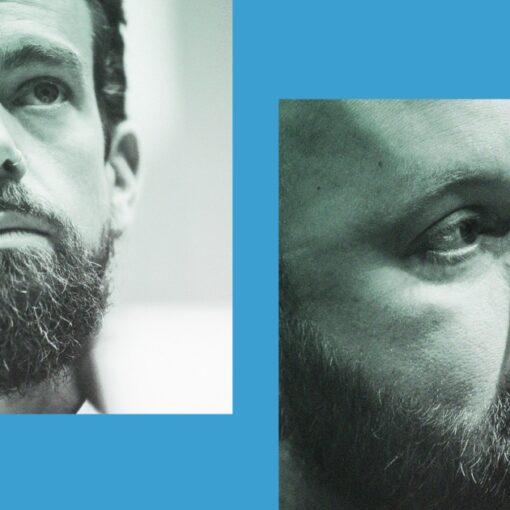 For something that doesn’t exist yet, web3 sure is getting a lot of people riled up.  It’s on the tip of tongues […] 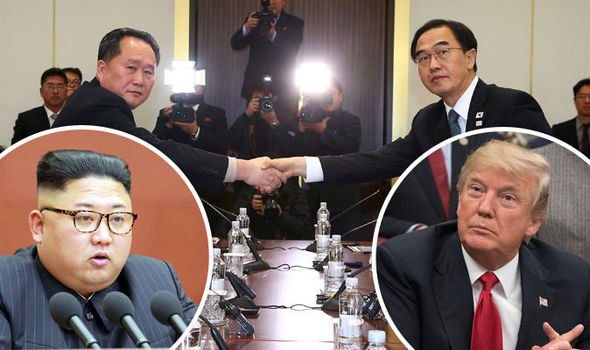 1.03pm GMT13:03 Drinkers visiting pubs in England’s Tier 2 regions will have to leave the premises once they have finished their food. […]