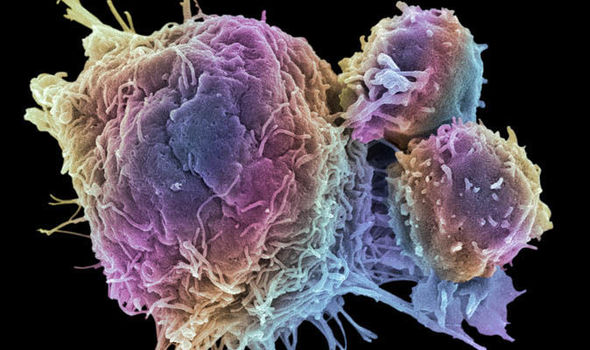 That will enable doctors to tackle the disease earlier and tailor drug treatment to each individual.

The technology has the potential to forecast whether a tumour will become aggressive, how likely it is to respond to treatment and what drug combinations might work.

The new technique, which has been shown to work in tests on historic tissue samples, could be in use in cancer clinics within a few years.

The work is being carried out by a team led by the Institute of Cancer Research in London.

The institute’s Dr Andrea Sottoriva said: “It’s an exciting breakthrough and extremely important because ultimately making predictions means we cannot just prevent the disease but in those with advanced cancer we can control it.

“Patients fear cancer but in the future it will be like people living with diabetes or HIV, many of whom live normal lives. We want to make the next generation not so afraid of cancer.”

The AI tool is called Revolver, which stands for repeated evolution of cancer. It studies the genetic make-up of vast numbers of tumour samples to spot patterns which are used to forecast the future.

The ever-changing nature of tumours is one of the biggest challenges in treating cancer.

The disease often evolves into a drug-resistant form.

The new system, developed by scientists at the ICR and the University of Edinburgh working with the University of Birmingham, Stanford University in California and Queen Mary University, London, is able to identify common patterns and sequences buried deep within a confusing mass of DNA data.

It has been tested on 768 samples from 178 lung, breast, kidney and bowel cancer patients.

Dr Sottoriva said: “With this tool we hope to remove one of cancer’s trump cards – the fact that it evolves unpredictably, without us knowing what is going to happen next. “By giving us a peek into the future, we could potentially use this AI tool to intervene at an earlier stage, predicting cancer’s next move. 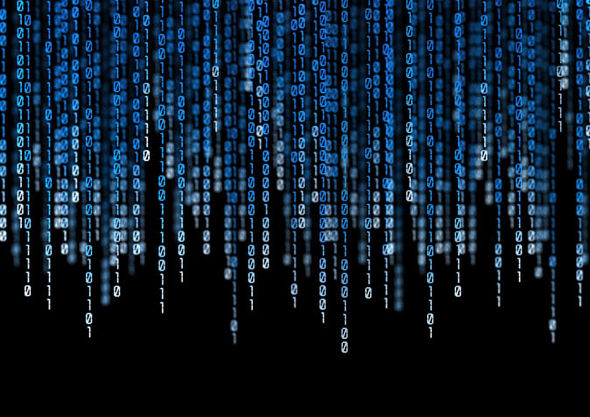 The ever-changing nature of tumours is one of the biggest challenges in treating cancer (Image: GETTY IMAGES)

“I would liken our efforts to a game of chess. The best chance we have of beating cancer at its own game is to predict its next move and we are developing our play. “Instead of simply responding to cancer’s every move, we want to become more akin to a grandmaster – looking several steps ahead, seeing the patterns in play and devising our own strategy to thwart it.”

Unearthing repeating patterns of DNA mutations could be used to predict whether patients will develop resistance to drugs, the research published in the journal Nature Methods shows.

Professor Paul Workman, the institute’s chief executive, said: “Cancer evolution is the biggest challenge we face in creating treatments that will work more effectively for patients.

“If we are able to predict how a tumour will evolve, the treatment could be altered before adaptation and drug resistance ever occur, putting us one step ahead of the cancer.

“This new approach using AI could allow treatment to be personalised in a more detailed way and at an earlier stage than is currently possible, tailoring it to the characteristics of each individual tumour and to predictions of what that tumour will look like in the future.”

Study co-leader Professor Guido Sanguinetti, of Edinburgh University, said: “By solving a statistical machine learning problem we were able to shed light on cancer evolution. It is an example of how the power of AI to detect complex patterns in data can be harnessed to further our scientific understanding to improve human health.”

Professor Karen Vousden, Cancer Research UK’s chief scientist, said: “This study highlights that among the genetic chaos within tumours, there are patterns that we can use to our advantage to understand and even possibly predict cancer’s next move.

“It’s important that we now test whether machine learning could be applied when treating patients and if we can use these mathematical methods to inform which treatments are most likely to be effective. As we enter a new age of technological innovation, artif cial intelligence and machine learning are opening up many exciting areas of exploration for improving the detection and treatment of different cancers.”

The search for novel ways to beat cancer comes as forecasts show half of us will develop the disease at some point in our lives.

They are designed to give people with potential cancer symptoms a definite answer (Image: Getty Images/Science Photo Libra)

Meanwhile, tens of thousands of sufferers are waiting more than two months to start treatment.

The NHS has failed to meet its 62-day target for the past two-and-a-half years. It was missed again in June, with statistics showing only 79 per cent of patients in England started treatment within two months of being urgently referred by their GP, against a target of 85 per cent.

The delays mean about 66,000 patients have waited longer than the prescribed time limit since 2016. Since January 2014 about 110,000 people have waited more than two months for treatment to start.

The two-week wait for referral from a GP to see a specialist was also exceeded in June with 91 per cent of patients seeing a specialist within two weeks against a target of 95 per cent.

This is the third month in a row that this has been missed. 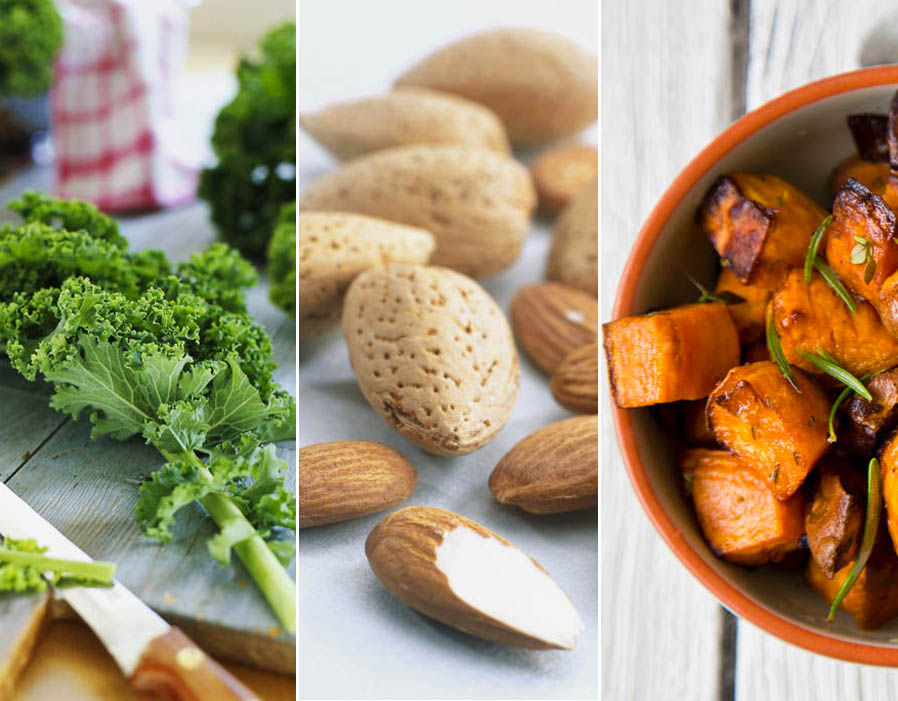 10 Superfoods to help you live longer

The scandal has led to fast- track cancer centres being set up.

They are designed to give people with potential cancer symptoms a definite answer – in some cases on the same day.

In a move designed to stop people suspected of having the killer disease being shunted around different NHS departments, specialists will be able to carry out every type of investigation under one roof.

All tests at the centres will be carried out within a fortnight of referral. Some could receive a diagnosis or the all-clear on the same day as their test.

Others may require further investigation up to a maximum of 28 days.

The pilot scheme is being co-ordinated by NHS England, Cancer Research UK and Macmillan Cancer Support and is being tested in 10 hospitals around the country. Lung cancer remains the top cancer killer in the UK, claiming the lives of almost 36,000 people a year, followed by bowel and colon cancer, which kills 16,000.

Prostate cancer kills 12,000 men and has overtaken breast cancer as the third most deadly type of the disease. 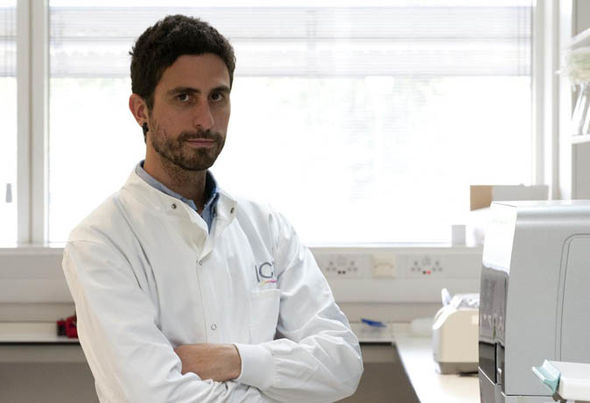 THE fittest cancer cells – those that have a survival advantage over others – are the ones that are most likely to pass on their genes to the next generation.

It is the survival of the nastiest.

Just as in an ecosystem of animals and plants, the reasons why one cancer cell might have a survival advantage over another are very complex, and very hard to measure. But, by applying mathematical formulae and artificial intelligence tools to huge datasets of information about cancers, we are catching a glimpse of what is happening to cancers as they evolve.

We are now able to turn a large amount of information about the genetic make-up of a tumour into a snapshot of its evolutionary history.

We can see what sort of cancer cells first established a tumour.

We can see how, over time, cells with other characteristics came to populate tumours. And now, we are starting to see into the future: catching sight of how cancers will evolve.

Our study marks an important step forward in our efforts to predict how cancers will evolve in the future, using artificial intelligence.

We retraced the evolutionary paths along which patients’ cancers developed, and used artificial intelligence to compare the order of genetic changes across patients.

Our new tool allowed us to identify repeated patterns of genetic changes.

Combining these with current knowledge of cancer biology and evolution, this enabled us to predict the future trajectory of tumour development.

I’m a computer scientist by training and used to do research in astrophysics.

I found that a lot of approaches from physics could be applied to cancer evolution. 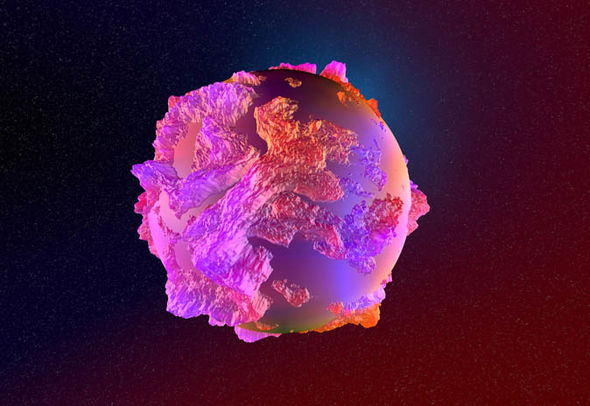 I believe that crossing boundaries between different areas of research has huge promise.

In the future, artificial intelligence could predict whether a tumour will become aggressive or not; how it is likely to respond to specific treatments; what combinations of drugs might work; and even ways we might kill dangerous cells to leave benign cells to win the evolutionary battle.

I would liken our efforts to a game of chess.

The best chance we have of beating cancer is to predict its next move.

Instead of responding to cancer’s every move, we want to become akin to a grandmaster – looking several steps ahead, and devising our own strategy to thwart it.

Bonding After a Broken Arm

The Hidden History Baked Into a Cooking Pot

High blood pressure: Be aware of the ‘salty six’ if you want to lower your reading

Martha Stewart, Blissed Out on CBD, Is Doing Just Fine

Samsung AKG Y600NC headphone review: the best of Bose and Sony on a budget

A Day 1 Prediction on the Beach