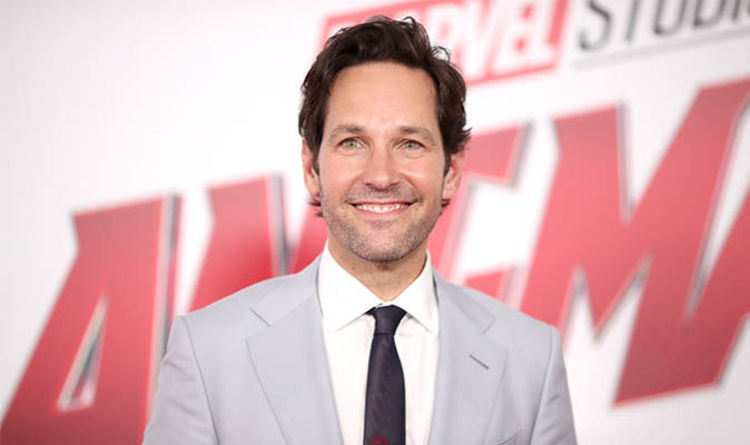 Marvel‘s most diminutive superhero took to the big screens once again to thwart evil.

With his partner in crime-stopping the Wasp by his side, the two managed to thwart Ghost all in the run-up to the disastrous events of Avengers: Infinity War.

The Ant-Man sequel is still playing in UK cinemas, some fans are already looking forward to being able to watch the movie again and again.

Avengers: Infinity War is coming to Blu-ray on September 3, which will at least give fans something to preoccupy themselves with…

When is the Ant-Man sequel out on Blu-ray and DVD?

So far, no concrete date has been set for the release.

However, there’s plenty of evidence to use for the best date guess.

Ant-Man and the Wasp Blu-ray release date is estimated for October 2018.

The Digital HD from Amazon Video and iTunes is similarly estimated for October 2018.

From there, Ant-Man and the Wasp should head to Netflix for an easier at home streaming.

The likely date for Ant-Man and the Wasp to find a home on Netflix is sometime between March and April 2019 in America, and April and May 2019 in the UK.

Unfortunately, it will be the last Marvel movie to land on the streaming giant.

Disney has long touted plans to create its own streaming service which has caused concern for some Marel fans – especially those in the United Kingdom.

Of the proposed Disney streaming site, The New York Times reported: “Starting with Captain Marvel in March [2019], all of the films that Walt Disney Studios releases in theatres will subsequently flow to the Disney streaming platform instead of to Netflix.”

There are no details for international licensing, nor price, for the mouse-house streaming site, leaving lots of fans in the lurch.

With Infinity War coming to Blu-ray and DVD on September 3, fans of the Marvel heroes will have something to tide them over.

Whether or not an Ant-Man 3 is in the works remains to be seen.

Though there has been support from the cast for another Ant-Man movie, there have been no official statements regarding its future.

Captain Marvel is set to take over as the face of the MCU with the end of Phase Four, and many think Avengers 4 will see the old guard giving up their lives to allow the new generation of heroes to take their places.

The Wasp and Ant-Man are some of this new generation, and, despite the fact that the Ant-Man and the Wasp mid-credit scene saw them all in dire straights, fans are betting on the fact their favourite heroes will be resurrected somehow.

Or in Ant-Man’s case, escape the Quantum Realm.

Ant-Man and the Wasp is now playing in cinemas.

Is this the worst miss of all-time? KV Mechelen midfielder Aster Vranckx trips over the ball

Carrie Underwood and Thomas Rhett tied at the ACM Awards, and people are not happy