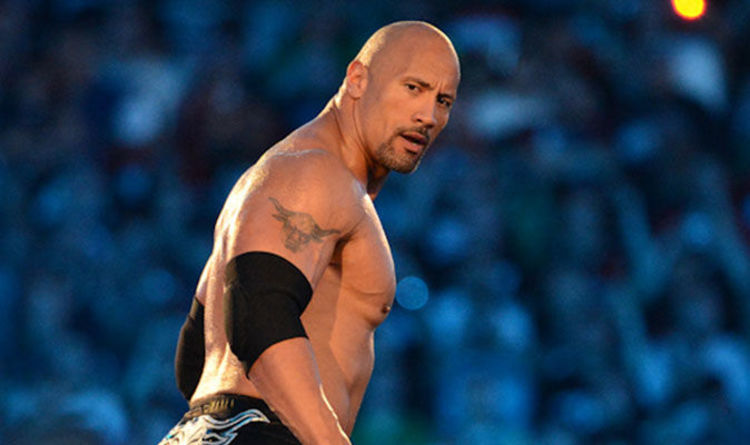 Dwayne ‘The Rock’ Johnson is one of the greatest ever WWE legends as he is a 10-time world champion and has beaten some of the all-time best like Stone Cold Steve Austin, The Undertaker and John Cena.

Johnson is now one of the biggest superstars in Hollywood as he has featured in major blockbuster hits like Jumanji: Welcome to the Jungle, Rampage and The Fast and Furious franchise.

The Great One has also co-starred with some of the most famous names in the business like Christopher Walken, John Travolta and Jason Statham.

However, The People’s Champion seems keen to take a little break from Hollywood as he recently stated that he would love to return to the ring for one more match.

The 10-time world champion said: “I can’t wait to get back into a WWE ring.

“Everybody always asks me what’s it like being in a WWE ring and I always tell them, there’s a lot of celebrities and athletes too, I say there’s nothing like it.

“There’s nothing like [being] inside a WWE ring because there’s a certain live crowd acumen, there’s great connective tissue that’s second to none.

“That was always, and will always be the best part of my job when it comes to wrestling, whether I’m wrestling a match or just giving a promo. That connection with the audience, there’s nothing like it.”

After that statement, Sky Bet have placed him as the favourite to win this year’s Men’s Royal Rumble Match for the second time in his career with 1/1 odds.

The Rock won the annual 30-man over-the-top-rope battle royal in 2000 by eliminating Big Show in controversial fashion and main-evented WrestleMania.

The Great One seized to perform as a full-time WWE superstar after losing to Goldberg at Backlash 2003.

The People’s Champion made rare non-wrestling appearances while building a name in Hollywood but still managed to compete at WrestleMania 20 where he teamed up with Rock ’n’ Sock Connection partner Mick Foley and lost to Evolution’s Ric Flair, Batista and Randy Orton at Madison Square Garden in New York.

After becoming a major movie star, Johnson returned to WWE seven years later as the host of WrestleMania 27 and was then embroiled in an intense feud with Cena.

The ex-WWE Champion beat The Leader of the Cenation at WrestleMania 28 but lost their rematch a year later at The Grandest Stage of Them All.

During his short second stint with the company The Rock won the WWE Championship when he beat CM Punk at Royal Rumble 2013.

His last match took place at WrestleMania 32 where he defeated The Wyatt Family’s Erick Rowan in six seconds with a Rock Bottom.

Rumours suggest, WWE are holding talks with the movie star in their bid to have him return for Smackdown’s 1,000th episode on October 16 at the Capital One Arena in Washington, DC.

What must Jack Grealish do to earn an England call-up?

Wasps' Jack Willis: from England's next star to plumbing course and back

Weight loss: The fat loss treatment that gets rid of lockdown belly fast with no downtime