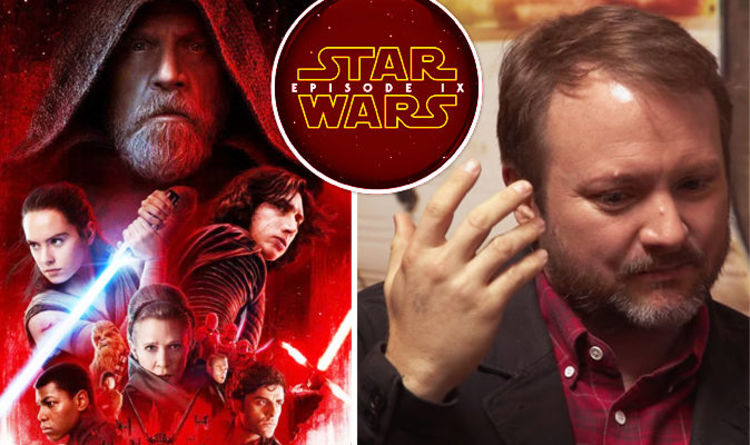 The Star Wars fandom is divided as never before.

The negative reaction to Episode 8 was so virulent and vocal that many believe it was one of the major reasons Solo: A Star Wars Story hit the box office rocks in such a disastrous fashion.

Before then, Johsnon had been given the green light for a trilogy of Star Wars movies with no existing plot or characters and set in a new galaxy with no connection to the main franchise.

It seemed hard to see how this could even be classified as a Star Wars story, but then the issue suddenly became moot with reports Disney had pulled the brakes on the project overthe mounting problems.

He said: “We were just starting our work on another Star Wars spinoff and yeah. We were actually just making our mark on Tatooine, which would have been interesting, and some other new galaxies.”

The new galaxies could only be Johnson’s trilogy.

Yesterday, a fan directly asked the director what was going on.

Fan Matt Allen tweeted Johnson: “Are you still working on your Star Wars trilogy? I’m waiting for it.”

Johnson replied with one word: “Yup.” Oh yes, and the emoji for a fistbump.

His economical response gave a swift knock out to the vocal opponents to his ongoing involvement in the Star Wars universe.

However, those fans could take comfort from reports that his freedom and carte blanche to do whatever he wants have been seriously curtailed.

Talking about his plans back in December, Johnson revealed his only pitch to Disney consisted of: “A new trilogy, one story told over three movies. Go new places, meet new folks, come up with a new story to tell in the Star Wars universe. The sky’s the limit.”

Unsurprisingly an increasingly concerned Disney may have now imposed some new controls and restrictions.

Commentator Mike Zeroh said: “We did hear a lot of things about Disney and Lucasfilm changing the format of Rian Johnson’s trilogy and how it would actually tie in with the sequel trilogy instead of making it completely new. Hitting the reset button and doing something completely different is what Rian Johsnon wanted to do. Apparently that was changed to something more along the lines of what we are already familiar with.”