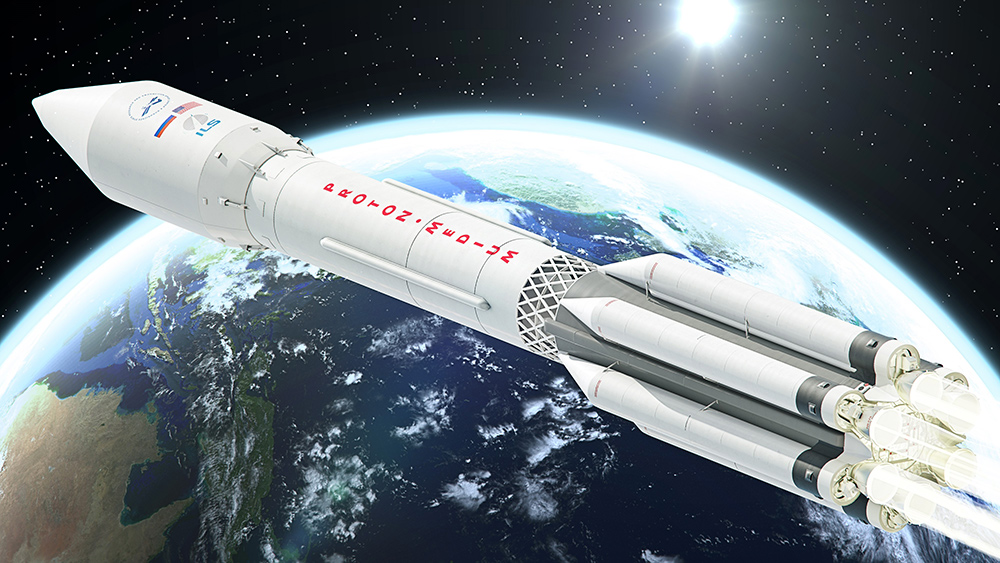 Since unveiling Proton Medium in late 2016 as part of an expanded family of rockets meant to cater to smaller geostationary satellites, ILS said it has signed up multiple customers for what it was promoting as a simpler, more cost-competitive version of Russia’s workhorse Proton Breeze M heavy-lift rocket.

In a statement to SpaceNews, ILS said customers who have already contracted for a Proton Medium launch will be switched to the more powerful Proton Breeze M for no additional charge. ILS declined to say how many Proton Medium missions it has under contract. To date, only Paris-based satellite fleet operator Eutelsat has publicly announced booking a Proton Medium. Eutelsat made its Proton Medium reservation for an unnamed satellite as part of 2016 multi-launch agreement with ILS.

Dmitry Rogozin, the former deputy prime minister that Russian President Vladimir Putin installed this spring as the head of Roscosmos, said he wants to see Khrunichev phase out Proton production and concentrate on Angara sooner than later.

“When Khrunichev simultaneously produces both old and new heavy-duty rockets,” Rogozin told Russia’s RIA Novosti news agency in May, “it will inevitably lead to the financial collapse of the enterprise. Eternal state support is impossible and inefficient, so we need to concentrate on what is most important, and that is the Angara launch vehicle in light, medium, heavy and — in the future — super-heavy variants.”

ILS, in its statement to SpaceNews, confirmed that Proton Medium development “has been placed on an indefinite hold” as Roscosmos conducts “an extensive review and analysis of the Russian space sector including the Proton and Angara launch systems.”

ILS declined to make any of its executives available for an interview, but said in its statement that Proton Breeze M “will be used for all ILS commercial missions either under contract or previously planned for launch using the two-stage Proton Medium vehicle.”

ILS unveiled its plans for Proton Medium and the even smaller Proton Light in September 2016 during Euroconsult’s World Satellite Business Week conference in Paris.

In an interview last year, ILS President Kirk Pysher told SpaceNews that he had high hopes for Proton Medium. Unlike the heavy-lift Angara 5, which flew its first and only test flight in 2014, Proton Medium was being designed as a purely commercial competitor to SpaceX’s Falcon 9. Pysher said he expected Proton Medium would ultimately become ILS’s most frequently launched rocket.

As originally envisioned, Proton Medium would debut in 2018 as a two-stage version of the Proton Breeze M. Last year, ILS and Khrunichev tweaked the design to accelerate its development. Instead of eliminating the second stage from Proton Breeze M, it would dispense with the third stage. The revised design was expected to be able to carry more than 6,000 kilograms to geosynchronous transfer orbit, up from its original 5,000-kilogram target. Proton Breeze M, in comparison, can launch over 7,000 kilograms to GTO.

By the time ILS and Khrunichev unveiled its revised its Proton Medium design last year, it had already shelved Proton Light, as demand for a rocket that could place 3,600 kilograms into GTO was less than anticipated.

ILS conducted just two commercial Proton launches in 2016 as reliability and quality control issues ended up sidelining the rocket for 12 months. In June 2017, Proton returned to flight carrying EchoStar 21 on a commercial mission arranged through ILS. The rocket launched three more times in 2017, including back-to-back ILS missions in September, but has been inactive so far this year except for a Russian government launch in April.

ILS’s next Proton Breeze M mission, carrying the Eutelsat 5B satellite and Northrop Grumman’s satellite-servicing Mission Extension Vehicle, had been slated for late this year but has since slipped into 2019.

ULA to launch Delta 4 Heavy for its 12th mission, four more to go before rocket is retired