More voters disapprove of Donald Trump’s presidency than ever before, according to a poll released Friday.

The survey was taken Aug. 26-29, days after Trump’s former campaign chairman Paul Manafort was convicted on eight counts of financial fraud and his former personal lawyer pleaded guilty to a series of crimes including breaking campaign finance laws, which he said he did at Trump’s direction. 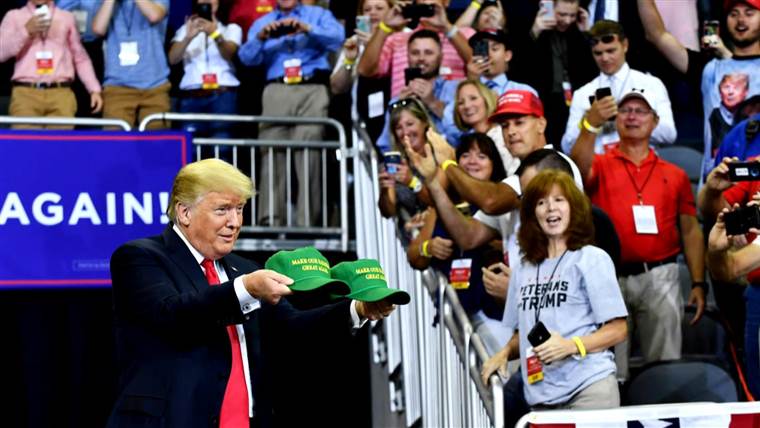 The survey found significant voter discontent with the president — including 49 percent of voters who believe Congress should begin impeachment proceedings against Trump — and broad support for the investigation into his campaign over ties to Russia.

A majority of voters seemed to support the work stemming from that investigation, too: Sixty-seven percent said the case against Manafort was “justified,” and 62 percent said they sided with Attorney General Jeff Sessions, whom Trump has criticized for allowing the Mueller investigation to proceed.

A majority of voters, 61 percent, also said they believed Trump committed a crime if he did in fact direct his former personal attorney Michael Cohen during the election to pay hush money to keep two women quiet about alleged affairs.

The vast majority of voters — 84 percent — also agreed that corruption in Washington has increased or stayed the same, while just 13 percent of voters said corruption had decreased. The strong consensus signals that voters do not believe Trump has accomplished his campaign promise to “drain the swamp.”

The survey was conducted by landline and cellphone among a sampling of 1,003 adults; the margin of error is 3.5 percentage points.

Trump will announce a 'major therapeutic breakthrough' on coronavirus Sunday

'End of the world': Massive, self-inflicted 'bomb' in Beirut

How to watch the Indy 500 this Sunday