Canadians are mad as heck, and they’re not going to take it anymore. While our neighbor to the north might not be responding in kind diplomatically, President Donald Trump’s barrage of accusations, insults, and threats to impose tariffs have not fallen on deaf ears.

According to a survey conducted by research firm Nanos in conjunction with the Globe and Mail and CTV News, 72 percent of respondents said they would stop buying U.S.-made goods in the event of a trade war, and 73 percent said they would stop visiting the United States. 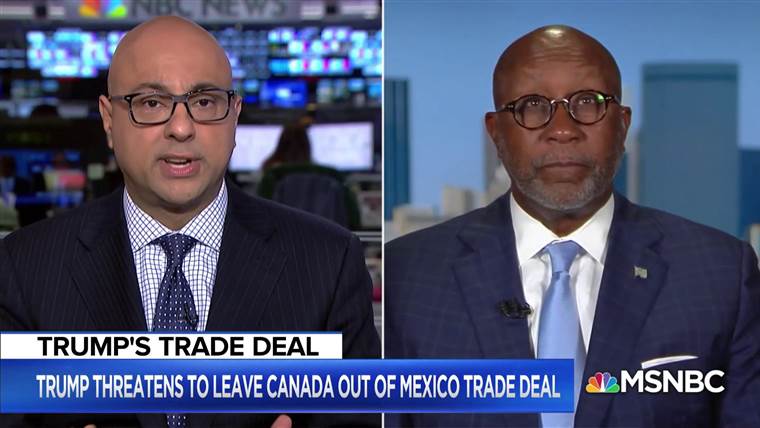 So far, the calls for boycotts haven’t hurt many of the biggest American consumer brands, according to a YouGov BrandIndex survey of Canadian adults. The survey found that purchase consideration among a basket of American brands — Amazon, Apple, Burger King, Costco, Ford, Forever 21, GM, Gap, KFC, McDonald’s, Pizza Hut, Starbucks, and Walmart — was roughly flat between May and August.

“Our data to date suggests that the boycott is not likely to have a significant impact on Canadians purchasing from major U.S. brands,” said Ted Marzilli, CEO of data products at YouGov.

But while Canadian consumers might be reluctant to give up their Amazon Prime, iPhones, or American fast-food indulgences, there is evidence of an upswelling patriotic consumerism on social media.

A growing number of Canadians are taking to Twitter with hashtags like #BoycottUSProducts, #BoycottUSA and #BuyCanadian, and Facebook groups with names like “Dump the Trump Buy Canadian,” BuyCanadianFirst,” and “Made in Canada,” post pictures of store shelves empty of Canadian brands next to their U.S.-made counterparts, or chronicle shopping trips devoid of U.S.-produced items.

A website that launched two months ago giving Canadians locally produced alternatives to American-made products has turned into a viral hit. When Canadian news media picked up on madeinca.ca, the number of new weekly visitors shot up to over 100,000 at one point, according to Ontario resident Tyler Campbell, who founded the site along with his father and his uncle.

The site’s growth has been rapid. “In terms of companies, we’re sitting in the mid-500s right now,” Campbell said. He added a submission form to the site where companies or consumers could suggest businesses or products, which has brought the total number of products in the site’s database into the tens of thousands.

“A lot of the focus has been on boycotting the U.S. more than buying Canadian,” Campbell told NBC News, but he said he has visions for the site’s growth that go beyond the current political acrimony. “Personally, I try to shift that paradigm. I’m more supportive of buying Canadian,” he said, attributing what he called the “overwhelmingly positive” response to the site’s pro-Canada, rather than anti-U.S., messaging.

Social media users are also pledging to leave U.S. destinations off the list when choosing their next vacation. Jennifer Hendry, senior research associate with the Canadian Tourism Research Institute at The Conference Board of Canada, said there is little evidence that Canadians are canceling trips already booked to the United States, although the Conference Board of Canada’s most recent survey of travelers found an uptick in negative sentiment.

The percentage of respondents who said they are “somewhat” or “not at all” likely to visit the U.S. over the next few years rose from 33.7 percent in February 2017, the month after Donald Trump’s inauguration, to 37.4 percent. In addition, Hendry said one-quarter of respondents specifically said they have chosen not to visit the United States since the beginning of last year.

“Tourism tends to lag, so we’ll see,” she said. “I think we’re going to see a bit of a change for the coming winter period.”

TikTok deal latest: Chinese video app on verge of major sale in the US

Strike season 5: Will Strike Lethal White be the final series?