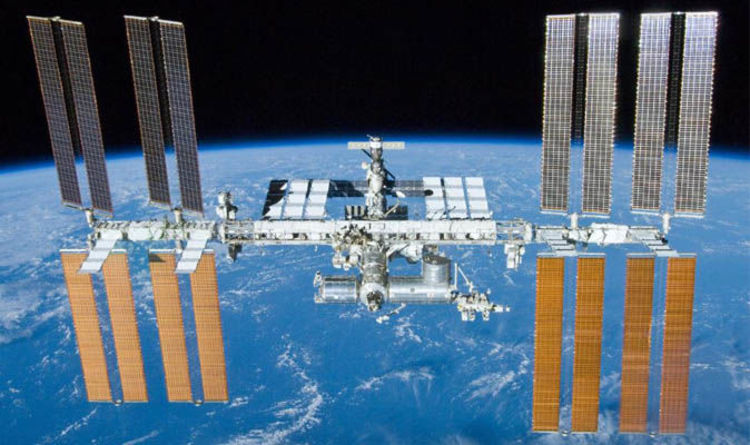 The ISS’ cabin pressure is now “holding steady” after ISS Expedition 56 crew members hunted down a breach in the spacecraft’s hull.

Alarm bells went off in Houston, Texas, and outside of Moscow on Wednesday, August 29, alerting flight control crews of a pressure drop.

But the six ISS astronauts aboard the ISS were not warned of the space station losing oxygen until the following morning.

Both NASA and the European Space Agency (ESA) argued the breach was not dangerous enough to wake the astronauts from their slumber.

NASA said the ISS still had enough oxygen to last the crew for weeks but if the breach had not been sealed, it would have drained the ISS of air in just 18 days.

The space agency has now confirmed the breach only caused “a minor reduction of station pressure”.

Yesterday the six astronauts carried out a search in one of the two Russian Soyuz spacecraft modules docked to the orbital laboratory.

A minute breach about 2mm in size, smaller than the fingernail on a little finger, was detected in in the upper section of a Soyuz MS-09 spacecraft.

During a live feed broadcast from the ISS a crew controller on Earth was heard saying German astronaut Alexander Gerst had plugged the hole with his finger.

The voice said: “Right now Alex has got his finger on that hole and I don’t think that’s the best remedy for it.”

The breach has since been sealed by Roscosmos astronaut Sergey Prokopyev.

The Russian astronaut stopped the oxygen leak with a bit of epoxy and cotton gauze after it was first taped over with heat resistant tape.

Flight controllers are now looking into a more permanent patch.

Last night NASA said in a statement: “After a morning of investigations, the crew reported that the leak was isolated to a hole about two milimeters in diameter in the orbital compartment, or upper section, of the Soyuz MS-09 spacecraft attached to the Rassvet module of the Russian segment of the station.

“Flight controllers at their respective Mission Control centers in Houston and Moscow worked together with the crew to effect a repair option in which Soyuz commander Sergey Prokopyev of Roscosmos used epoxy on a gauze wipe to plug the hole identified as the leak source.

“As the teams were discussing options, flight controllers in Moscow performed a partial increase of the station’s atmosphere using the ISS Progress 70 cargo ship’s oxygen supply.”

Russia’s space agency will carry out additional analysis for other leaks.

NASA stressed none of the six astronauts were in any real danger fro the leak.

The space agency told its astronauts “no further action was contemplated for the remainder of the day”.

“All station systems are stable and the crew is planning to return to its regular schedule of work on Friday.”

Carbon and metal air pollution particles found in the placenta

China's 2060 carbon neutral pledge is a big deal but is it big enough?

China’s Pledge to Be Carbon Neutral by 2060: What it Means

Late-stage study of first single-shot vaccine begins in US

Retrievers and collies are more playful than pugs and Yorkshire terriers

C.D.C.’s Contentious Testing Guidance on Covid-19 Was Not Written by Its Scientists