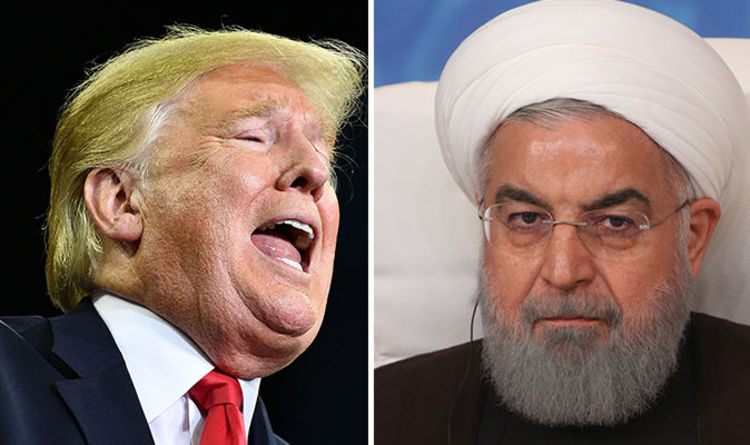 The Iranian military’s chief of staff revealed on Thursday the flow of oil that passes through the Persian Gulf’s Strait of Hormuz, which equates to a third of the entire world’s oil, would be blocked by Tehran if US-imposed sanctions led to less countries trading with the Middle Eastern nation.

Major General Mohammad Hossein Bagheri was speaking to naval commanders of Iran’s Revolutionary Guards force when he warned the oil supply would be cut off if US President Donald Trump’s policies succeeded in reducing Iran’s oil exports to zero, the Mehr News Agency reported.

On Tuesday, US Defence Secretary James Mattis warned “Iran has been put on notice” as a result of its regional activities and threats to close the Strait of Hormuz.

But Iranian Major General Bagheri said: “The US army and other foreign forces in the Middle East region are well aware of this issue that if they make the slightest mistake in the region, they will pay a heavy price.”

He further warned: “The movements of US forces in the Persian Gulf are monitored closely and if any move is made by the US forces, contrary to the international law, their act will be prevented harshly.”

Trump foisted the sanctions on Iran, which has some of the world’s largest natural gas reserves, after he branded the nuclear deal as “decaying and rotten” and “an embarrassment”.

Following his comments, Trump signed an executive order to officially abandon the Iran nuclear deal, which was a legacy from the Obama administration.

The deal, thrashed out with Tehran by key players on the world stage, was to ease unilateral sanctions in return for Iran curbing its nuclear energy programme, which the West maintained was to build a nuclear bomb.

Obama’s White House, along with China, France, Germany, Russia and the UK, signed the deal, which has since been canned by the Trump administration.

Trump argued the JCPOA did not go far enough to prevent the Islamic Republic from developing ballistic missiles and supporting militant and political movement across the Middle East.

The first wave of Trump-imposed sanctions on Iran came into effect earlier this month.

The next round, which specifically targets Iran’s energy exports, is set for early November.

European leaders are devising ways to get around sanctions, with UK misters reportedly holding talks with Japan to see how they might circumvent the measures and continue to buy Iranian oil.

Tokyo has been consulted by Foreign Office and Treasury officials because of its record of independently signing oil deals with Tehran and handling insurance contracts during previous sanctions on the nation, The Times reported.

Firefighters are stretched thin as flames rage across California

Watch the final night of the Democratic National Convention

August 20, 2020
Steve Bannon has been released on $5 million bail after appearing in court in handcuffs and pleading not guilty to being part of an...