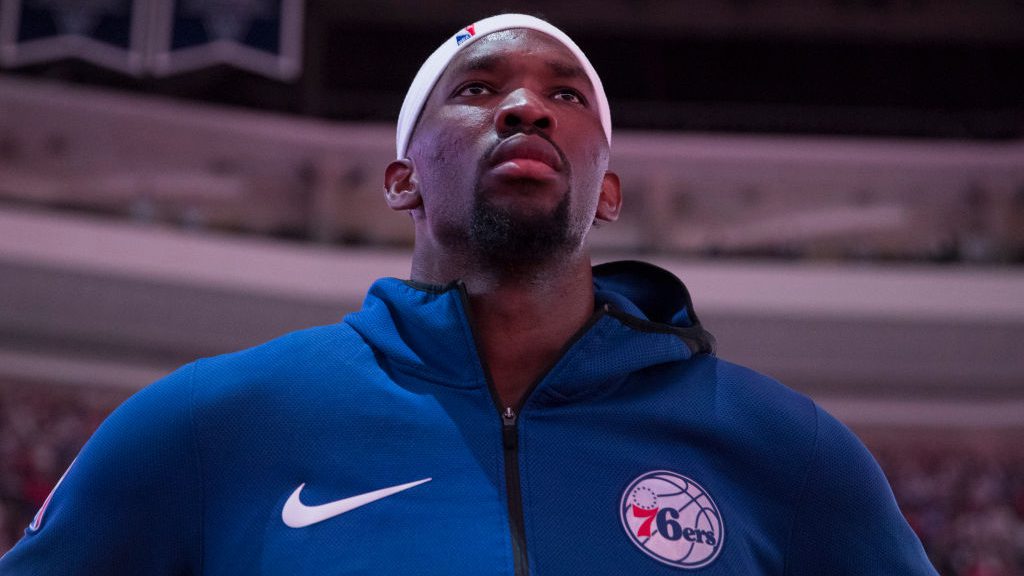 Joel Embiid is a treasure.

Not just a beast on the court and a future Defensive Player of the Year, not just a guy who can get buckets, he’s a guy who is loving his experience — and taking it to social media. He’s holding nothing back and jumped into American culture and the NBA with both feet.

That includes a fantastic story he penned at the Players’ Tribune. Embiid shot 30.8 percent from three last season and has to be respected out there, but how did he come up with his shooting form? Watching YouTube videos. And not just any YouTube vids, because he said he didn’t search “good shooting form” or “how to shoot three pointers” but instead…

Then the light bulb went off, man. I typed in the magic words.

Listen, I know it’s a stereotype, but have you ever seen a normal, 30-year-old white guy shoot a three-pointer? That elbow is tucked, man. The knees are bent. The follow-through is perfect. Always. You know how in America, there’s always an older guy wearing like EVERLAST sweat-shorts at the court? That guy is always a problem. His J is always wet.

Those are the guys I learned from on YouTube. Just random people shooting threes with perfect form. Me and Michael [Frazier II, who went on to play in college at Florida] would play after practice for hours, and I’d just try to imitate how they shot the ball, and I started being able to compete. It was crazy, because getting some range changed my whole game. Teams couldn’t play off me anymore, and I started doing a lot better.

It’s worth reading the entire piece, Embiid talks about the misconceptions of what it was like growing up in Cameroon. How his parents were strict, how he used to sneak out of the house to play soccer, and when he wanted to play basketball his father told him to play volleyball. (For the record, Embiid would probably be really good at volleyball.) He talked about wanting to be Kobe, about being invited to Luc Mbah a Moute‘s camp in Cameroon and how that changed his life, about Tarik Black dunking on him at Kansas, about almost quitting, and about how his parents’ worth ethic and how much they valued education kept him going.

It’s a great story. And it includes some random white dudes on YouTube.

Final days of hajj and Eid festival impacted by coronavirus

Pain in lower back: This underlying deficiency may be the cause – how to treat it