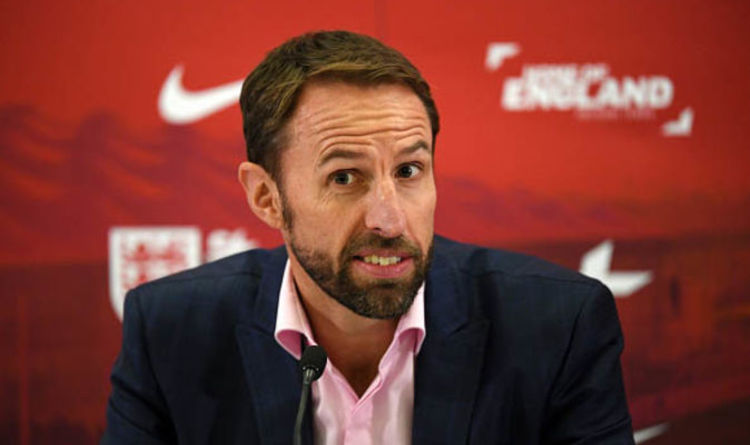 And the England manager used his first full debrief after the World Cup to put the notion of feeder clubs back onto the agenda.

Disturbingly, just 66 of the 220 players to start games in the Premier League last weekend were qualified to play for England. Overall this season the average has been 31.2 per cent, down significantly from last season’s tally of 33.2.

This situation is more alarming at the very highest level. Only 19.2 per cent of starts have been awarded to English players in the teams that finished in the top six last season.

Southgate suggests there is a very different picture painted though when clubs like Chelsea snap up eager young talent as young teenagers for their bulging academies.

“If we are encouraging kids to go into academies then presumably we are selling them the dream that they can play first-team football,” Southgate said. “There is an ethical challenge there.

“To get into the first team at one of the big clubs is a harder challenge, so you have accept that it is easier to break through at a smaller club.

“But if some of the big clubs have a stockpile of some of the most talented players, then there is a danger that there is a ceiling for those guys, and is the opportunity there?

“I don’t think the under-23 League is the answer. Most clubs push their best young ones into that but there comes a point they have to play in front of a crowd. They have got to play in games where there are consequences if they do not win.”

“If you speak to any players in our team who have come through, they recognise it is a key part to them becoming a professional and a top player.

“I know a lot of the foreign coaches would say B teams. Whether that could work here is a huge emotional debate but it is not something we can leave.

“We saw in the summer what enjoyment the national team can bring and if we do not try and affect that we are on a graph that is heading heavily downwards, particularly with the top teams.”

In the short term, he has told Phil Foden and all other hopeful young England internationals that they have to make themselves more “selectable” to be considered at senior level.

Southgate had widely been expected to give a call-up to Manchester City midfielder Foden for the double-header against Spain and Switzerland at the end of next week after the 18-year-old finally made his Premier League bow against Huddersfield on top of an impressive start against Chelsea in the Community Shield.

However, the England manager is adamant that a Three Lions call-up should be preserved as a serious honour that has to be earned.

“What have they done to warrant an England senior call-up?” he asked of the up-and-coming talent on the fringes of selection.

“We’re as excited by them as anyone else, but given the profile of some of those lads at the moment we’ve got to be really careful.”

“Those guys have a got a good mentality and can cope with most things, but there are issues.

“There are responsibilities for players, firstly to make yourself selectable. You’ve got to make sure you are the best possible professional and as good a player as you can.

So it’s not just about everybody else. Take ownership of your decisions,” he added.

“Some are taking a brave move. There’s been seven or eight who have taken a step abroad and what is clear is that younger players get an opportunity in those league. And unless they have the opportunity to play it’s very hard for them to progress.”