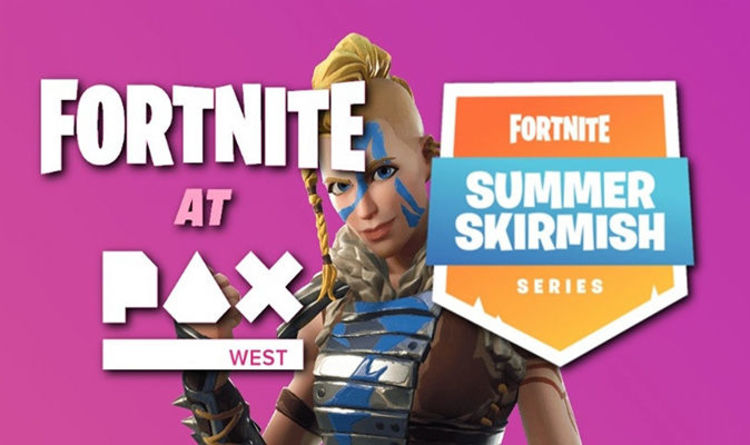 Fortnite’s final Summer Skirmish event is about to kick off at PAX West.

The week 8 Summer Skirmish schedule kicks off at on Friday, August 31 and runs until September 3.

Things are slightly different for week 8, which is open to all PAX West attendees. You can watch it for yourself on the Fortnite Twitch channel.

“We’re kicking things off with three Stage one heats every day, running Friday to Sunday,” Epic explains. “These will be open to the first players to register on site each day.

“Each heat will play a mini-series of two matches to determine placements. The top 32 players at the end of each Heat will move on the the Stage Two Nightly Qualifier for that same date.”

The top 33 players from the stage two qualifiers advance to the grand finals on Monday, September 3.

Epic describes the grand final as a six match brawl, which will determine who wins the prize money.

The week 8 format sees players earn three points for a Victory Royale and other points for eliminations and top ten finishes.

As an added bonus, players who score a victory royale in the grand finals will earn a bonus $25,000 in prize money.

The final Summer Skirmish competition will be a 3-Stage Solo event held Friday to Monday. At each Stage, players will earn points based on the following scoring system:

PS5 pre-order STOCK: How to secure a next-gen PlayStation console for launch

Monty Don pays emotional tribute to dog Nigel in heartfelt interview: 'This is for him'

Jimi Hendrix girlfriend: Inside the love life of guitarist before death