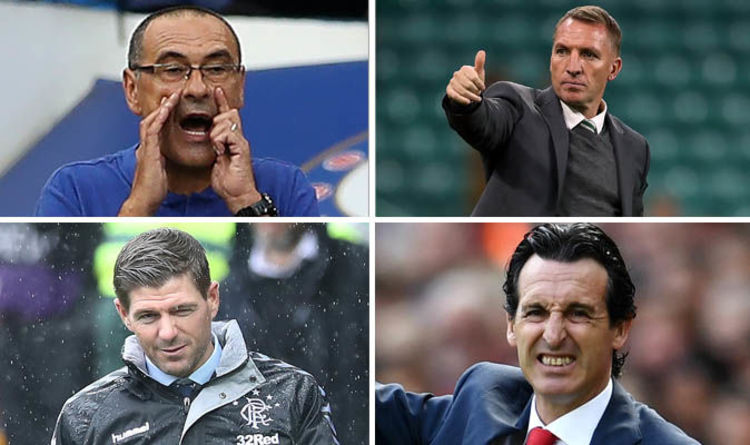 There will be four British teams competing in the Europa League group stages this year after both Celtic and Rangers booked their place by winning their respective playoff matches last night.

The English representatives are both Chelsea and Arsenal after they finished fifth and sixth in the Premier League last season respectively.

Chelsea and Arsenal were both in Pot 1, giving them the best chance of drawing an easier group.

And they will be favourites in their respective groups after the draw was made this afternoon.

Rangers were forced to go through the entire qualifying rounds to reach the group stages.

Steven Gerrard’s side beat Shkupi, Osijek, Maribor and finally FC Ufa to qualify for their first European competition since 2012.

The Light Blues have been drawn to face Spartak Moscow, Rapid Vienna and Villarreal.

In contrast, Celtic started the season with hopes of qualifying for the Champions League but they were defeated by AEK Athens in the third qualifying round, forcing them to face Suduva in a playoff.

The Hoops ended up wining 4-1 on aggregate to reach the group stages and they were drawn against FC Salzburg, RB Leipzig and Rosenborg.

The first set of fixtures will take place on Thursday, September 20.